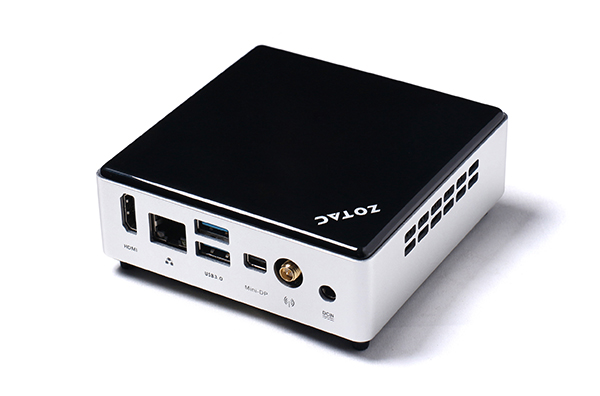 We mentioned before that Mini-PCs are now the fastest growing categories of PCs and to capitalize on its momentum, Zotac has released its new ZBOX MI521 nano XS Mini-PC.

The new ZBOX MI521 nano XS features a revised chassis that remains extremely small and compact - small enough to fit in the palm of your hands. It has has been updated with the Intel's new fourth generation Core processor, specifically the dual-core 1.9GHz Core i3-4010U. It supports up to 16GB of RAM via its two SO-DIMM slots and also a single mSATA drive.

On top of this, it will offer both HDMI and Mini-DisplayPort outputs, which can be used simultaneously to drive two displays. Additionally, it will also support the latest Wireless-AC standard for enhanced Wi-Fi performance.

The ZBOX MI521 nano XS will come in two variants - a regular barebones version and a "Plus" version that comes outfitted with 4GB of RAM and a 128GB mSATA SSD.