Zotac has launched its GeForce GTX 1080 card, fitted with the ArcticStorm liquid-cooling waterblock!

Zotac has launched its GeForce GTX 1080 card, fitted with the ArcticStorm liquid-cooling waterblock! 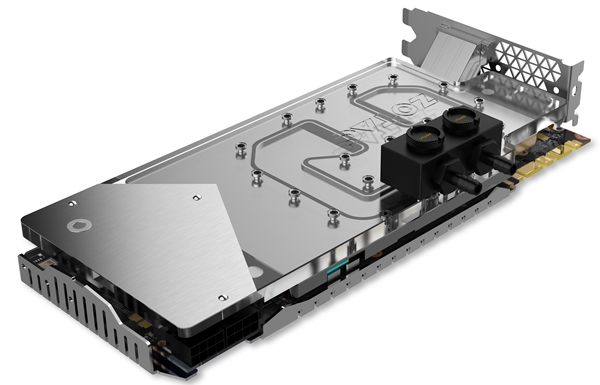 Zotac has just announced its NVIDIA GeForce GTX 1080 ArcticStorm graphics card. It comes with the ArcticStorm liquid-cooling waterblock, with a metal wraparound backplate. The card’s waterblock features a pair of G1/4 thread, ⅜-inch fittings that will fit your corresponding liquid-cooling system. In addition, there are also proprietary features like Direct Copper Contact with Micro-Channels. For visual effects, the card supports the Spectra Lighting system, whose lighting effects is software-controlled. 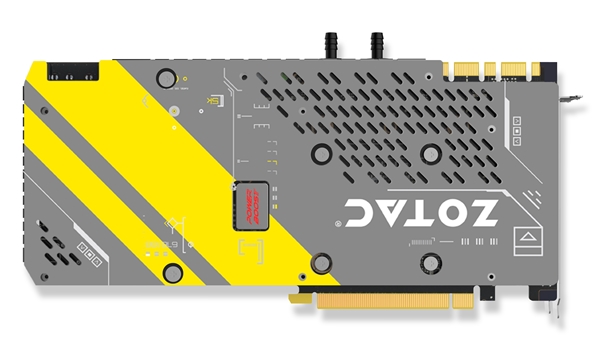 In spite of its souped up cooling system, the Zotac GeForce GTX 1080 ArcticStorm has a base clock of 1632MHz, and a boost clock speed of 1771MHz. They look rather muted, especially In comparison with air-cooled counterparts, Zotac GeForce GTX 1080 AMP Edition and AMP Extreme. These cards have base clock speeds from 1683MHz onwards, and their boost clock speeds range from 1822- to 1933MHz. As for its 8GB of GDDR5X video memory, they operate at the default speed of 10,000MHz. 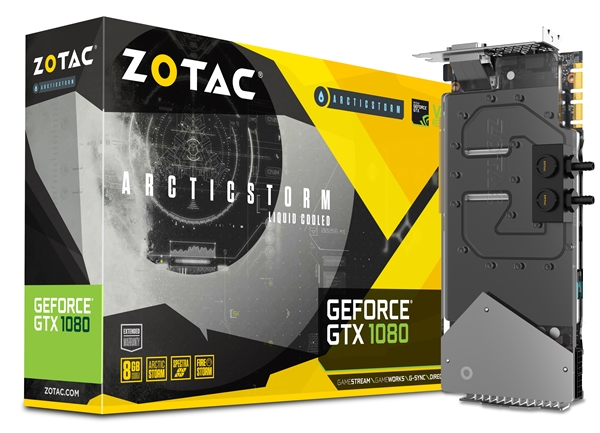 There isn’t word on the local price and availability of Zotac’s new GTX 1080 card, but do rest assured that we will keep you updated once we get more information.