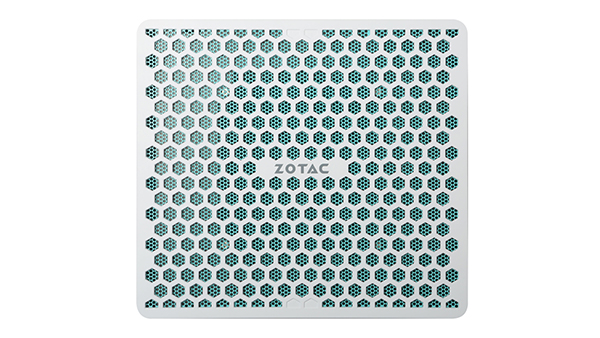 Zotac has unveiled the Magnus EN980, a new top-end mini PC that packs an NVIDIA GeForce GTX 980 graphics card. It is designed to deliver the best possible gaming experience for such a small form factor, and even comes with its own liquid-cooling system to keep all the high-performing components running cool.

However, given that this is still a mini PC, it’s not clear at this point whether this is in fact a desktop-class GeForce GTX 980, or the smaller GeForce GTX 980M that is usually found in notebooks. It’s also worth noting that the Zotac Magnus EN970 (which the Magnus EN980 replaces) actually features an NVIDIA GeForce GTX 960 instead, so this wouldn’t be the first time that Zotac’s specifications aren’t what they seem at first blush.

Still, the presence of the liquid-cooling system does indicate that there is a good chance that we might be looking at a full-fledged desktop GeForce GTX 980, most likely the more compact version that has been designed for notebooks.

Zotac has been sparse on details regarding the other specifications – possibly because this is just a barebones system – but we do know that it will come with a sixth-generation Intel Core i5 processor and feature video outputs for both HDMI and DisplayPort. There will also be a USB 3.1 (Gen 2) Type-C port for next-generation peripherals, in addition to dual Gigabit LAN ports and support for 802.11ac Wi-Fi.

The Magnus EN980 is being marketed as one of the smallest VR-ready PCs on the market (the minimum graphics requirement for the Oculus Rift and HTC Vive is an NVIDIA GeForce GTX 970). It appears particularly suited for headsets like the Vive, which require a good-sized playing area and are perhaps best used in the living room, where you’d much rather set up a mini PC than a hulking tower chassis.

No pricing or availability information has been released yet, but Zotac will be exhibiting the Magnus EN980 at the upcoming CeBIT and GDC 2016.

Join HWZ's Telegram channel here and catch all the latest tech news!
Our articles may contain affiliate links. If you buy through these links, we may earn a small commission.
Previous Story
Goodyear really needs to invent this wheel
Next Story
Leaked photo of iPhone 7 chassis show larger camera and redesigned antenna lines