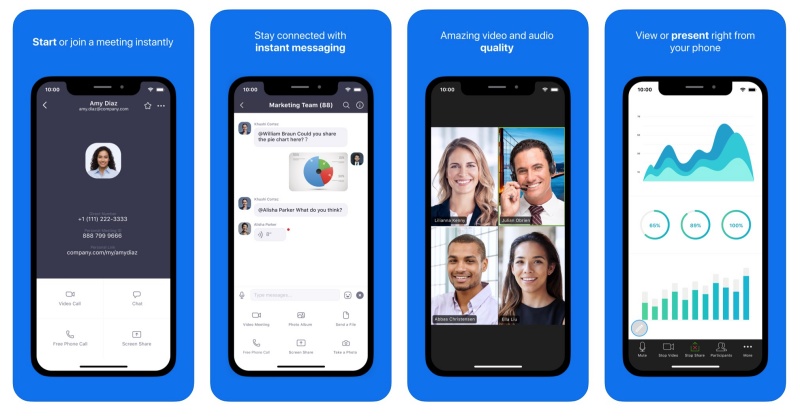 Updated on 29 March: Zoom has issued an update to the iOS app which removes the code that sends device data to Facebook. In a statement to Motherboard, Zoom says it takes users' privacy extremely seriously and sincerely apologises for the oversight.

Zoom is one of the most widely used video conferencing apps during the Covid-19 outbreak as businesses and employees use it to replace physical meetings. However, its iOS app could be in violation of user privacy laws.

Motherboard discovered that the Zoom iOS app is sending some analytics data to Facebook, even if the Zoom users don't have a Facebook account. While it is not uncommon for this sort of data transfer to occur when using Facebook's SDK, Motherboard claims that Zoom users are not aware that the data transfer is happening or that a particular product could be providing data to another service.

The data sent to Facebook can include details on the Zoom users' devices, the time zone and city they are connecting from, the telcos they are using, and a unique advertiser identifier created by the users' devices for companies to use to push targeted ads. Will Strafach, who is an iOS reseacher and founder of privacy-focused iOS app Guardian, confirmed Motherboard's findings.

"I think users can ultimately decide how they feel about Zoom and other apps sending beacons to Facebook, even if there is no direct evidence of sensitive data being shared in current versions," he told Motherboard in a Twitter direct message.

Join HWZ's Telegram channel here and catch all the latest tech news!
Our articles may contain affiliate links. If you buy through these links, we may earn a small commission.
Previous Story
2020 iPad Pro teardown offers first look at LiDAR Scanner
Next Story
MacBook Air models with Retina displays may have anti-reflective coating issues (Updated)