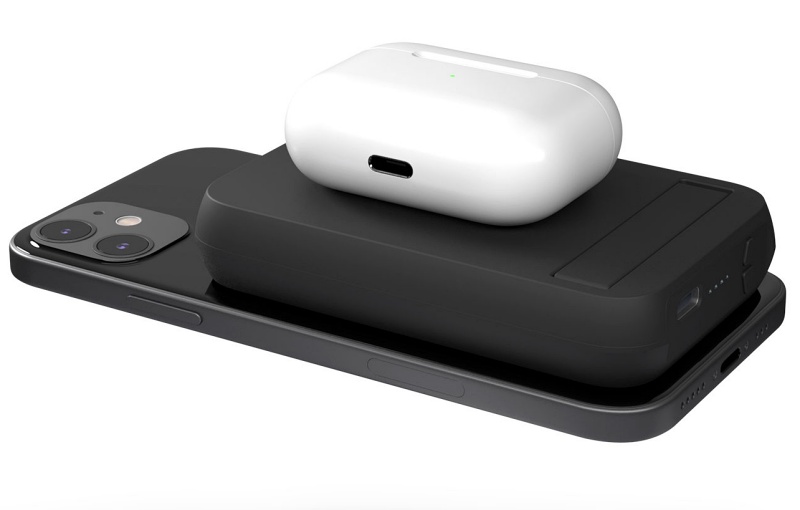 As the entry-level model of the lineup, the Magnetic Single Powerbank (ZEPP01M) does not come with a stand to support wireless charging in portrait or landscape mode. It comes with a 4,000mAh battery which can be charged via USB-C.

The Single Powerbank with Stand (ZEPP02M) is the only one in the lineup that can be charged wirelessly via a Qi charger on top of the supplied USB-C cable. It comes with an integrated stand and a 4,000mAh battery.

The Dual Powerbank (ZEPP03M) is the most unique of the lineup; you can charge devices (e.g. an iPhone 12 and AirPods Pro) on both sides of the power bank. Like the previous two power banks, the ZEPP03M comes with a 4,000mAh battery and can be charged via USB-C.

The Powerbank with Stand (ZEPP04M) has the biggest battery capacity at 10,00mAh. It lacks support for Qi wireless charging and comes with an integrated stand.

Zen's new MagSafe power banks are available for purchase from 49.99 euros on its website. Zen has an extensive lineup of wireless chargers for the iPhone such as the modular wireless charging system that can support up to 6 devices, and a wireless charger with 16 coils to charge two devices anywhere on the mat.

Join HWZ's Telegram channel here and catch all the latest tech news!
Our articles may contain affiliate links. If you buy through these links, we may earn a small commission.
Previous Story
Google gifts Android with six new features across alerts, encryption, driving, and more
Next Story
Realme launches Realme GT, its 2021 flagship phone with 5G connectivity