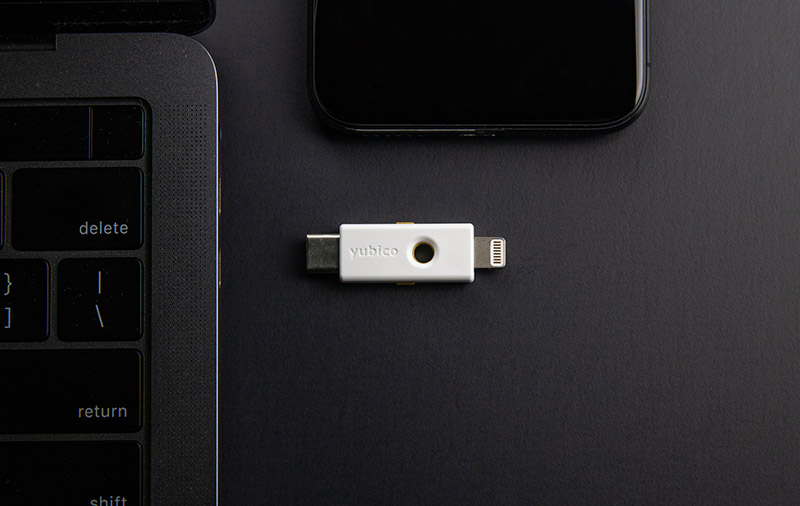 At CES earlier this year, Yubico showed off YubiKey for Lightning, a physical security key that’s approved by Apple to work with iPhones and iPads.

Recently, Yubico announced that YubiKey for Lightning has been renamed to YubiKey 5Ci, and the device is on track to be released end of the year. The company has also expanded the key’s preview program so more partners and app developers interested in the 5Ci can get access to the SDKs and a preview device for development and testing.

For those hearing YubiKey for the first time, it’s a hardware authentication device that offers one-tap login and works with most online services. Offered in a variety of personal and business versions, the YubiKey 5 series is the company’s latest consumer YubiKey, and is available in USB-A, USB-C, keychain, and nano form factors. The portable root of trust supports multiple authentication protocols, including FIDO2, WebAuthn, U2F, OTP, PIV (smartcard), as well as OpenPGP.

The upcoming YubiKey 5Ci is the first YubiKey to support Apple’s Lightning connector. It also has a USB-C connector on one end, which means it will additionally work with Apple’s newest portables that support USB-C.

According to this release on Business Wire, the YubiKey for Lightning preview program has gotten an overwhelmingly positive response, and many well-known organisations and developers have signed up and since added (or are adding) 5Ci support to their apps. They include: 1Password, Brave browser, Dashlane, DoD PKI Purebred, Keeper Security, Monkton, LastPass, Secmaker, and XTN.