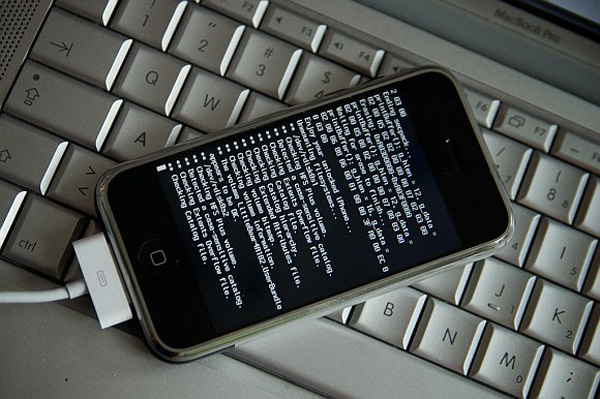 It seems like nothing is as secure as it once was. With the constant race to churn out better firmware with upgrades, small things can easily be overlooked. To somebody with the right knowledge and tools, these small things can be all that's needed to bring down the sky. That's the exact case that researchers at Skycure have discovered, a small flaw that can eventually lead to a complete crash of the iOS platform. While Skycure uses the iPhone as an example, it stands to reason that other Apple devices that use iOS 8 are also vulnerable.

The initial flaw is just a simple one. The team discovered that they can make any apps that use SSL certificates crash, by using doctored SSL certificates. That doesn't sound too bad right? So an app crashes, big deal. That is until you learn that the doctored SSL certificates somehow affects the underlying iOS framework as well. So if you're getting hacked constantly (using a DDoS attack for example) via the SSL certificate flaw, it'll eventually cause iOS 8 to crash. Worse still, with a little tweaking, the team at Skycure managed to create a hack that causes an iOS 8 device to constantly reboot itself, rendering it basically useless.

So how does the hack occur? Via Wi-Fi. If your iOS device automatically connects to any unsecured Wi-Fi hotspot, you're a potential victim. In fact, even if you don't allow unsecured connections, you could still be a victim. Skycure had previously disclosed another iOS hack they called WiFiGate, which is a flaw that a hacker could use to force your iOS device to connect to their network. WiFiGate, if combined with the recently discovered Wi-Fi hack, could prove devastating if unleashed in certain locations, like airports or stock exchanges. It could establish a "No iOS Zone", as Skycure calls it, a dead zone where all iOS devices are affected by the hack, rendering them useless.

Here's the real scary part; there's nothing you can do about it short of disabling Wi-Fi completely on your iOS 8 device. If you do find yourself being hacked this way, the good news is that if you move out of range of the Wi-Fi, your devices will go back to operating normally, with no permanent damage done.

Skycure is currently working with Apple to patch out the vulnerabilities but until they do, you might want to keep a very close watch on suspicious Wi-Fi hotspots.

Join HWZ's Telegram channel here and catch all the latest tech news!
Our articles may contain affiliate links. If you buy through these links, we may earn a small commission.
Previous Story
A 4K TV from LG this year can cost as low as S$1,199, and as high as S$149,999
Next Story
Thermaltake launches white variant of Core X9 E-ATX cube case