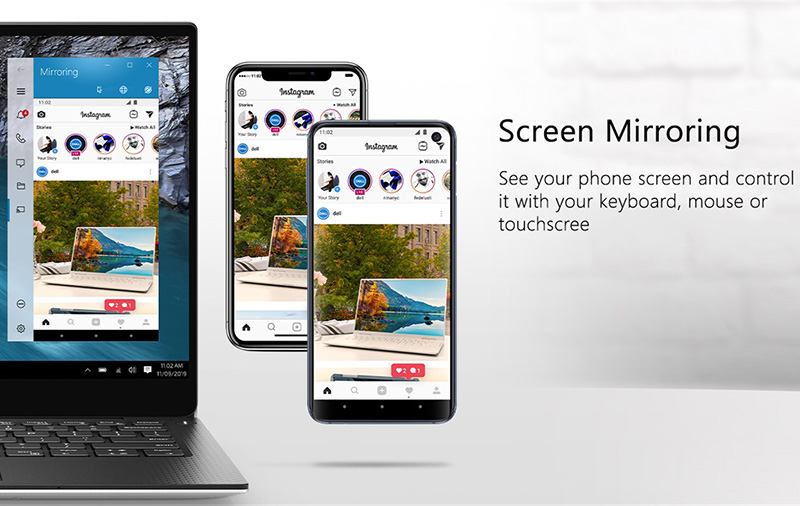 With just under 10% desktop OS market share, it’s safe to say that there are more Windows users than macOS users. But there are a lot of iOS users, too. So how can you make your life easier if you’re using an iPhone but a Windows PC?

If you’re toting a Dell laptop, know that the American PC maker has just released a major update for its Dell Mobile Connect app. Typically known for helping you get app notifications on your Dell PC, the new version 3 update now lets you drag and drop photos and videos that are on your iPhone to the computer.

The Dell Mobile Connect app also lets you make hands-free phone calls and send texts right from the PC. With the latest version, the app no longer needs to be in the foreground when you send an SMS message. Screen mirroring is also supported and you can control your iPhone with your desktop keyboard and mouse or even the touchscreen.

To get this Dell Mobile Connect system to work you need to install two apps: one on your iPhone and one on your Dell Windows 10 PC. Not all Dell PCs are supported, though — you need to have a 2018 or newer model. Also, your iPhone needs to be running at least iOS 11. Even then, mirroring and file transfer won’t work unless you’re on iOS 13.

Previous Story
MacBook Air teardown reveals it is 0.5mm thicker because of the new Magic Keyboard
Next Story
Apple is considering to delay the launch of its 5G iPhones