Well, it does have every single airport in the world.

Microsoft has just announced the system requirements for Asobo Studio’s Microsoft Flight Simulator, and it’s a doozy. The official requirements state that the game will take up to 150GB of space, which actually isn’t that surprising considering its scale.

Microsoft Flight Simulator is aiming to be the most ambitious flight sim in the series yet, featuring 37,000 airports and recreating the entire planet Earth. Microsoft Azure technology is being used to render realistic in-game versions of the world’s features, such as foliage, buildings and bodies of water.

But 150GB isn’t all you’re going to need to play this particular game. Check out the full official requirements below: 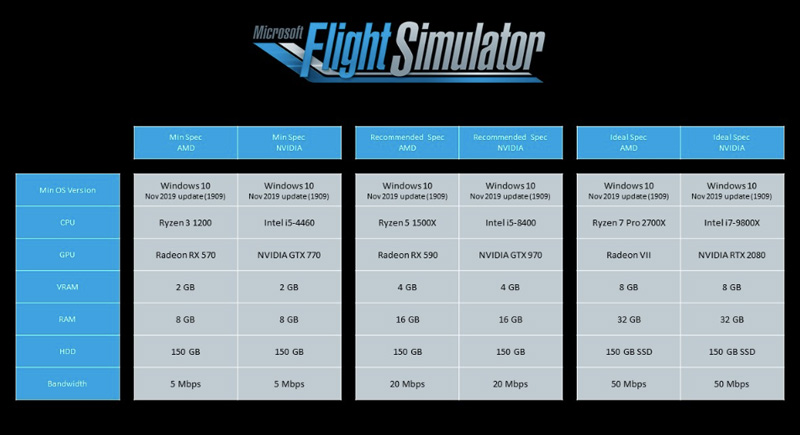 Microsoft Flight Simulator hasn’t received a release date yet, but the game can be tested in alpha for now.