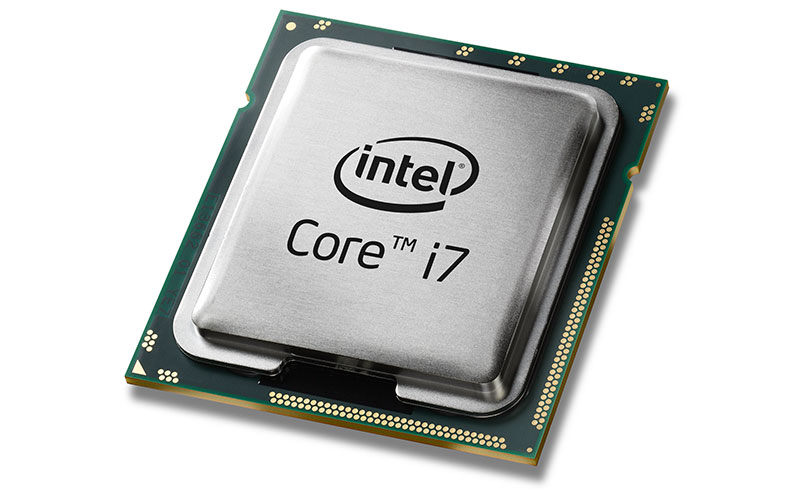 If you own an Intel Z270 motherboard and were hoping to upgrade to the next generation of Intel processors, you’re probably out of luck. In a Twitter post last Saturday, motherboard manufacturer ASRock confirmed that Intel’s upcoming Coffee Lake processors will not work with existing 200-series boards.

While there were similar rumors floating around in the period leading up to Kaby Lake’s release, they turned out to be inaccurate as Kaby Lake chips do work with Intel Z170 boards.

However, ASRock’s tweet seems to make it all but certain that Coffee Lake processors will require new motherboards, so owners of Z170 or Z270 boards won’t be able to upgrade to the new 8th-generation chips. That said, it looks like ASRock has since taken the tweet down, so it may be that this was an inadvertent reveal. 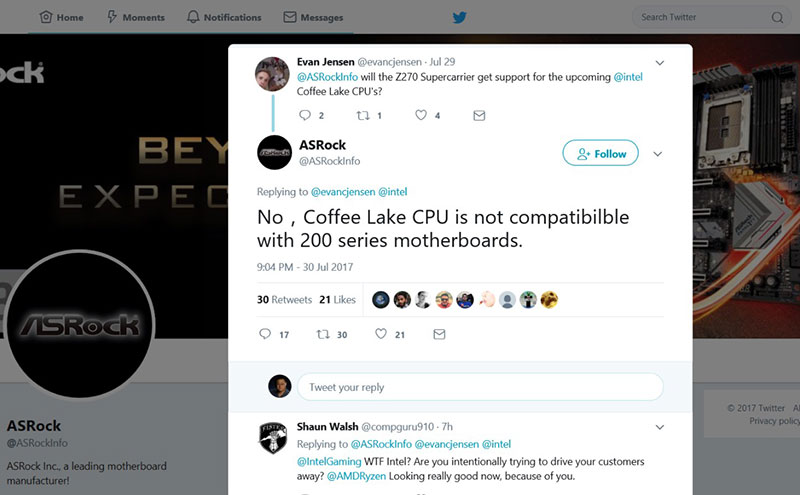 While new customers won’t be affected by this news, there’s going to be a sizeable crowd of enthusiasts and system builders who will sorely lament the lack of upgradeability.

An open upgrade path rewards loyal users who have stuck with Intel, and the closing off of the upgrade route risks making AMD’s Ryzen CPUs look more attractive, especially if system builders are looking to try something new.

One could say that Intel was just trying to drive sales by forcing consumers to buy a new motherboard with its new chips. However, there could also be myriad other reasons, and it may be that certain features of Coffee Lake will require a 300-series chipset for proper support.

For instance, there are rumors that Coffee Lake will be the first to offer a six-core mainstream chip, so Z270 may simply not be able to support the higher power requirements.

In addition, the news may also affect the sales of Z270 motherboards as the year winds down to a close. It just became a lot less attractive to buy a Z270 board at this point in time, and someone who chooses not to hold out for Coffee Lake may instead choose AMD’s Ryzen processors and AM4 motherboards.

Furthermore, AMD has said that it is committed to AM4 till at least 2020, so users know that they are assured of an upgrade path and won’t be shut out any time soon.

Join HWZ's Telegram channel here and catch all the latest tech news!
Our articles may contain affiliate links. If you buy through these links, we may earn a small commission.
Previous Story
Release date of Galaxy Note 8 reportedly set for mid September
Next Story
Read more than 100 SPH digital magazines for free at OCBC bank branches