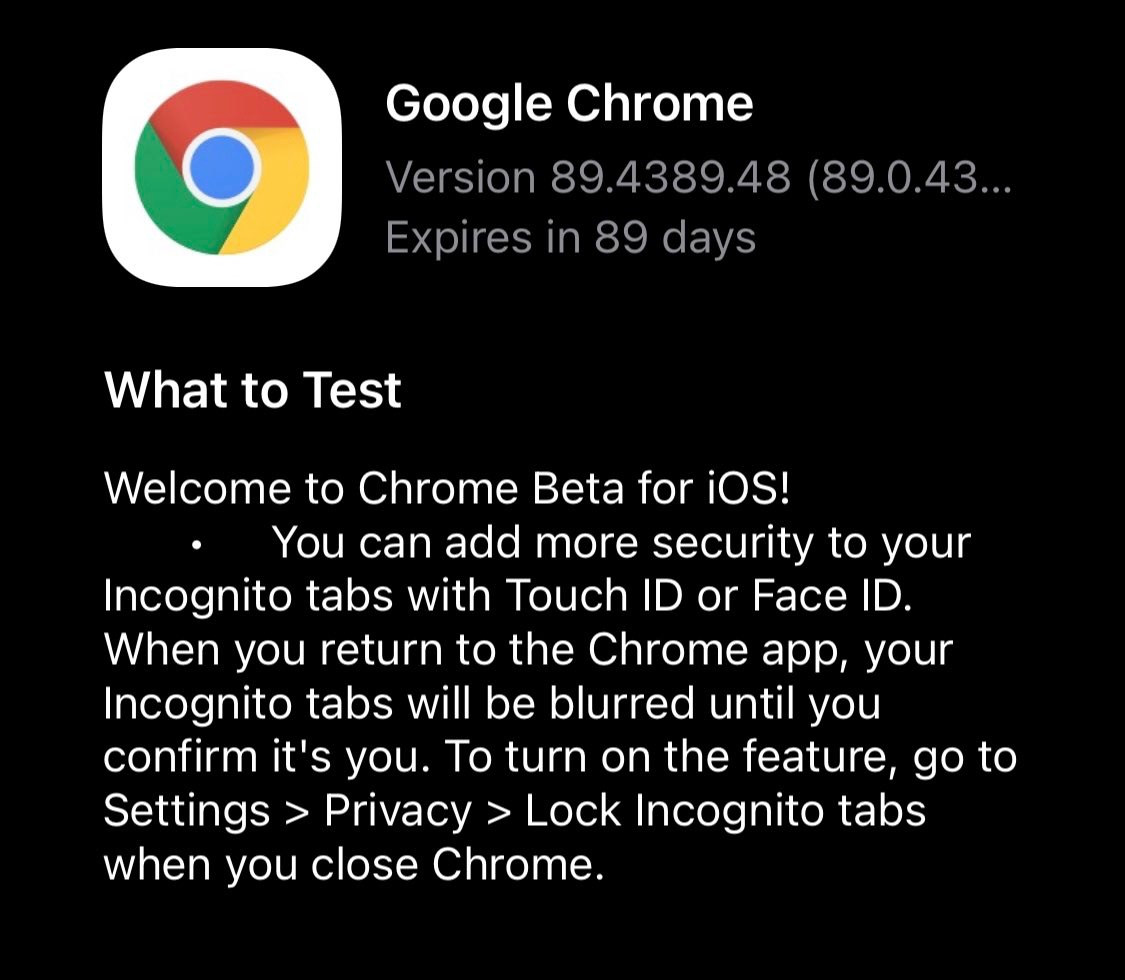 A new privacy feature is coming to Chrome on iOS.

Spotted by The Verge, update notes for Chrome 89 beta on iOS indicate that incognito tabs can be secured with Touch ID or Face ID. The Incognitio tabs will remain blurred until the app is able to confirm the identity of the user. A similar feature is already implemented for Samsung's mobile browser where users can secure tabs with facial recognition or fingerprints.

Chrome 89 is slated for launch in early March, but it is unclear whether the Touch ID or Face ID feature will be ready.

Join HWZ's Telegram channel here and catch all the latest tech news!
Our articles may contain affiliate links. If you buy through these links, we may earn a small commission.
Previous Story
iPhone 13 could feature an always-on display and refined matte back
Next Story
Google Pay celebrates CNY 2021 with "Huat pals" angpow cashback (updated)