You can pre-order the NW-ZX2 High-Resolution Walkman today

You can pre-order the NW-ZX2 High-Resolution Walkman today 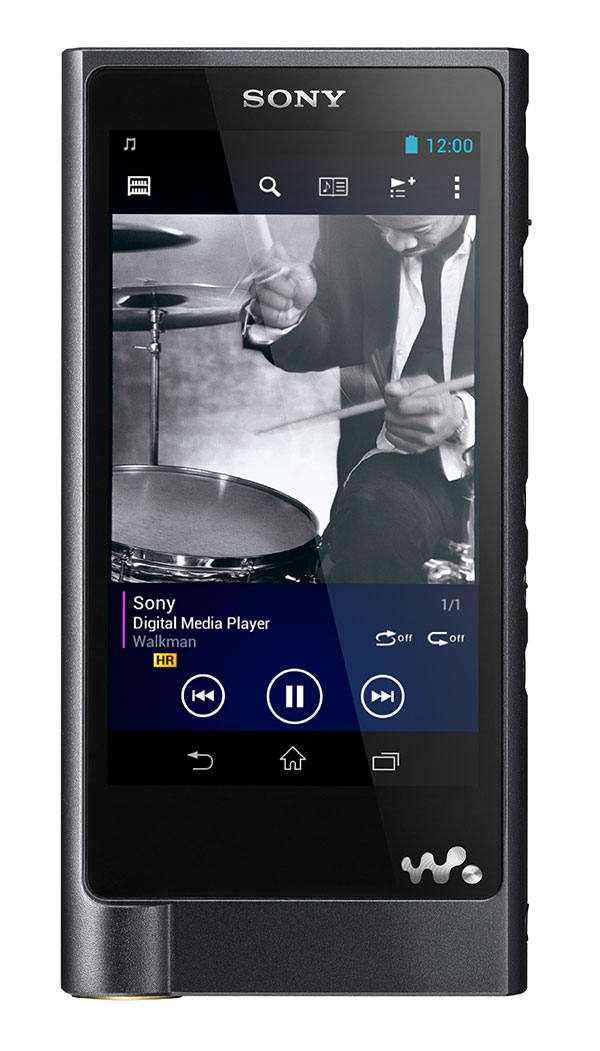 Remember the Sony Walkman NW-ZX2 that we first saw at CES earlier this month? To recap, this high-res audio player supports up to 192kHz/24-bit digital files, and will play audio in MP3, WMA, AAC, FLAC, AIFF, WAV, ALAC, and DSD formats. It comes with 128GB of built-in memory, Wi-Fi support, a large capacity lithium-ion battery that provides up to 33 hours of HRA playback time, and microSD card slot for easy memory expansion.

According to Sony Singapore, pre-orders for the NW-ZX2 will start today, January 29 until February 8, 2015 at all Sony Stores and Sony Centers, as well as Jaben and Connect IT. With every NW-ZX2 Walkman pre-ordered, customers will be entitled to download 20 songs in High-Res Audio quality for free.

If you prefer to buy it straight off the shelves, know that the NW-ZX2 will be available at all Sony Stores, Sony Centres, and selected authorised outlets from February 13. This hi-res Walkman has a recommended retail price of S$1,599.

At the same time, Sony has an exclusive purchase-with-purchase promotion at the Sony Stores and Sony Centers for some of its latest mobile audio products, such as the PHA-3 portable headphone amp, MDR-Z7 headphones, and XBA-A2 balanced armature earphones. 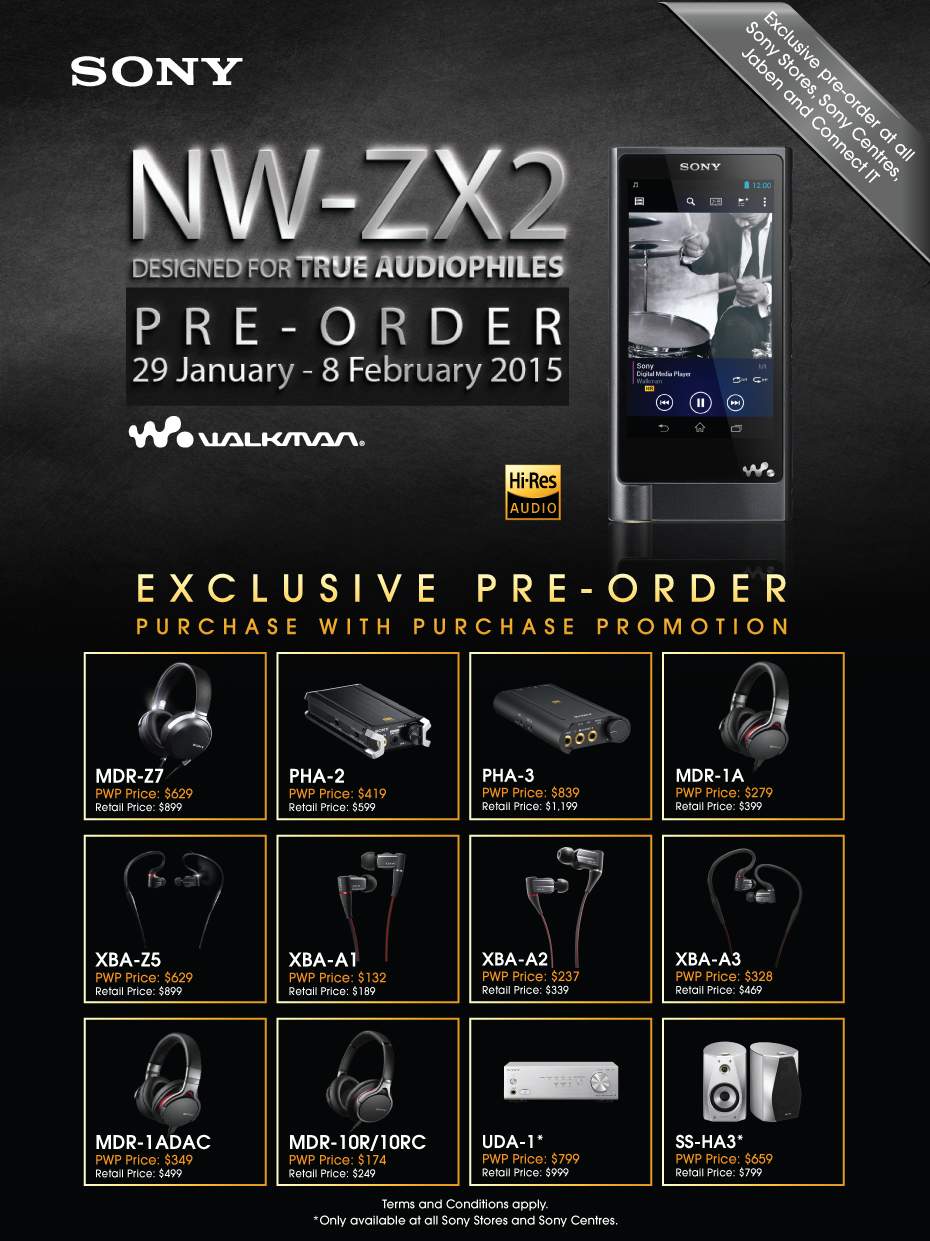