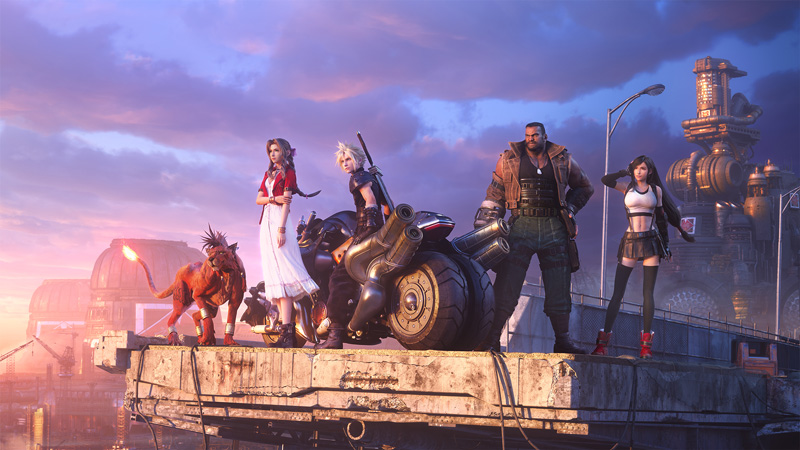 The Final Fantasy 7 Remake is upon us.

Square Enix has just uploaded the remake’s full opening cinematic, which changes some stuff up from the original’s. The cutscene opens up in a heavily industrial city - Midgar - and mirrors the very first teaser for the remake released back in 2015. We’re shown around Midgar, with all its machinery and automobiles. Several children play in a playground, and one gazes up at a massive and ominous energy reactor.

The cutscene then shifts to someone much more familiar - Aerith, a flower seller in the city. The game then shows off the entirety of Midgard in a breathtaking sequence, before moving to Cloud and Avalanche attempting to take down the Shinra Electric Company. We also hear just a taste of Sephiroth’s theme ‘One Winged Angel’. Sephiroth won’t meet these characters for a while, but we’re already dreading his arrival.

Looking for a nostalgia kick? Check out the original opening to the 1997 videogame below:

The Final Fantasy 7 Remake releases on April 10, 2020 on the PlayStation 4. Can’t wait? Check out some gameplay here.

Previous Story
A teaser for Stranger Things Season 4 reveals that *spoiler* was alive all along
Next Story
Listen to Billie Eilish's theme song for James Bond: No Time to Die