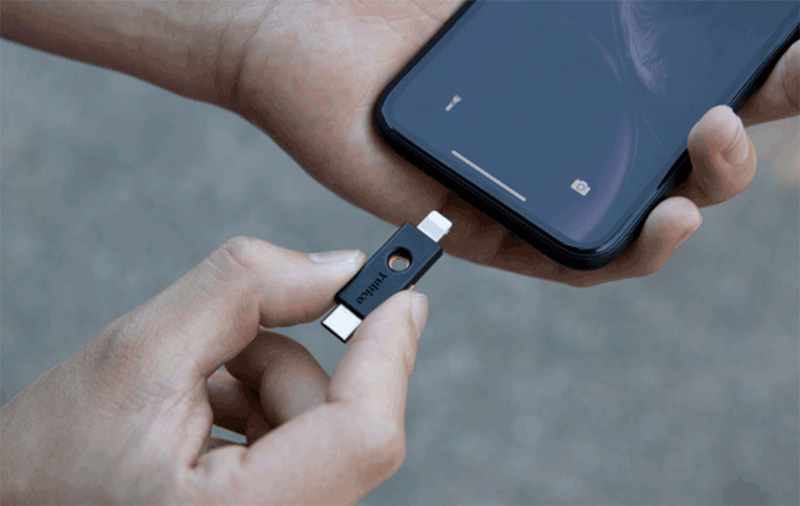 Google has announced that it’s now rolling out a change to allow personal and work Google accounts on Apple devices running iOS 13.3 and above to use physical security keys that support W3C’s WebAuthn standard to directly access its apps and services.

For those unaware, the iOS version requirement is there for a reason.

For a while, Apple didn’t fully support security keys on iOS. For instance, prior to iOS 13.3, Google’s Titan security key requires the use of the company’s Smart Lock app; and as part of Google’s Advanced Protection Program, only select third-party apps and Apple apps such as Mail and Calendar can access your Google data. Also, on the older versions of iOS, only the Bluetooth key works with iPhones and iPads.

Of course, all this changed when Apple released iOS 13.3 in Dec last year, which added support for USB, NFC, and Lightning FIDO2-compliant security keys to the system and mobile Safari.

This means in addition to using a Bluetooth key with the Smart Lock app, you can now plug a USB-C or USB-A key (with a Lightning-to-USB adapter) directly into an iPhone or iPad, as well as use security keys such as the YubiKey 5Ci in browsers like Safari and Brave to access supported web services.

In Google's case, this also means that you now have more and easier ways to access its apps and services on iOS if you’ve set them up to use a physical security key as the second factor.

For those wondering, macOS has supported WebAuthn since Safari 13 that was released in Sep last year.

Join HWZ's Telegram channel here and catch all the latest tech news!
Our articles may contain affiliate links. If you buy through these links, we may earn a small commission.
Previous Story
Sega's new retro gaming device is hilariously tiny
Next Story
The Eve Cam is a security-focused camera that supports Apple’s HomeKit Secure Video