After a successful trial since the third quarter of last year, Singtel has just announced that it’ll be offering its 10Gbps fiber broadband service to residential customers in Singapore starting this month.

Based on a 10G-PON (10 Gigabit Passive Optical Network) architecture, this will be the fastest residential optical fiber broadband service offered by any providers in Singapore, a title currently held by ViewQwest’s 2Gbps plan. For enterprises, M1 had already announced such a service in 2014, and launched its XGPON service in August last year. (Update: SuperInternet has also announced a 10Gbps plan for home users.)

Singtel’s 10Gbps Fiber Home Bundle plan has a 24-month contract period, and the subscription fee per month is S$189. Needless to say, a wired connection is required to take full advantage of the speed. The provided Huawei optical network router (ONR) has four 1Gb Ethernet ports, though more importantly, it has one 10Gb Ethernet port that users can connect to a computer with a 10Gb Ethernet (10GBase-T) card or a Thunderbolt 2 to 10 gigabit Ethernet adapter (e.g., this Promise SANLink2 Thunderbolt 2 bridge adapter). 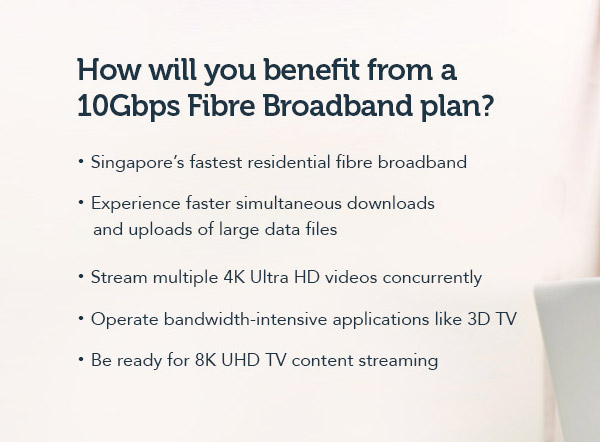 However, take note that while Singtel quotes a download speed range of 500Mbps to 8Gbps and up to 2Gbps upload speeds, real-world performance may differ due to many other factors, such as the bandwidth of the destination application or web server, as well as devices used and your networking setup. Singtel is also bundling a Arcadyan wireless dual-band AC router.

Other freebies and offers include the following:

Also included as part of the launch promo is a complimentary Wi-Fi Mesh Dual Pack that’s worth S$240. In short, this is a solution that uses Wi-Fi Mesh devices positioned at different parts of your home and which communicate with one another to expand your home broadband network’s wireless coverage range.

You can register your interest for Singtel's 10Gbps fiber broadband at www.singtelshop.com/10GbpsFibre from February 3 to 15. More info can be found in this FAQ.

And here's a list of system requirements, courtesy of Singtel: 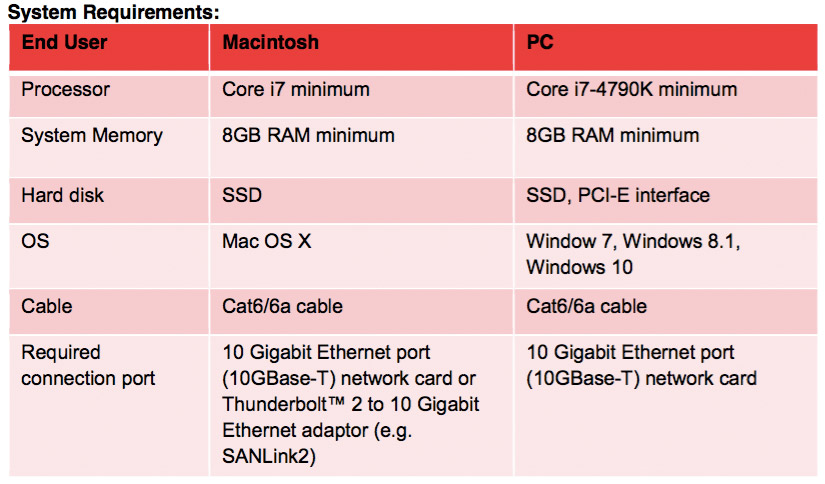 Join HWZ's Telegram channel here and catch all the latest tech news!
Our articles may contain affiliate links. If you buy through these links, we may earn a small commission.
Previous Story
ZAGG purchases battery case maker Mophie for US$100 million
Next Story
Uber just got a makeover with a brand new logo and branding