You can now enjoy a full hour of dancing Baron Zemo, courtesy of Marvel

You can now enjoy a full hour of dancing Baron Zemo, courtesy of Marvel 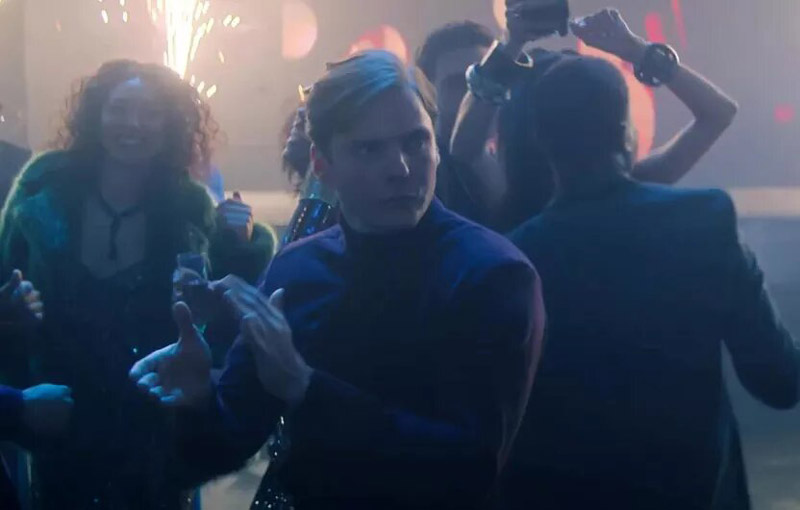 The perfect appetiser for this week’s new episode.

A two-second scene of Baron Zemo getting down on the dance floor in The Falcon and the Winter Soldier recently took the internet by storm, with fans demanding that Marvel release an extended version. Well, the madlads at Marvel Studios have actually gone and done it. They’ve released a full hour of dancing Baron Zemo, and it’s pretty fantastic.

Watch the video in all of its head-bopping glory below:

Of course, it’s not a full hour of new footage. Zemo’s actor Daniel Bruhl had confirmed that a longer take of him dancing existed, and was cut down for the episode during a clubbing montage in Madripoor. This is essentially 20-ish seconds of extra dancing Zemo looped over and over again for an hour and honestly, it’s what we deserve.

We only got to see Bruhl’s fist-pumping in the original episode, but now we get to see him inexplicably clapping to the beat and making approving gestures at the DJ, which makes this all worth it. The Twitter hashtag #Zemo is now trending at over 50,000 tweets, so it’s safe to say that this little video has made fans very happy.

Here's what Bruhl had to say about the scene during an interview with Entertainment Weekly:

It's so hysterical. [That moment] was improvised when I saw the crowd dancing, going loco. I felt the beat and was like, Zemo has been sitting in a dodgy German prison cell for years. So, he needs to let off some steam and show his moves. Let's go for it! I enjoyed so much the reaction of Anthony and Sebastian looking at me. Still, I was 100 per cent sure that they would cut it out [of the show]. I was really surprised and happy that they kept it. It was a long dance. There's more to it, but they cut this little moment. I didn't know what was happening, but I then received all these messages from my friends cracking up.

Episode 3 was a nice little bit of respite from all the drama that’s been unfolding in The Falcon and the Winter Soldier, but we get the feeling that things are about to get much darker. Let’s not forget - Zemo is an untrustworthy killer, and his betrayal is all but inevitable. Check out our full breakdown of Episode 3 here, before a new episode drops later today.

Join HWZ's Telegram channel here and catch all the latest tech news!
Our articles may contain affiliate links. If you buy through these links, we may earn a small commission.
Previous Story
Logitech discontinues its Harmony remotes
Next Story
Data from 500 million LinkedIn accounts leaked online