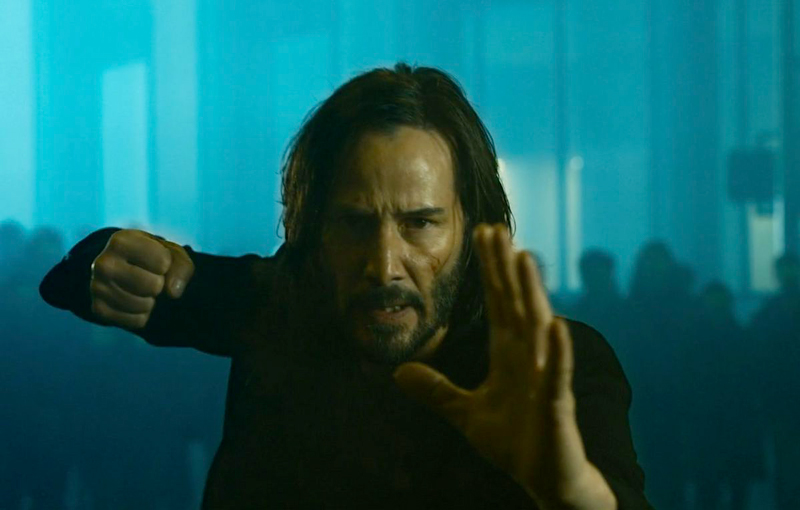 These are some early 2000s-era shenanigans.

Warner Bros. Pictures are teasing The Matrix Resurrections in a rather unique way before it hits theaters this December. The studio brought an old teaser website (whatisthematrix.com) back online, presenting users with the choice of taking either a red pill or a blue pill.

Each choice leads to a short video teaser playing out. If you take the red pill, you get a monologue from Yahya Abdul-Mateen II - who’s rumoured to be playing a young version of Morpheus. He tells you that nothing is as it seems. If you take the blue pill, Neil Patrick Harris narrates instead and tells you that what you’re experiencing is very much real.

Here’s the interesting part: each choice leads to a wide variety of clips from the movie playing out very quickly, and those clips seem to change on rewatches. Some speculate that there are hundreds of clips buried in the website, and one fan has even uploaded a supercut of some of them to YouTube:

Interestingly, both narrators make note of the exact time you view the teaser to the minute, which is a nice touch, even if it's a little unsettling. All the clips shown line up with descriptions of The Matrix 4 trailer shown off at CinemaCon in August. We see Neo questioning the nature of his reality, getting primed for a fight and even walking down an urban street in his iconic black coat. We also see Neo and Trinity reunite briefly.

The first proper trailer for The Matrix Resurrections will premiere on Thursday, 9 September - but you could always just check out the website if you’re feeling antsy. The movie releases in theaters on 22 December, 2021. Join HWZ's Telegram channel here and catch all the latest tech news!
Our articles may contain affiliate links. If you buy through these links, we may earn a small commission.
Previous Story
Nintendo launches official online stores in Shopee and Lazada
Next Story
Rock on with LEGO Ideas' new Fender Stratocaster set