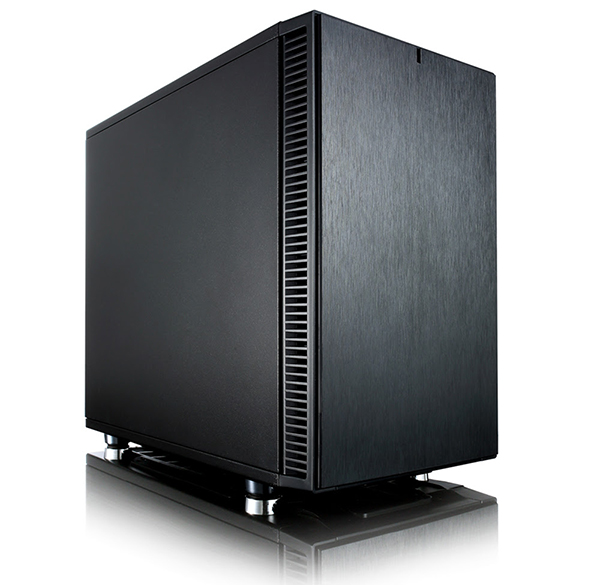 The MSI Vortex is a beastly small form factor PC, but if you prefer to put your system together yourself, you’ll appreciate what Fractal Design just came up with. The new Define Nano S is a mini-ITX case with the space to accommodate even the most powerful components, and it even comes with sound-dampening foam to keep your system silent.

However, the best part is that you should have no more problem building a high-performance PC than you would have in an ATX case. At 275mm wide, it is a fairly broad case and can fit CPU coolers up to 160mm in height, which pretty much includes all but the largest coolers on the market today.

More importantly, it has space for graphics cards up to 315mm in length, even with the front fans mounted, so you can fit in a powerful card like the NVIDIA GeForce GTX 980 Ti. Still, do note that there are just two expansion slots, so Fractal doesn’t recommend using cards that take up more than two slots because the power supply is meant to be installed directly below the motherboard tray. 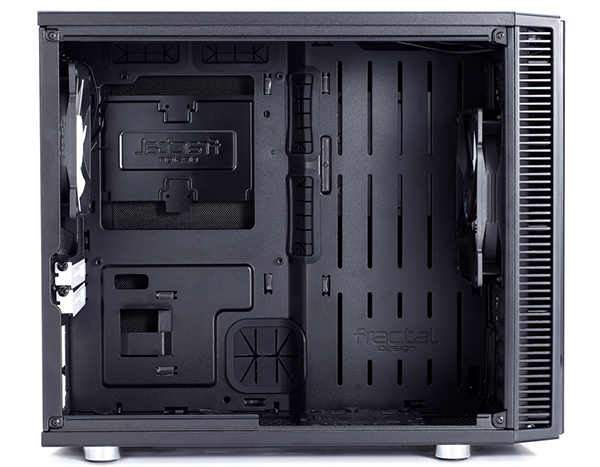 There are also decent storage mounting options with space for up to four drives – two SSD mounts and a single 3.5-inch mount on the rear of the motherboard tray, and a further 3.5-inch drive mount in front of an ATX power supply at the bottom.

In addition, there is room for water-cooling components, to the tune of a 240mm radiator at the top and a 280mm one in the front. There are also flexible mounting options for various pumps and reservoirs. However, if you choose to install a pump, you won’t be able to use the bottom 3.5-inch drive mount.

The Define S Nano ships with two Dynamic series fans – a GP-12 12cm fan in the rear and a GP-14 14cm fan in the front – and supports two more 12cm or 14cm fans at the top. These can be blocked or opened up with the ModuVent fan slot covers depending on whether you want less noise or more air flow.

The case is available in both windowed and non-windowed versions. The Define Nano S will go for US$64.99, while the Define Nano S Window is slightly more expensive at US$69.99. Both versions are expected to begin shipping in March.

Join HWZ's Telegram channel here and catch all the latest tech news!
Our articles may contain affiliate links. If you buy through these links, we may earn a small commission.
Previous Story
OCZ SSDs to benefit from ShieldPlus warranty in Singapore
Next Story
Price hike in Apple App Store due to exchange rates, starts from S$1.48