Yes, Apple wants iOS apps on the Mac, but it isn't going to merge its mobile and desktop operating systems

Yes, Apple wants iOS apps on the Mac, but it isn't going to merge its mobile and desktop operating systems 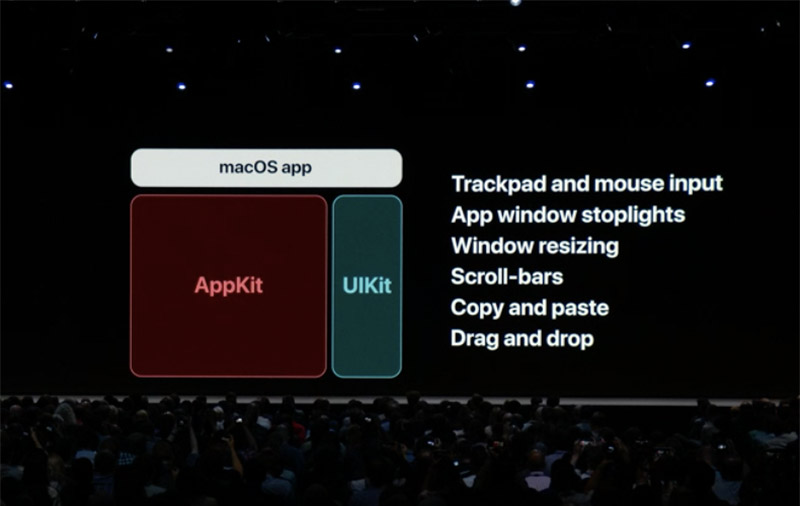 Is Apple going to merge iOS and macOS? At today’s WWDC keynote in San Jose, California, Craig Federighi, Apple’s senior vice president of software engineering, told those in attendance this: “No.”

However as Mac and iOS devices start to share more and more features, Federighi revealed that Apple is now working on a multi-year software project, which eventual goal is to allow developers to port their iOS apps over to macOS.

For a start, Apple is taking a few elements from iOS’ UIKit frameworks and adapting them for the Mac, alongside macOS’ AppKit framework. The iPhone and Mac maker has already starting testing these new combined frameworks for their own apps, such as the new News, Stocks, Voice Memos, and Home apps that are coming in macOS Mojave.

This iOS-to-Mac porting functionality is still under development, though Apple did say that developers will be able to use the additional frameworks to bring their iOS apps to macOS starting late 2019.