Yamaha Showcases a Slew of New Products at IFA 2013

Yamaha Showcases a Slew of New Products at IFA 2013

As usual, we were treated to a feast of new products from Yamaha at this year's edition of IFA. Here are some that caught our attention. The Yamaha YSP-1400 is an entry-level, one-body digital sound projector (that is, a sound bar) that sits in the same series as its quite excellent YSP-4300 and YSP-3300. It produces actual 5.1-channel surround sound (with an eight-speaker array in the center, and dual built-in subwoofers at both ends), offers Bluetooth for wireless streaming from smart devices, Clear Voice for enhancing dialogs in movies, UniVolume to ensure the same volume level, and a Home Theater Controller app for iOS and Android for easy operation. The Yamaha YAS-152 is a longish sound bar for 55-inch and above TVs. It has dual front speakers and dual built-in subwoofers (coupled with a long bass reflex port), Yamaha's Air Surround Xtreme for powerful virtual surround sound, Bluetooth wireless connectivity for music streaming from smart devices, Clear Voice and UniVolume we talked about earlier, and of course, the Home Theater Controller app for performing a variety of operations, such as changing surround sound modes. 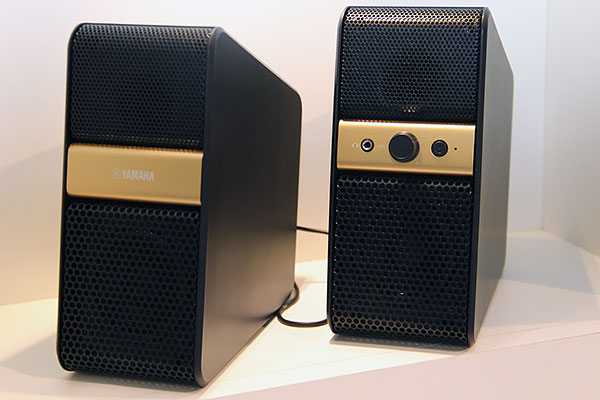 The Yamaha NX-B55 is the Bluetooth version of the well received NX-50 desktop speakers. Other source devices aren't let out either, since the NX-B55 also comes with a mini-jack for a wired hookup. While it has a rather unique shape, Yamaha told us this actually improves sound quality; a bass port at the front also has a positive effect for the low frequencies. Operation is simple too: Auto Standby conserves energy when it's not in use, and springs into action when sound is detected. And there's Auto Mix that lets you simultaneously play the two sound sources connected via Bluetooth and the input jack. 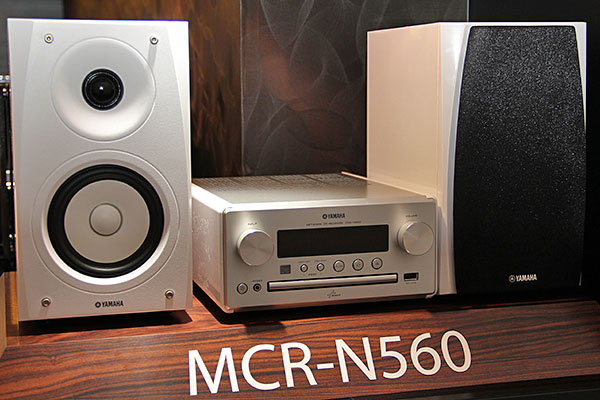 The Yamaha MCR-N560 is a micro component system in the company's PianoCraft series. A fusion of modern and traditional materials, the receiver unit combines an aluminum front panel and piano or wood-grain side panels. The MCR-N560 focuses on streaming audio through the network (DLNA audio, MP3/WMA, 192kHz FLAC/WAV), as well as wirelessly from mobile devices through Yamaha Music Play. Another app is the NP Controller App for iOS and Android that provides convenient control with smart devices. If you've a bunch of CDs, don't worry, the MCR can also play audio CDs as well as audio files on USB media. 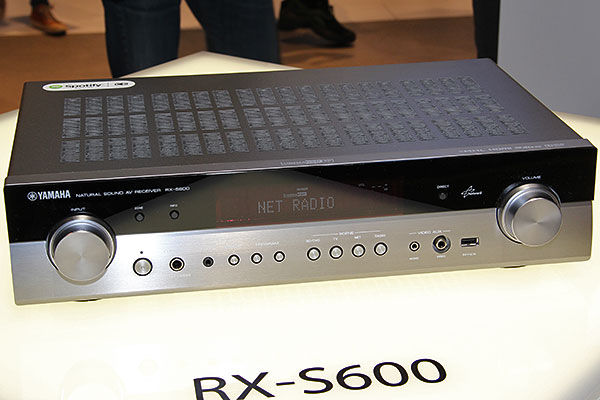 The RX-S600 is the Yamaha's first Slim Line AV receiver. Despite it small size, it offers great sound thanks to the YPAO automatic sound optimization and Yamaha's Cinema DSP 3D with 16 program modes. It also supports 4K ultra-HD passthrough, Deep Color with 30/36-bit, Apple's AirPlay for wireless streaming from iOS devices, as well as Yamaha Music Play for wireless playback over the network. Dolby True HD and DTS-HD Master Audio support are also onboard, alongside support for 192kHz/24-bit FLAC and WAV files, and the free AV Controller App. A RX-S600D version is also available, and it adds an integrated DAB+ tuner that allows the reception of digital radio.

Pricing and availability info are not available as of this writing. They should be available in Europe soon, and we'll let you know again once we know when they're launching in Singapore.

Join HWZ's Telegram channel here and catch all the latest tech news!
Our articles may contain affiliate links. If you buy through these links, we may earn a small commission.
Previous Story
Harman Kardon Also Says Its Sabre SB 35 Sound Bar is the Slimmest
Next Story
Pioneer Announces New Sound Bars at IFA 2013