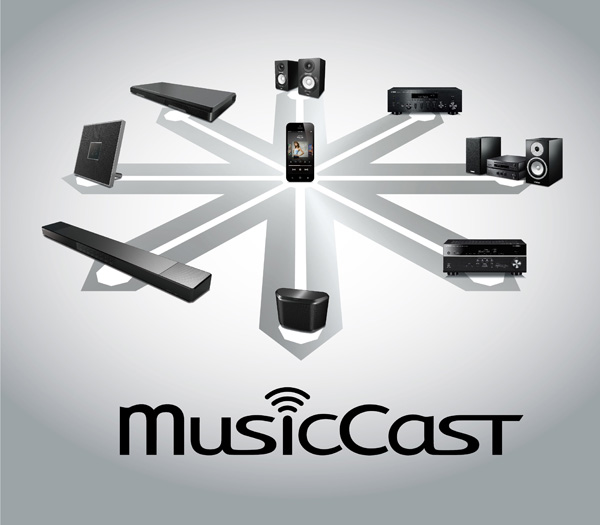 Multi-room audio isn’t new, but so far the technology has largely been constrained to speakers and dedicated wireless receivers. That changes now, as Yamaha has announced that its entire line-up for 2015 will come with MusicCast technology, meaning practically any of its new products can function as the main audio source in your room.

All MusicCast devices come with both a Bluetooth transmitter and a receiver, so you can also stream from them to non-MusicCast Bluetooth speakers or headphones, vastly opening up the options at your disposal. And, there will also be analogue inputs for external devices so virtually anything can be plugged into the Yamaha MusicCast system. 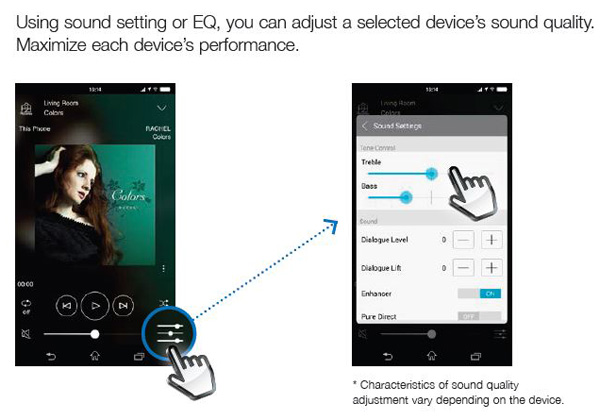 There’s support for High-Resolution Audio (HRA) too as the system natively supports a variety of HRA formats like Apple Lossless, WAV, FLAC, AIFF and DSD in 192kHz/24-bit across the board. The MusicCast system is also able to downsample 5.6MHz DSD files for other non-DSD compatible devices, adding further flexibility to your system.

This will all be controlled via the MusicCast app (available for iOS and Android), which allows you to control what’s playing in which room. There are EQ settings for you to adjust the selected device’s sound, and there’s even an option to use your own photographs as the icons for the respective rooms in your network.

MusicCast will be available in all new Yamaha devices as standard, and current devices will receive shortly it via firmware upgrade.