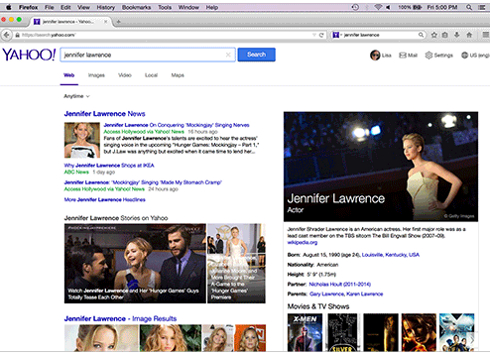 Google has been Firefox's default search engine since 2004, but things are set to change soon. Mozilla and Yahoo have just announced that Yahoo will be Firefox's default search engine for the next five years. Marissa Mayer, Yahoo's CEO, has stated that Yahoo search experience on Firefox will feature  "a clean, modern, and immersive search experience", and it will be launched to Firefox U.S users in December. Fret not if you prefer other web browsers though, as the new Yahoo look for other browsers will be available in early 2015. The default search engine for Firefox will also differ according to the region — the U.S. gets Yahoo, Russia gets Yandex and China gets Baidu.