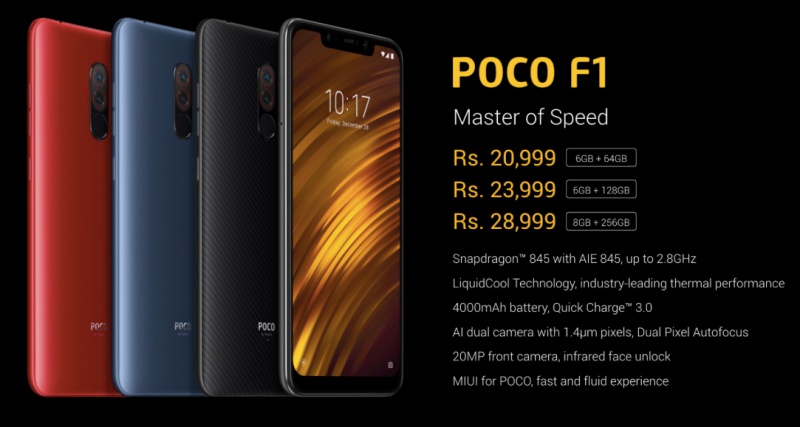 Designed with actual, real world performance and speed in mind, the Poco F1 poses the greatest threat to the OnePlus 6. Powering the Poco F1 is the Qualcomm Snapdragon 845 mobile platform with 6/8GB RAM, MIUI 9.6 based on Android 8.1, and a 4,000mAh battery which supports Quick Charge 3.0.

However, there are three drawbacks for the Poco F1. Unlike most Android flagship smartphones with premium build quality, the Poco F1 sports a hard-coated polycarbonate unibody chassis. This also means that it is unlikely to support wireless charging, a common feature among flagship phones today. Another important feature which is lacking on the phone is NFC, so the Poco F1 cannot support Android Pay.

Join HWZ's Telegram channel here and catch all the latest tech news!
Our articles may contain affiliate links. If you buy through these links, we may earn a small commission.
Previous Story
The Nokia X6 and X5 are rebranded as Nokia 6.1 Plus and 5.1 Plus for global markets
Next Story
LG's latest neckbud has a dedicated Google Assistant button