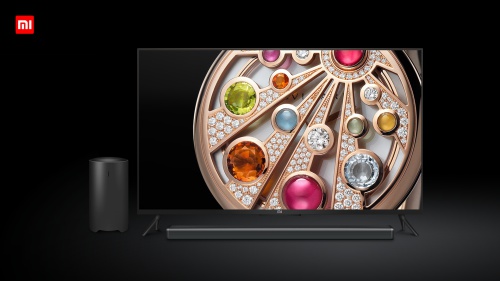 Xiaomi did not announce new mobile devices at the launch event on July 16. Instead, the company unveiled the 48-inch Mi TV 2S. For those not keeping track, this new 4K TV comes a year after the 49-inch Mi TV 2 4K Android TV and a 55-inch version that was announced just this past March.

Perhaps still haunted by allegations of using fake 4K technology (something Xiaomi has refuted) last year, the Chinese company has stressed this time that the Mi TV 2S is using a UHD display made by Samsung, and that it fully supports “4K lossless quality”. (We take that to mean the panel uses an RGB matrix.)

With young adults as its target audience, Xiaomi has thrown in some design flair for the Mi TV 2S. It has an all-metal design on the back and will come in five colors for the frame (gold, pink, blue, green, and silver). It has also partnered with power cord supplier Volex to design a compact and elegant power plug for the TV. Calling it "a work of art", the Mi TV 2S also measures 9.9mm at its thinnest point.

Available only in China from July 28, the Mi TV 2S is priced at RMB 2,999 (~S$660) for the standard edition. There's also a 'Theater Edition' that goes for RMB 3,999 (~S$880), and it includes an independent sound system that consists of a subwoofer and soundbar with the latest Dolby sound technology.

We're checking with Xiaomi whether there's any chance the TVs would be sold here, and will update this piece when we hear back from them.

Join HWZ's Telegram channel here and catch all the latest tech news!
Our articles may contain affiliate links. If you buy through these links, we may earn a small commission.
Previous Story
Xiaomi's Mi Water Purifier purifies up to 76 barrels of water per day, and you can monitor it with an app
Next Story
OnePlus 2 to have dual-SIM support, better invite system and stock inventory