Note: This article was first published on 25 September 2019. 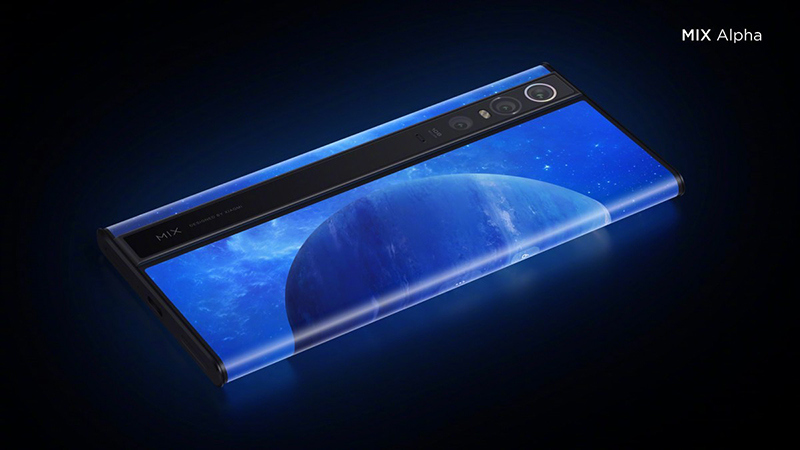 Xiaomi's Mi Mix phones have always pushed the envelope in terms of design. The first Mi Mix was stunning, with super slim bezels on three sides, quite a feat at the time. Similarly, the Mi Mix 3 went with a sliding camera mechanism to achieve a front that was nearly 100 per cent screen.

Having said that, it's taking things up several notches this year with the Mi Mix Alpha, which is, well, almost entirely composed of screen. The Mi Mix Alpha has a "surround display" that wraps around the entirety of the device. The only places that aren't displays are the top and bottom edges of the phone.

Accidental touch inputs are clearly a concern, but Xiaomi says it has a working palm rejection system in place to deal with that.

The power button is located on the top, but there are otherwise no physical buttons anywhere. Instead, the phone features pressure-sensitive volume buttons on the side. In addition, the pressure-sensitive areas can also be used as triggers while gaming. Other components are hidden under the display as well, including the fingerprint reader. Like the original Mi Mix, the Mi Mix Alpha lacks an earpiece and relies on ultrasonic vibrations to emulate the functions of one.

To keep the weight down, Xiaomi has gone with a titanium alloy construction that is supposedly stronger than stainless steel.

Like the Mi 9 Pro 5G, the Mi Mix Alpha also comes with 5G capabilities, but the necessary antennas are all housed in the bar at the back of the phone, which also holds the cameras. This does mean that the display at the back doesn't quite convey the same immersive feel that you get from looking at the phone from the front, but there's no denying that the design is still really outlandish and quite impressive.

The black bar is made from ceramic, while the cameras are protected by sapphire glass. 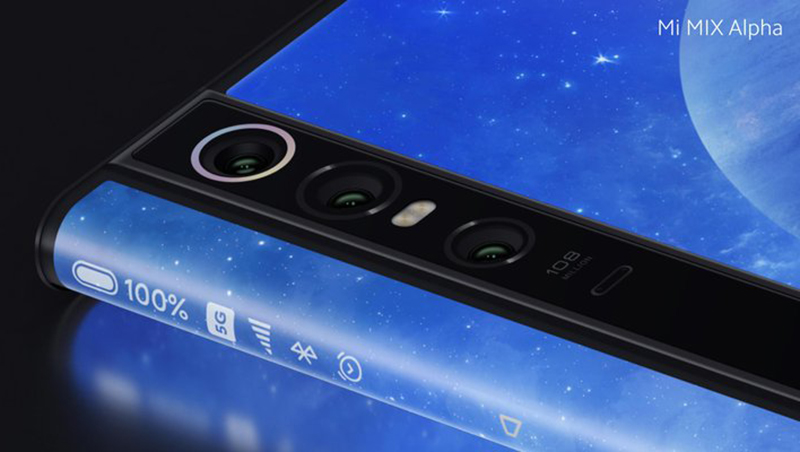 The triple-camera setup comprises a 108-megapixel camera that can take photos at a whopping 12,032 x 9,024-pixel resolution, a 20-megapixel ultra-wide camera with 1.5cm macro capabilities, and a 12-megapixel telephoto lens with 2x optical zoom and dual phase detect autofocus.

There's no need for any front cameras this time around, since you can just flip the phone over and use the rear cameras and display to take a selfie.

The Mix Mix Alpha has some beefy specifications too, including the new Qualcomm Snapdragon 855+ processor, 12GB of RAM and 512GB of storage. The 4,050mAh battery supports 40W wired fast charging.

However, even though Xiaomi says this is technically a concept phone, it'll still be making its way to market in small quantities. The phone will cost a hefty 19,999 yuan and go on sale in December. This approach mirrors the one Xiaomi took with the first Mi Mix. In comparison, the Mi Mix 2 was a more mainstream device with wider availability.

It's not difficult to see why Xiaomi doesn't want to mass produce this phone. The design is cool but not very practical, posing obvious issues in terms of durability and battery life. What's more, you can't even slap a case on it to protect it.

Join HWZ's Telegram channel here and catch all the latest tech news!
Our articles may contain affiliate links. If you buy through these links, we may earn a small commission.
Previous Story
iOS 13.1 will bring processor throttling feature to the iPhone XS and XR
Next Story
HP injects US$11 million into forest conservation in Brazil and China