Xiaomi's incredible Mi MIX has a 6.4-inch display in an iPhone 7 Plus size body

Xiaomi's incredible Mi MIX has a 6.4-inch display in an iPhone 7 Plus size body 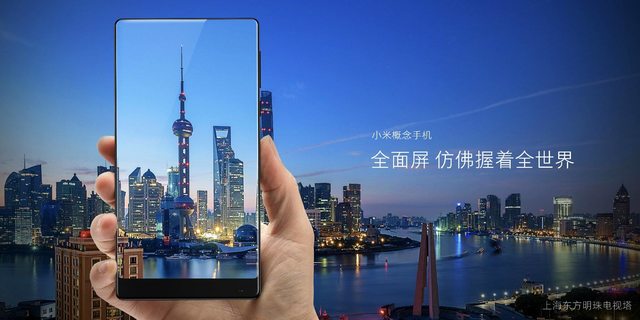 While Xiaomi's Mi Note 2 was the main focus of today's Xiaomi event, the unexpected unveiling of the futuristic edgeless Mi MIX smartphone stole the show. While the phone is about the same size as an iPhone 7 Plus, its edge-to-edge design lets it pack in a 6.4-inch display, with a custom 17:9 screen ratio, resulting in an incredible 91.3 percent screen to body ratio.

To give you some perspective, that's 23 percent larger than the 5.5-inch display area on the iPhone 7 Plus, but packing that into a body size similar to the Apple device. In another point of compariosn, it's also far higher than the recently launched ZTE Nubia Z11 that touts an 81 percent screen to body ratio, which was already considered to be amazing. 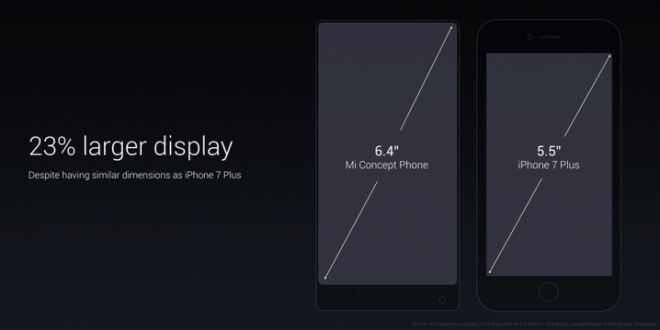 To achieve the edge to edge display, Xiaomi had to overcome a number of engineering challenges. To start with, the front camera is about half the size of a standard front camera, and has been repositioned in the lower right of the front. If that sounds weird, don't worry, you can turn the phone upside down to take a selfie. To maximize space, Xiaomi has also redesigned the traditional audio speaker and infrared proximity sensor, now using ceramic audio driver that converts electric signals to mechanical energy to convey sound waves and an ultrasonic proximity sensor respectively, and placed behind the display itself! 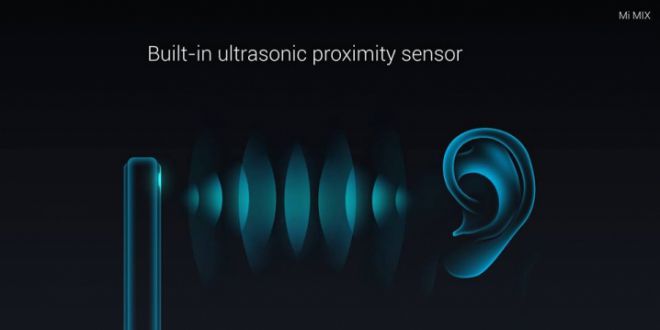 Xiaomi has spared no expense in the materials for the MIX too. The entire back of the phone, as well as the frame, and even the buttons are made from ceramic. There will also be an even more premium 18K version with real 18K gold rings around the rear camera and fingerprint scanner. The design itself is quite minimalist and has been designed by Phillipe Starck.

Specs-wise, the MIX is quite similar to the new Mi Note 2, with a Qualcomm Snapdragon 821 processor and either 4GB RAM and 128GB storage, or 6GB RAM and 256GB storage. On the rear, there's a 16-megapixel rear camera, while you get an 8-megapixel shooter on the front.

Here then are the key specs of the Mi MIX smartphone:-

Join HWZ's Telegram channel here and catch all the latest tech news!
Our articles may contain affiliate links. If you buy through these links, we may earn a small commission.
Previous Story
Intel launches the new Atom E3900 series CPUs as it continues its push into IoT
Next Story
Xiaomi's Mi Note 2 has a curved OLED display, Snapdragon 821 and up to 6GB RAM