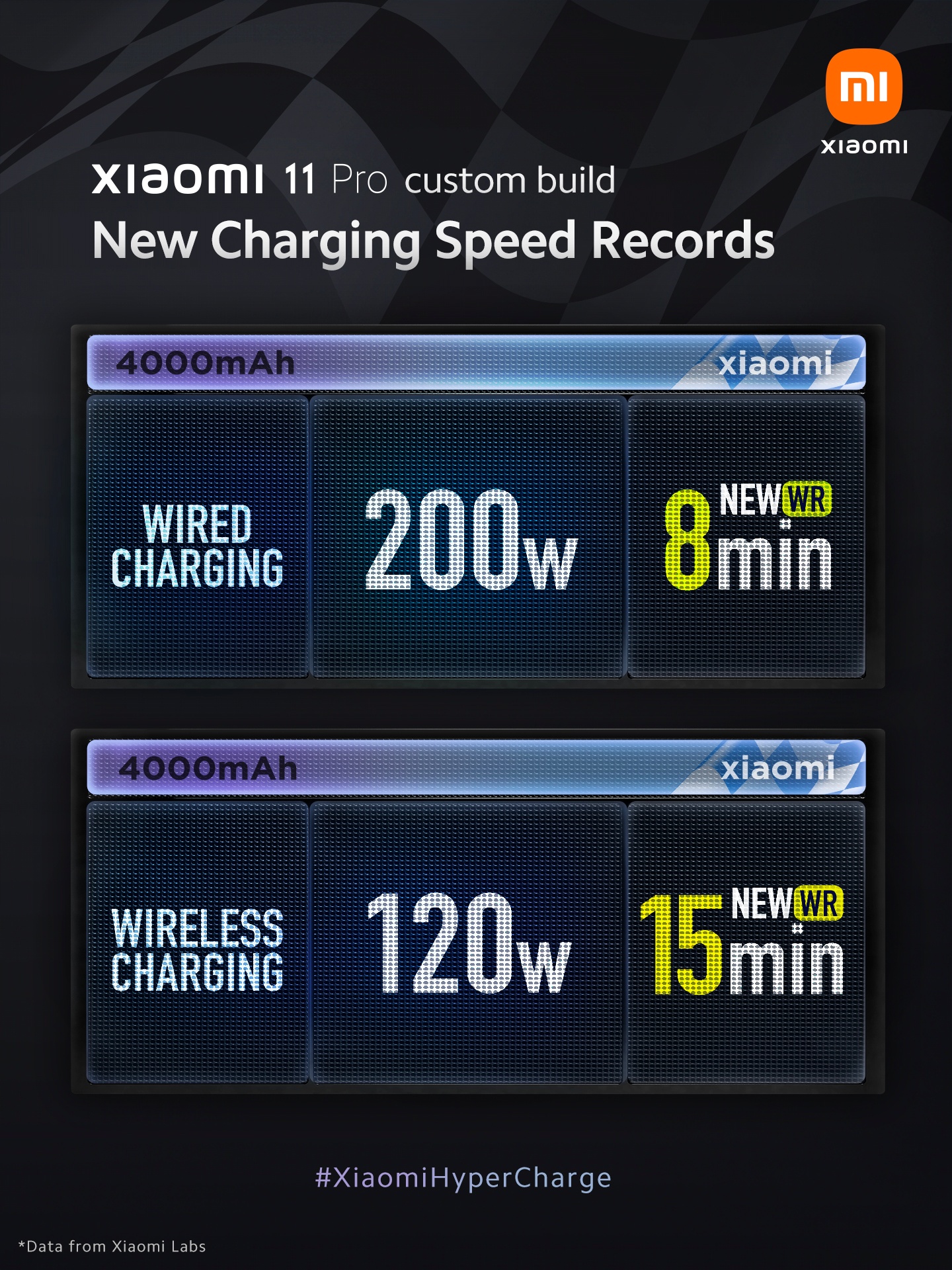 Several months after showing off its 80W wireless charging technology, Xiaomi announced that it is setting new charging speed records with its HyperCharge system.

Xiaomi shared on Twitter that its 200W HyperCharge wired system can fully charge a modified Mi 11 Pro with a 4,000mAh battery in 8 minutes at 200W! For its 120W HyperCharge wireless system, the same phone can be re-charged to 100% in 15 minutes!

There is a race among Chinese phone makers to outdo one another in the charging space. In July 2020, Oppo unveiled its fast-charging lineup which includes 125W SuperVOOC and 65W AirVOOC. The 125W fast-charging technology can charge a 4,000mAh phone to full in 20 minutes!

The USB Implementers Forum recently announced changes to the USB-C Power Delivery specification; USB-C may soon be able to support up to 240W charging.