Xiaomi unveils MIUI 8, and here are the new features users can expect

Xiaomi unveils MIUI 8, and here are the new features users can expect

Note: This article was first published on 30th June 2016. 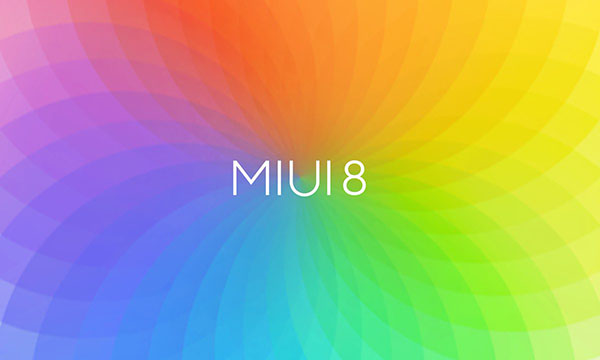 According to Xiaomi, MIUI 8 was designed to be colorful, bright, vibrant and also to help make life easier. 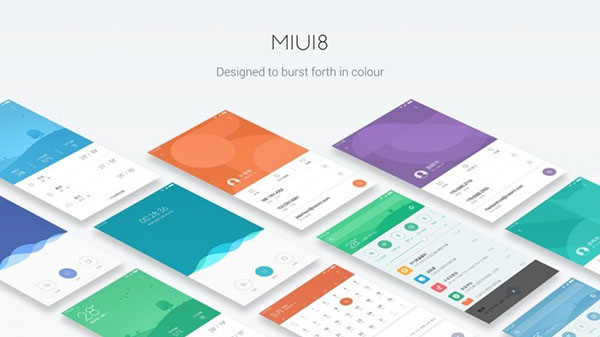 One of the biggest improvements to MIUI 8 is a new color scheme. The color scheme uses a wider, brighter palette, and these colors will be used in ways to convey information.

For example, the calendar and weather will change colors according to the season and weather at the time. In the screen shot below, you can see that its warm orange in July when its summer. The calendar will turn to a frosty blue during winter.

Colors aside, MIUI 8 will also feature more animations to create a more lively and vibrant feel. 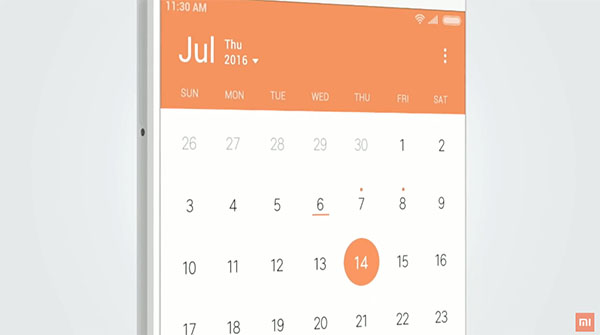 Xiaomi has also made improvements to the Gallery app. For example, panoramas will now be shown in their full glory, so that its easier for users to identify them when they open the Gallery app. Likewise, screenshots will be display in their native aspect ratio for easier identification, instead of just as plain square thumbnail.

MIUI 8 will also finally add video editing. Users will be able to trim their videos, add special effects, music, filters, transition effects and more. There's even a one-tap automatic editing feature that edits your video for you by automatically adding transition effects, filters, and music.

And Gallery will work with Mi Cloud Photo Sync, which can help free up space on your phone. It stores the raw photo files in the cloud, while keeping only high-resolution preview files on your phone. 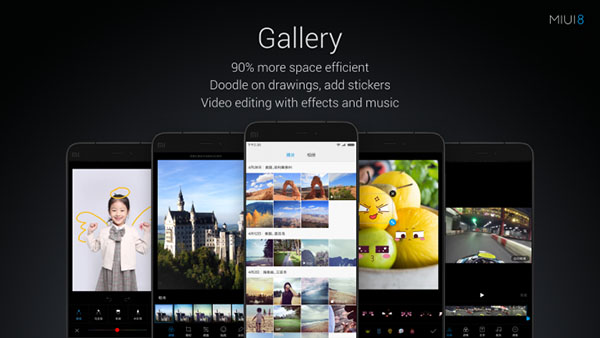 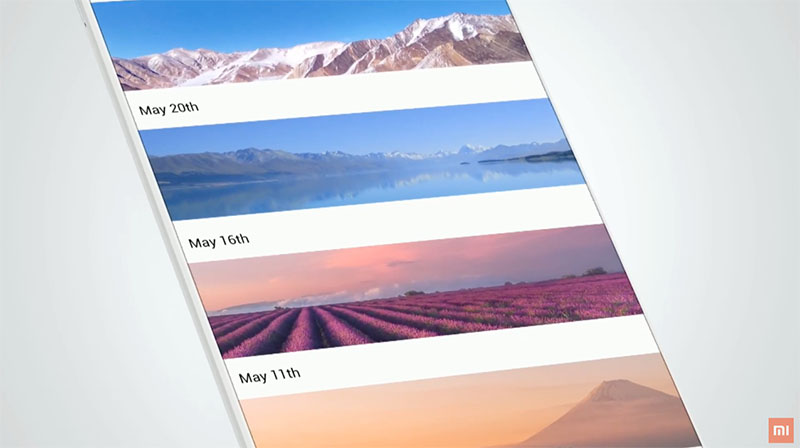 MIUI 8's calculator is now much more intelligent and useful. Apart from doing regular mathematic operations, it can also do conversions. Users simply select what kind of conversions they want to do, and the calculator will take care of it. It can convert units like distance, speed, temperature, time and more. It can also gather real-time currency information and do currency conversions. 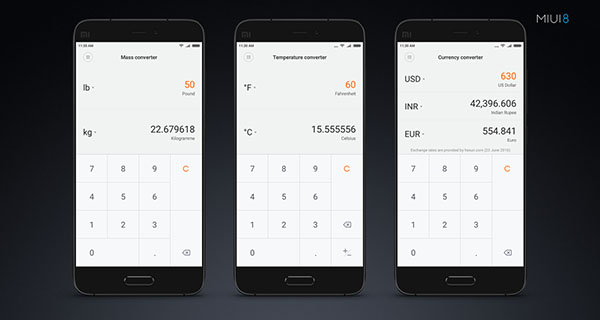 Quickball puts a nifty shortcut menu on your screen. Thumb it and you will invoke five customizable gesture shortcuts. These shortcuts can be used to quickly launch apps, take a screenshot, or simply just to go back to the previous menu. 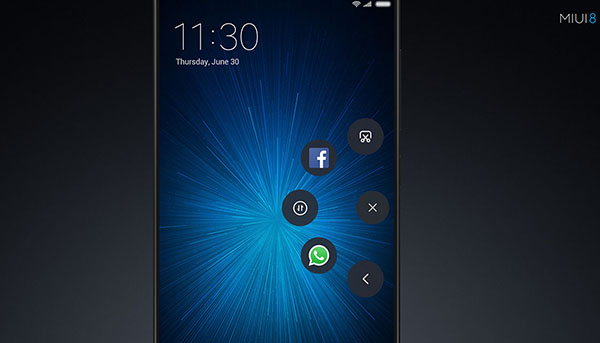 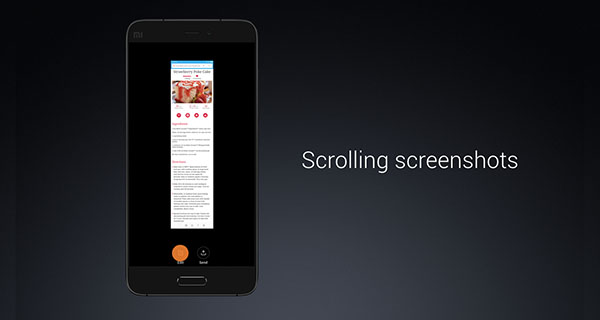 Most of Xiaomi's phones support Dual SIM cards. Technically that should mean like you have two phones, but as we all know, that isn't the case.

MIUI 8 introduces two new features that will enable that called Dual Apps and Second Space. Dual Apps lets users create two accounts for your all apps. This means you can have separate instant messaging apps for different contacts, say, one for friends and another for work.

Second Space takes this concept even further by allowing users to have two separate user accounts on the phone. Each "space" will have its own photo gallery, apps, and even contacts and browsing history. It's completely independent of each other and makes it seem like you have two different phones. 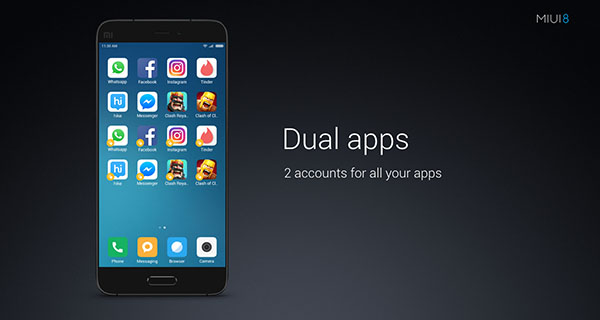 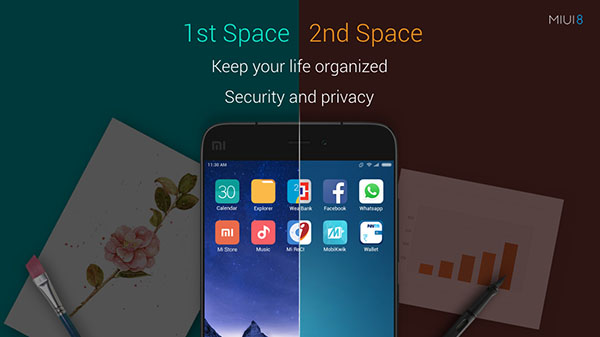 MIUI 8 will be available as a public beta on 11 July, and will be publicly released later on 16 August. As for now, MIUI 8 will be supported on the following devices in the image below. 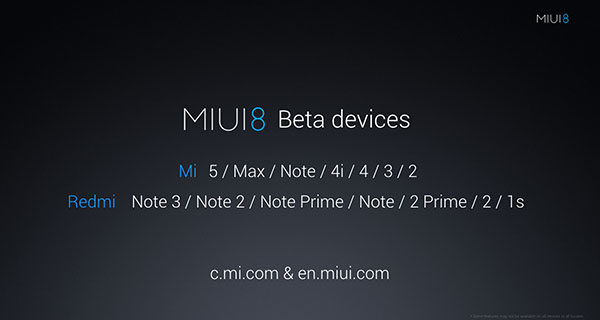 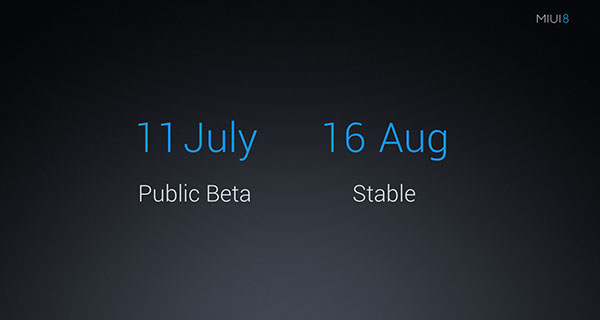 Join HWZ's Telegram channel here and catch all the latest tech news!
Our articles may contain affiliate links. If you buy through these links, we may earn a small commission.
Previous Story
Product image from accessory maker reveals USB Type-C port on the Galaxy Note 7
Next Story
This is probably how the Samsung Galaxy Note 7 will look like