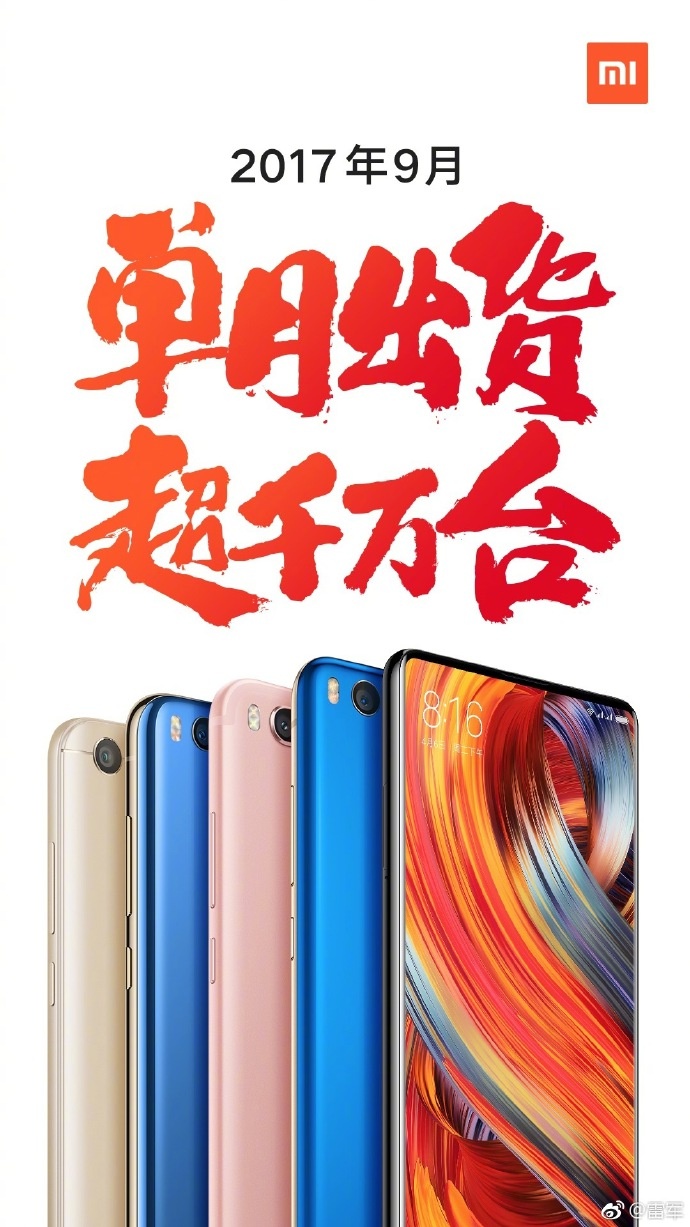 2017 is shaping up to be the comeback year for Xiaomi as the company reached another milestone last month.

According to Xiaomi CEO Lei Jun, the company has shipped more than 10 million smartphones in September which is a record for Xiaomi. To put that into perspective, that is close to half the number of phones shipped in Q2 2017 (23.16 million) which is coincidentally Xiaomi's best quarter yet.

The record number of shipment is driven by the increasing demand from the Indian market. It reportedly sold one million devices in just two days during the Diwali festival. In India, Xiaomi is currently the second biggest handset maker with a market share of 18% behind Samsung.

The recent launches of Mi Mix 2, Mi Note 3 and A1 handsets are expected to drive more sales for the rest of year. In addition, Xiaomi recently secured a $1 billion loan to accelerate its global expansion and build more retail stores. It is possible that Lei Jun will hit his aim of US$14.7 billion revenue this year and 100 million shipment target for 2018.

Join HWZ's Telegram channel here and catch all the latest tech news!
Our articles may contain affiliate links. If you buy through these links, we may earn a small commission.
Previous Story
Apple's TrueDepth camera is so advanced that rivals need 2.5 years to catch up
Next Story
Former Intel CEO Paul S. Otellini passes away at age 66