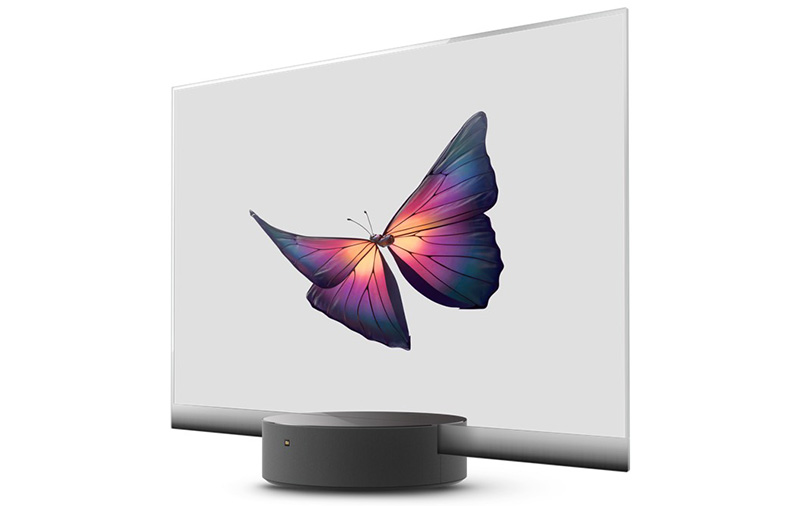 Under the hood — actually, more like in its circular speaker base — the TV runs a custom MediaTek 9650 chipset that has four ARM Cortex-A73 cores and a Mali-G52 MC1 GPU, along with 3GB of RAM and 32GB of internal storage. Also onboard are support for 2.4GHz and 5GHz Wi-Fi and Bluetooth 5.0 and standard TV I/Os such as HDMI (three), USB 2.0 (two), optical audio and Ethernet. Instead of the PatchWall launcher that international customers are more familiar with, the TV is powered by the new MIUI for TV 3.0.

The TV’s circular base also houses the 2 x 8W sound system that supports Dolby Digital Plus, DTS-HD and Dolby Atmos decoding. While there’s no HDMI 2.1, 120Hz is available through HDMI port 3 and you also get eARC on HDMI port 2.

For what it’s worth, Xiaomi has also recently launched a 65-inch OLED TV priced at just 13,000 RMB (~S$2,600). While its design isn’t as jaw dropping as the LUX, it most likely betters the transparent TV in the picture quality department, thanks to its native 4K resolution, and support for Dolby Vision, 4K @ 120Hz, HDMI 2.1 and VRR.

Join HWZ's Telegram channel here and catch all the latest tech news!
Our articles may contain affiliate links. If you buy through these links, we may earn a small commission.
Previous Story
Rumours: Apple Watch and iPad to launch in September, iPhone 12 in October
Next Story
Canon releases new firmware for the 2018 EOS R, apologises for image.canon outage