This article was originally published on 30 April 2020

11 May 2020 update: Xiaomi released local pricing and availability of Redmi Note 9 and Redmi Note 9 Pro. Check below for details. 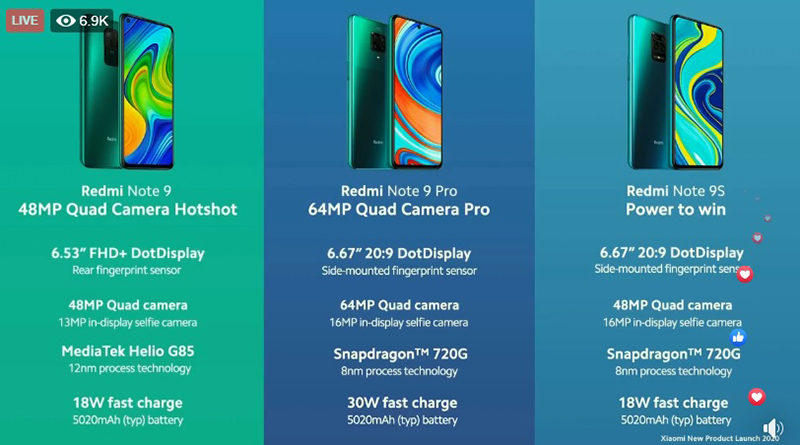 Joining the Xiaomi Redmi Note 9S are two new Redmi Note 9 phones announced by the Chinese phone maker on the evening of 30 April 2020. The three devices - Redmi Note 9S, Redmi Note 9 Pro, and Redmi Note 9 is the complete lineup of entry-level Xiaomi devices that the company is famous for since its inception. 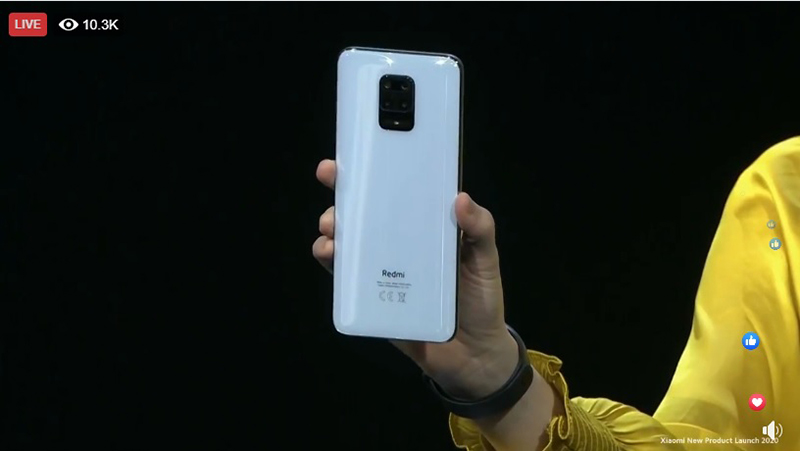 Xiaomi wants the Redmi Note 9 Pro to offer a flagship feel without its users having to break the piggybank. It packs a small handful of flagship-tier features, giving the phone its characteristic value-for-money that's inherent to the Redmi series of Xiaomi phones. 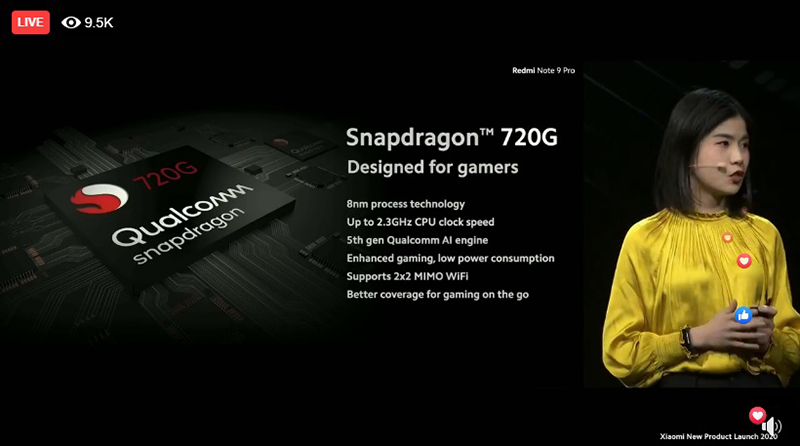 The Redmi Note 9 Pro is an Android 10 smartphone that uses a 6.67-inch, 2.5D curved LCD display at 2,400 x 1,080 pixels resolution (~395ppi). The processing is handled by a Qualcomm Snapdragon 720G chipset, which is the same processor found in the Redmi Note 9S that was announced last month. As of writing, the only other available smartphone with an identical mid-range Qualcomm chipset is the Realme 6 Pro. 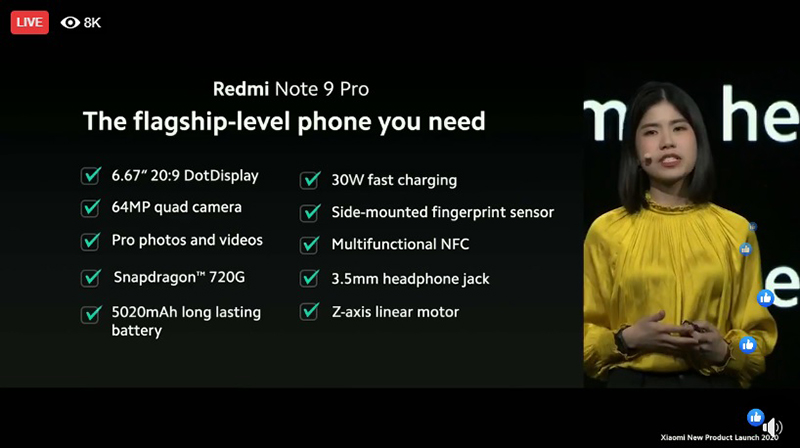 As part of the Redmi series, the Redmi 9 Pro also offers a bunch of mainstay features such as its IR blaster, 3.5mm headphone jack, and its splash-proof nano-coating. What's exciting is the generous 5,020mAh battery capacity which also supports 30W fast charging. Xiaomi will include a 33W charging adapter in the box as well. 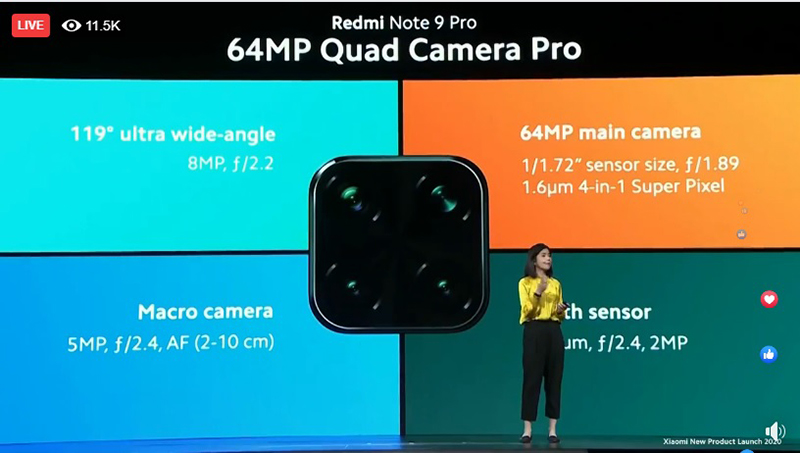 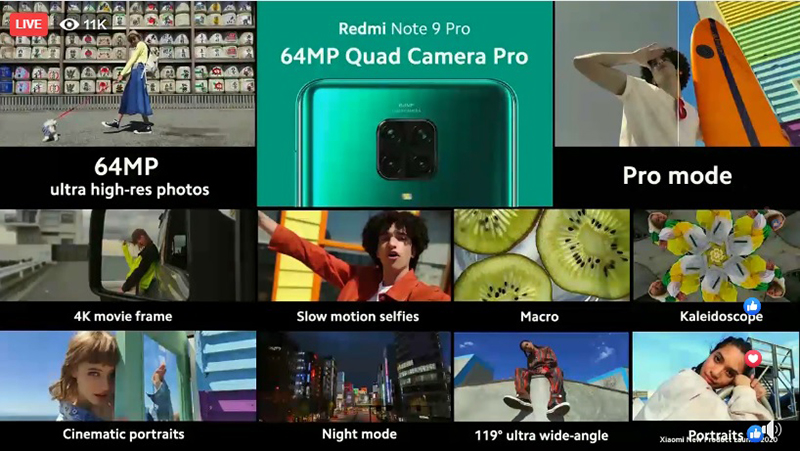 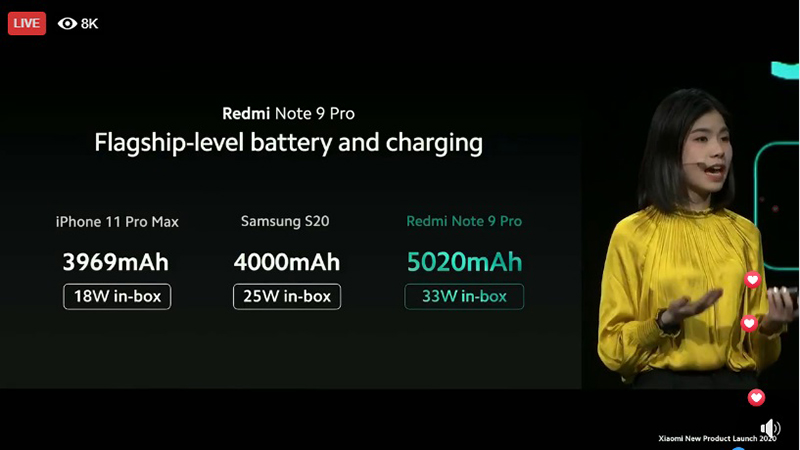 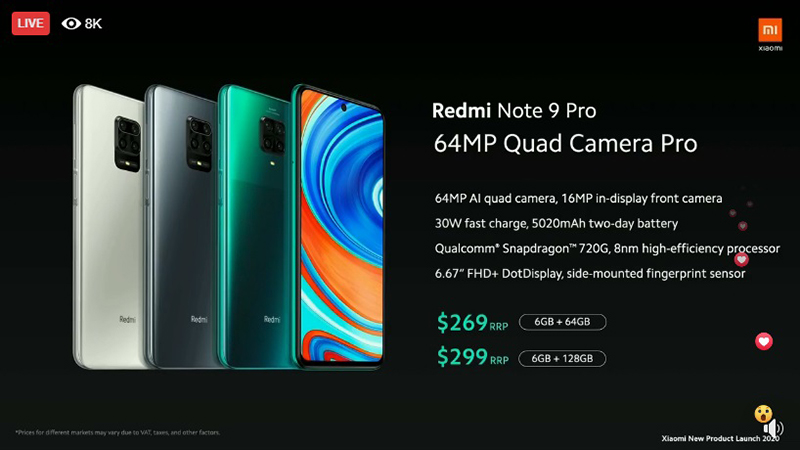 Globally, the Xiaomi Redmi Note 9 Pro will start retailing around mid-May 2020, with more details available closer to the launch date:

It will be available in Green, Glacial White, and Interstellar Grey colourisations. 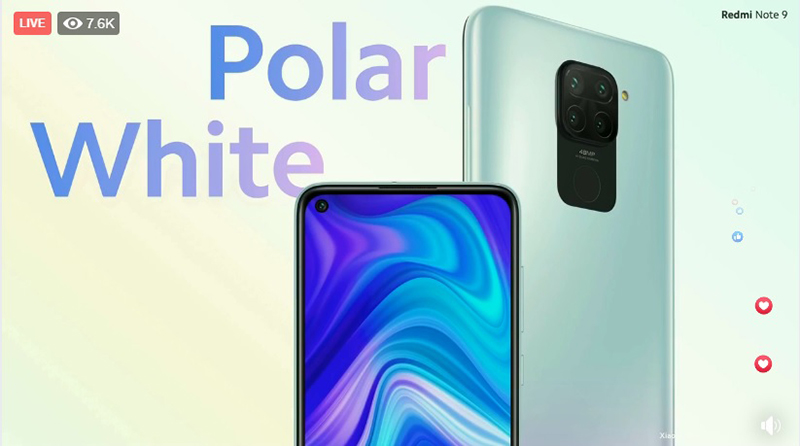 Xiaomi's Redmi Note 9, on the other hand, is vastly different from its approach in packing the very essentials of a smartphone at a very low price tag.

The Redmi Note 9 has a 6.53-inch LCD display at FHD+ resolution (2,340 x 1,080 pixels resolution). Under the hood is a MediaTek Helio G85 chipset, which is from MediaTek's gaming-oriented line of mobile processors. Xiaomi claimed that it's 21% better-performing than the processor in the Xiaomi Redmi Note 8 on the live-streamed keynote. 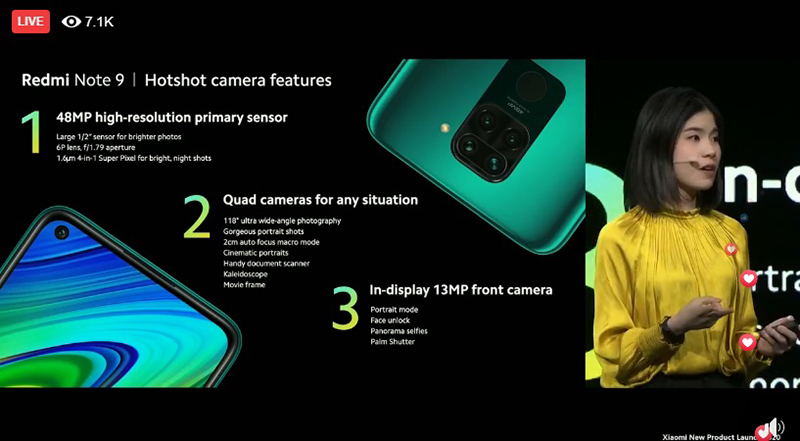 It features a Quad Camera system similar to the Redmi Note 9S and Redmi Note 9 Pro, but with slightly different specs: 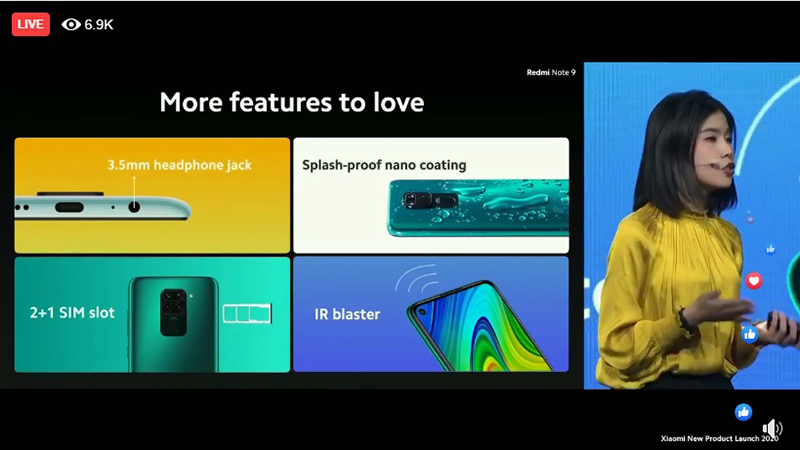 Besides the display size, the choice of processors, and the slightly altered camera specs, the Redmi Note 9 packs very similar components and features. It still has a 3.5mm headphone jack, an IR blaster, splash-proof nano-coating, and a 2+1 SIM slot. The device also has a 5,020mAh battery capacity, but it supports up to 18W fast-charging instead. The provided charging adapter in the Redmi Note 9's box is a 22.5W fast-charger, so all is good on that front as well.

A built-in feature for the Redmi Note 9 is the Document Scanner. It's marketed as a better-than-usual scanner made possible with the cameras on the Redmi Note 9 because it erases shadows and it helps to align your text correctly before saving. 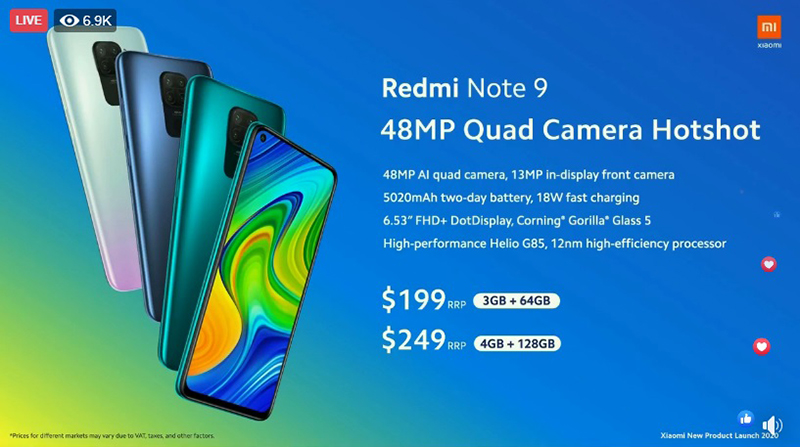 It will be available in Forest Green, Polar White, and Midnight Grey colourways.

Join HWZ's Telegram channel here and catch all the latest tech news!
Our articles may contain affiliate links. If you buy through these links, we may earn a small commission.
Previous Story
Here are the likely prices and storage capacity options for the iPhone 12 lineup
Next Story
Sony brings the mid-range Xperia 10 II to Singapore