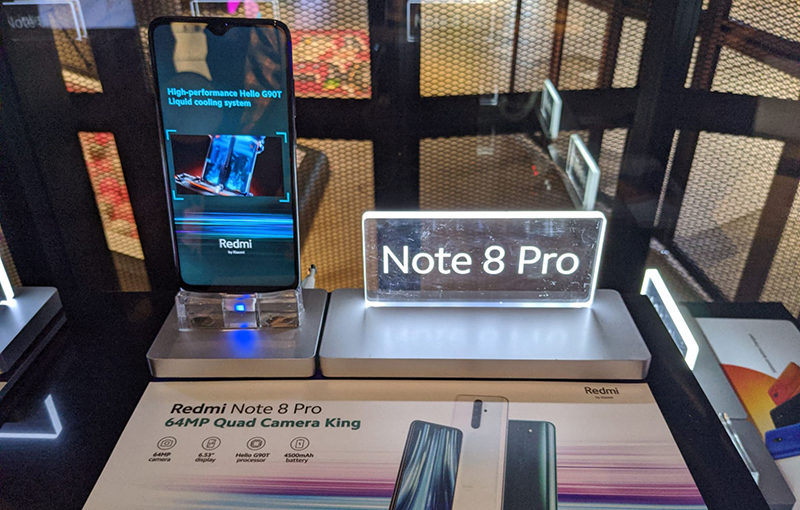 The 64-megapixel sensor is just one out of a quad-camera array. The Redmi Note 8 Pro also packs an 8MP ultra-wide-angle camera with a 120-degree field of view, a 2MP macro camera, and a 2MP depth sensor.

Xiaomi is keen to highlight that photos shot on the Redmi Note 8 Pro can be printed to a size of more than 3 metres tall. Now, exactly why someone would want to print such an enormous image from a smartphone camera remains a mystery.

Nonetheless, there’s no doubt that the camera sounds impressive on paper but whether it performs as well as it claims to in real-life is a question that will have to wait until we can test it in detail.

Under the hood, the Note 8 Pro is powered by MediaTek’s new octa-core Helio G90T processor. This is a gaming-focused processor comparable to Qualcomm’s Snapdragon 730G. It’s complemented with an Arm Mali-G76 3EEMC4 GPU to offer what Xiaomi claims to be an “ultimate gaming experience."

Overall, the chips are not top-of-the-line, but performance should be decent. If you’re really after flagship performance from Xiaomi, you should check out the Mi 9 Pro.

It also packs in a generous 4,500mAh battery with an 18W Type-C fast charging port. Combined with your typical software power management features, the RedMi Note 8 Pro should have no problem lasting all day.

As with every other spec, real-world mileage will vary so look out for our review once we get to spend more time with the device.

As always, Xiaomi took a little bit of liberty in the naming of its “Note” line. The Redmi Note 8 Pro has none of the scribbling goodness of Samsung’s latest Galaxy Note 10 and 10+. Instead, the word “Note” here simply refers to its larger screen size.

At 6.53 inches, however, it’s not all that big in the year 2019. Lots of phones today have large displays and high screen-to-body ratios.

Ultimately, you buy Xiaomi because of its bang for the buck, and the phone doesn’t disappoint on this front.

It’s available from 26 October at all Mi Stores and exclusively at Singtel on contract.

The rest of the Mi pack 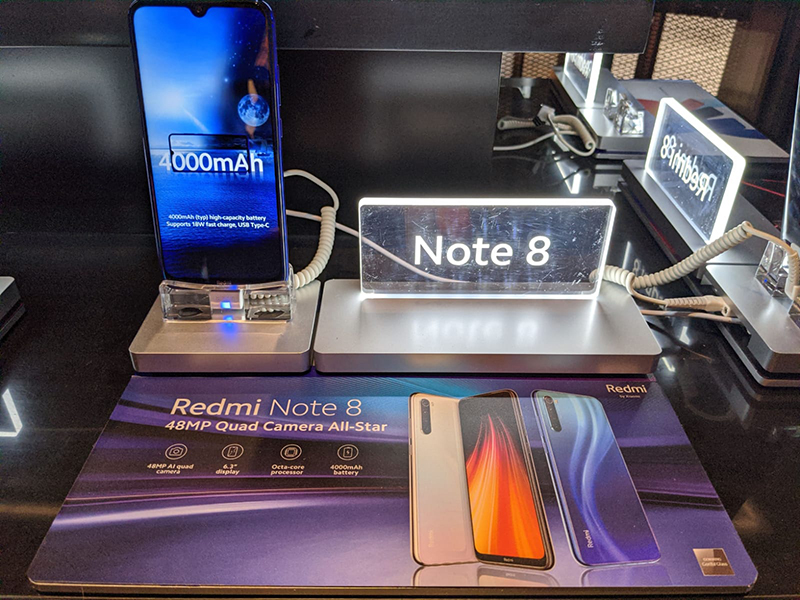 The Redmi Note 8 is basically the Note 8 Pro without the “Pro.” They are more or less identical, with notable downgrades including a slightly lower-spec'ed camera (48MP instead of 64MP), a smaller display, and a smaller capacity battery.

The Redmi 8 and Redmi 8A are your run-of-the-mill budget phones powered by Qualcomm Snapdragon 439 chips.

They look set to offer incredible value with a starting price of just S$149.