Xiaomi Redmi Note 3 will be available at S$299

Xiaomi Redmi Note 3 will be available at S$299 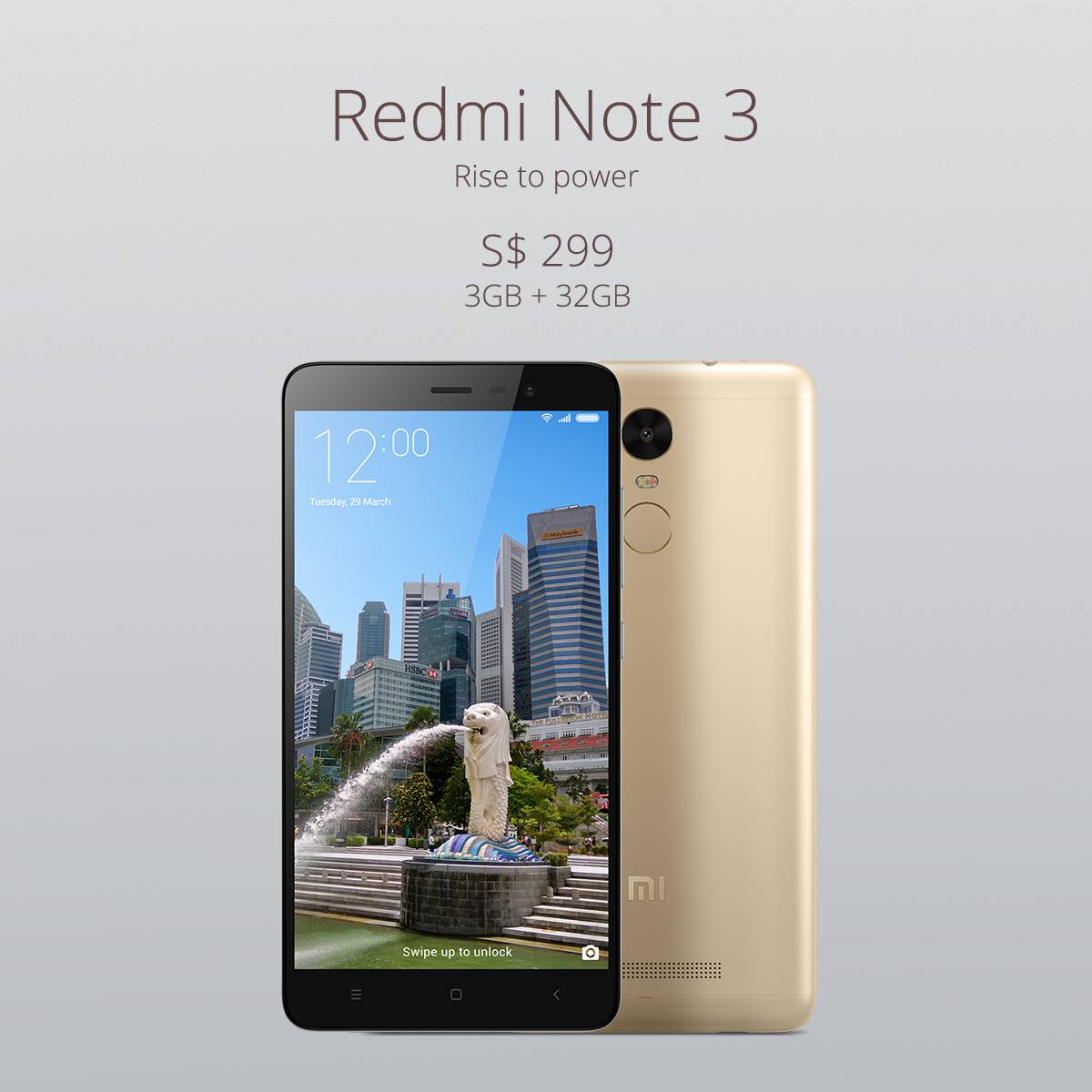 Xiaomi finally announced the availability of the Redmi Note 3 for the Singapore market – four months after it first started selling in China. Starting from 6th April 2016, the phone will retail at S$299 (32GB), according to their Mi Singapore Facebook page. The phones will be available on their main website, as well as the three major telcos within Singapore. Colors available are Gold and Grey.

The Redmi Note 3 was first announced in November last year, literally less than two weeks after the forerunner Redmi Note 2 went on sale in Singapore. Despite the short cycle from the previous phone to the next, there’s plenty of difference between these two generations.

Another major upgrade on the Redmi Note 3 would be its significantly increased battery capacity. The Redmi Note 2 had 3,060mAh and mediocre battery life (according to our review), while the Redmi Note 3 has 4,050mAh – that’s approximately 32 percent more in capacity, and it will likely fare much better for battery life per full charge. However, the battery is not removable, which is unlike its predecessor.

The addition of the Fingerprint Sensor feature is also new to this line up. It is also the first Xiaomi device with a fingerprint sensor, using Trustonic's TEE chip-level fingerprint security. Xiaomi said that the scanner can unlock the device in just 0.3 seconds, and it can be used to make payments through Mi Wallet.

The camera is also different on the Redmi Note 3. It uses a 16-megapixel, f/2.0 rear camera with phase detection autofocus and a front-facing 5-megapixel camera. Its predecessor used a 13-megapixel rear camera instead.

The Redmi Note 3 still comes with a 5.5-inch Full HD resolution (1,920 x 1,080 pixels) IPS LCD display like its predecessor. It has 4G hybrid dual SIM support and MicroSD card slot (where SIM 2 will be) for the extra storage boost up to 32GB. It also has 3GB RAM.

According to Xiaomi, The Redmi Note 3 we are getting is the Snapdragon 650 SoC variant, and not the MTK Helio X10 processor which was found in the local Redmi Note 2 handsets. The Snapdragon 650 chipset supports LTE Cat 7 speeds of up to 300Mbps, VoLTE, and 4K video recording.