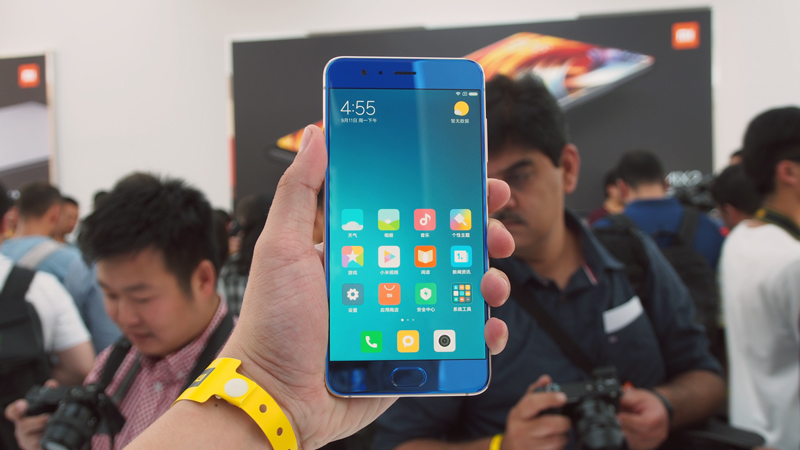 In spite of the hype that surrounded the Mi MIX 2 smartphone, Xiaomi has not yet forgotten the Mi Note series. This year's Mi Note 3 features massive shifts in direction as it attempts to match Xiaomi's overall phone line-up. 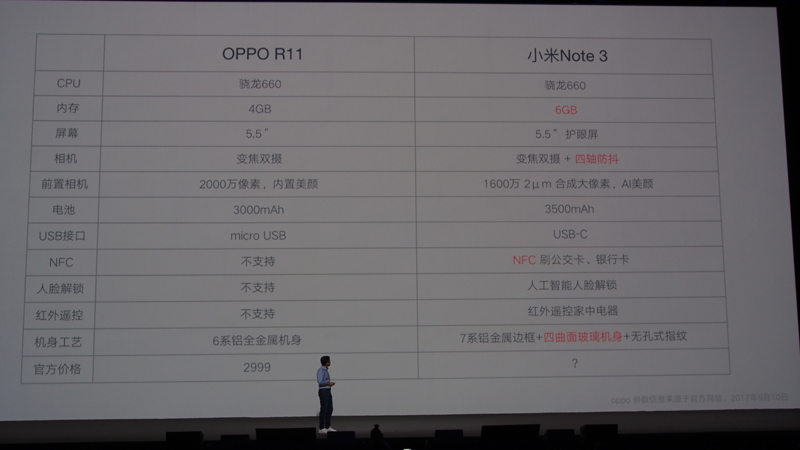 For starters, the Mi Note 3 is now a seated as mainstream device, thanks to its Qualcomm Snapdragon 660 chipset paired with 6GB RAM. Previously, the old Mi Note 2 was fielding a flagship-tier Qualcomm Snapdragon 821 SoC. The new positioning is also confirmed by Xiaomi, given the obvious comparisons to the Oppo R11 smartphone during its keynote event in Beijing. Besides that, the repositioning makes sense from a line-up perspective as the Mi Mix series is now the high-end big screen offering, followed by the Mi Note 3 with a tad smaller screen and tamer hardware platform in comparison. Yet, the Mi Note 3 is still plenty powerful and capable enough for the average user.

The Mi Note 3 features a 5.5-inch display with 550-nit maximum brightness and 1-nit minimum brightness for night-time use. It also has NFC support, a USB Type-C port, an IR blaster, stereo speakers, and a 3,500mAh battery. The body uses an aluminum frame. Strangely, the new Mi Note lacks a 3.5mm headphone jack, much like the Mi MIX 2 and Mi 6 phones. 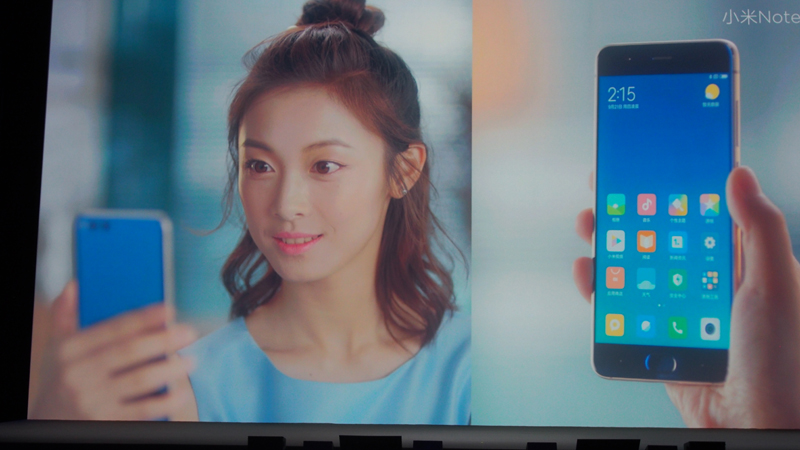 The phone comes with face-detecting AI, and it powers its facial-recognition unlocking software. Xiaomi claims that it's as swift as conventional fingerprint unlocking, but they've included both unlocking options on the phone for good measure.

On the rear, the Mi Note 3 comes with a 12-megapixel dual rear cameras configuration much like the Mi 6 - one is for standard photography, while the other touts a telephoto lens that offers 2x optical zoom. The new device packs optical image stabilization on both rear cameras (just like the Galaxy Note8), and they allow you to take photos with artificial bokeh effect.

The Mi Note 3's 16-megapixel front camera has a 2.0μm pixel size. Xiaomi says that this hardware choice helps the user take better night-time selfies since it allows more light to be captured with the sensor's larger-than-usual pixel size. 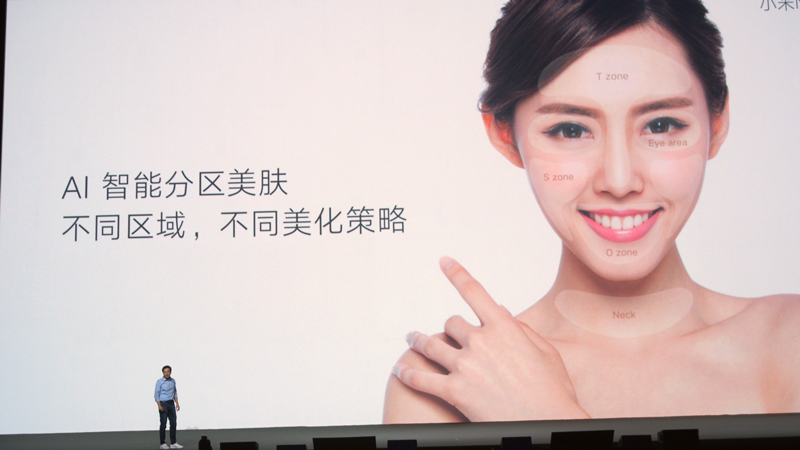 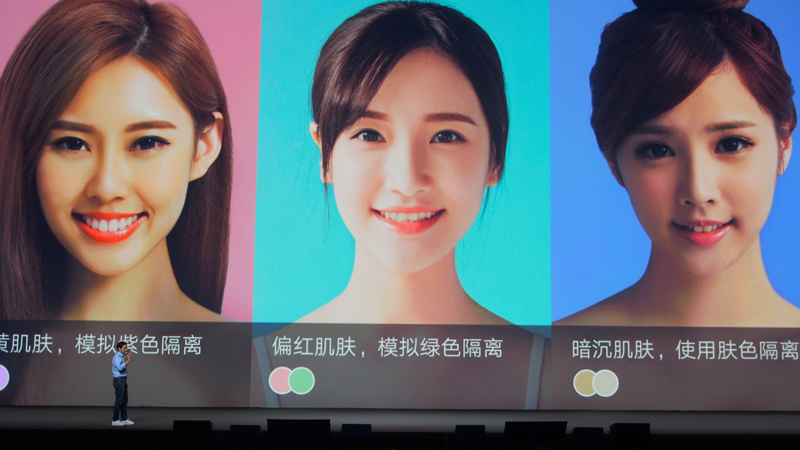 To that end, the front camera also comes with AI-based beautification software that's enabled by the face-detection AI (as covered earlier). It will analyze the face and neck, and it offers personalized facial glow, eye-bag removal, and acne-erasure options that are unique to each face. 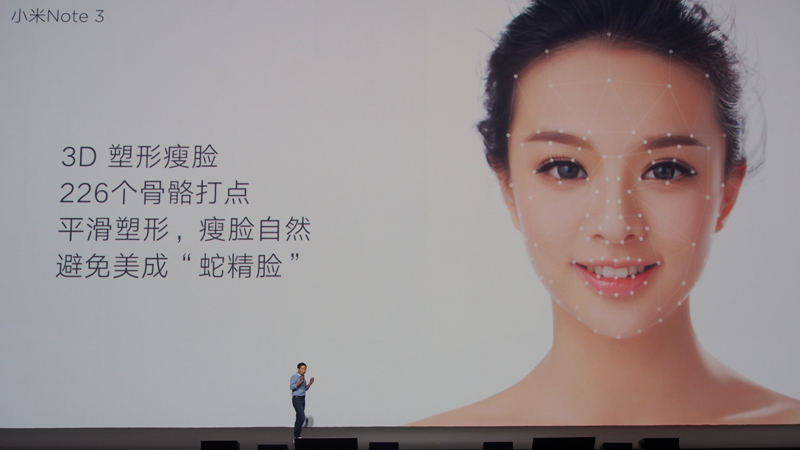 To avoid the uncanny valley, the AI also analyzes 226 facial points that are affected by bone structure. 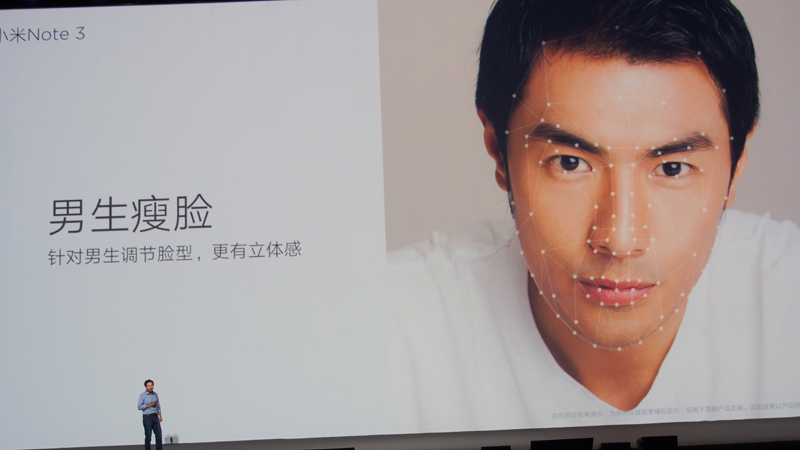 There's also beautification software for men. Unlike mainstream beautification modes that focus on bringing out the best features on the better gender, the men's' version is designed to retain facial hair, along with a different implementation of its bone structure analysis (according to Xiaomi, dudes have harsher features that require a different AI interpretation). 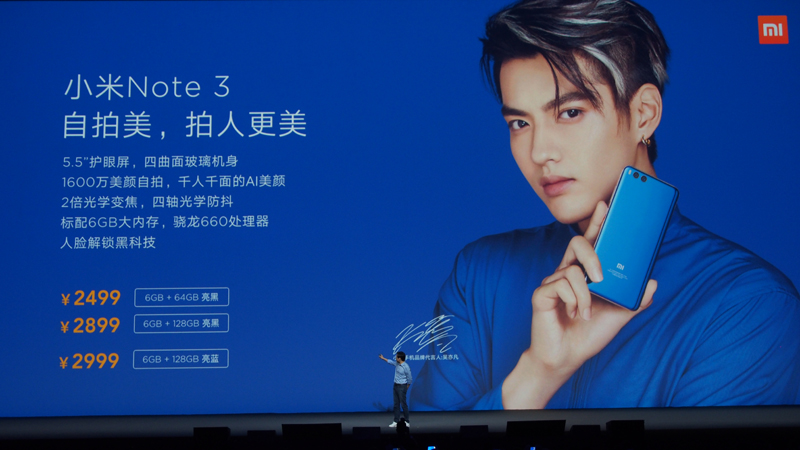 The Xiaomi Mi Note 3 starts at CNY2,499 (6GB RAM + 64GB ROM variant). Only the CNY2,999 (6GB RAM + 128GB ROM) option will offer the Metallic Blue finish. At launch time, they will only be officially offered in China until further notice.

Note: This article was first published on 11th September 2017.