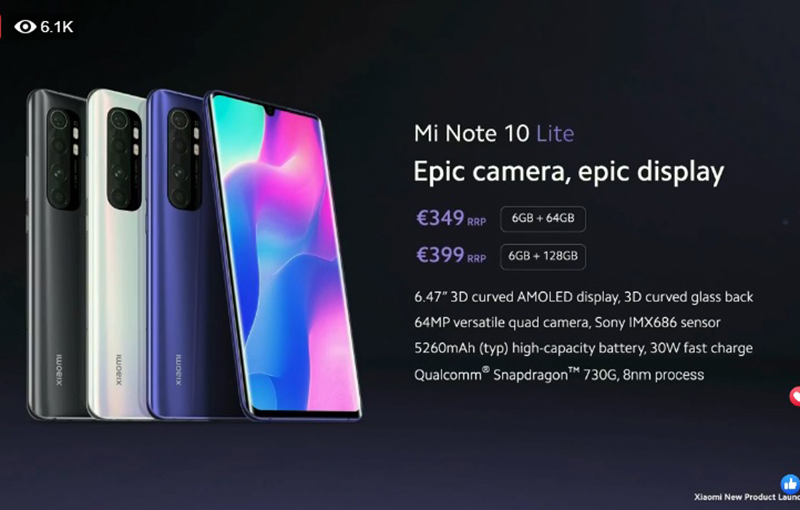 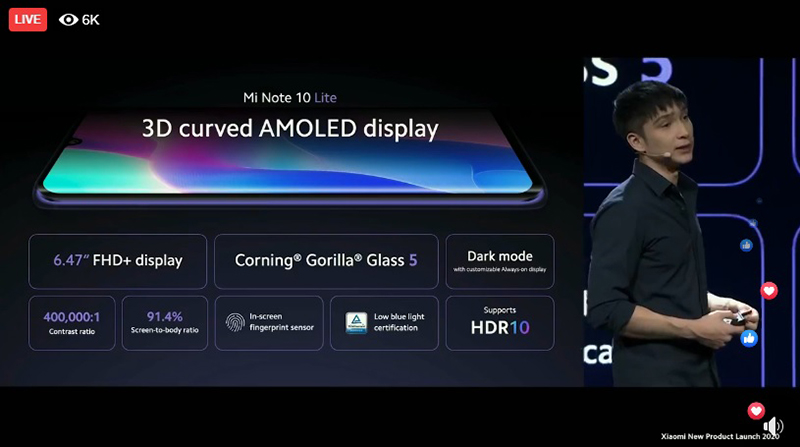 The Mi Note 10 Lite uses a 6.47-inch, 3D curved FHD+ AMOLED display that supports HDR10 playback. The front and the back are armoured in Corning Gorilla Glass 5. Xiaomi assured potential customers that the Mi 10 Lite's display is identical to the panel on the Mi Note 10, which means it also packs the in-display fingerprint sensor and low blue-light certification that the flagship had. 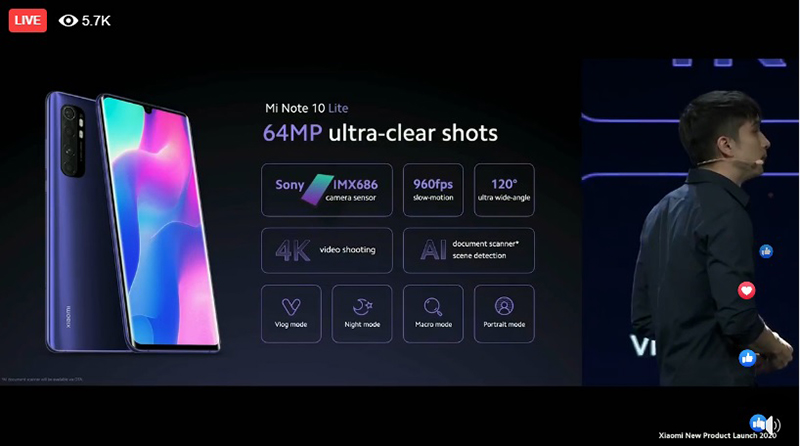 A 64-megapixel primary shooter leads the Quad Camera system on the Mi Note 10 Lite with the Sony IMX686 sensor, which is also found on competing devices like the Oppo Reno3. In contrast, the flagship Mi Note 10 series contain a primary camera from Samsung, an ISOCELL Bright HMX sensor rated at 108-megapixels. Still, both IMX686 and the ISOCELL Bright HMX sensors support pixel-binning, which is helpful in low-light shooting and reducing noise in your shots. 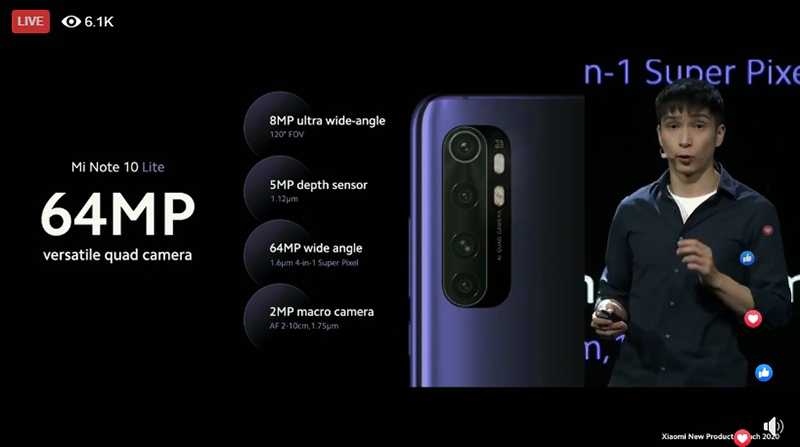 What replaced the 20-megapixel ultra-wide-angle lens found on the flagship versions is an 8-megapixel ultra-wide-angle camera with 120-degrees field-of-view on the Mi Note 10 Lite. Another key difference is the lack of a telephoto lens on the newly-announced smartphone; instead, it has a 2-megapixel macro camera with a focus range of 2cm to 10cm and a 5-megapixel depth sensor. Whether the Mi Note 10 Lite is capable of the 10x Hybrid and 50x Digital Zoom found on the true-flagship models is still up in the air, but at least the differences are made clear from the specs revealed thus far. 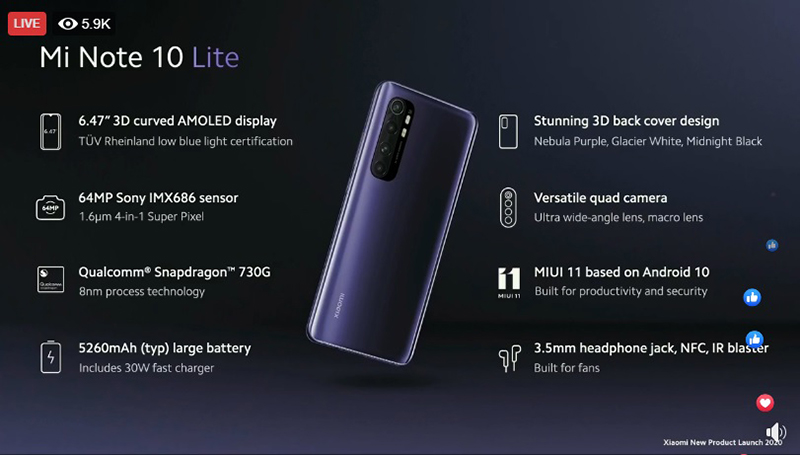 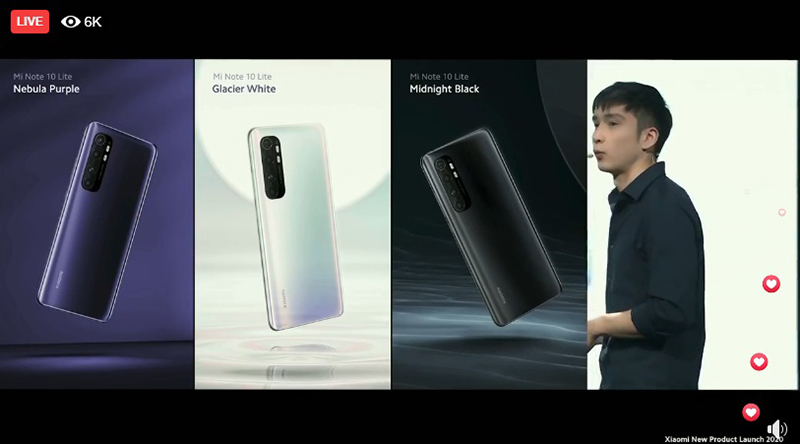 Xiaomi has yet to announce the local pricing and availability of the Mi Note 10 Lite, but we do know that they intend to have it out around mid-May 2020, at the following global price tags:

We'll update once we are notified of the local purchasing details.