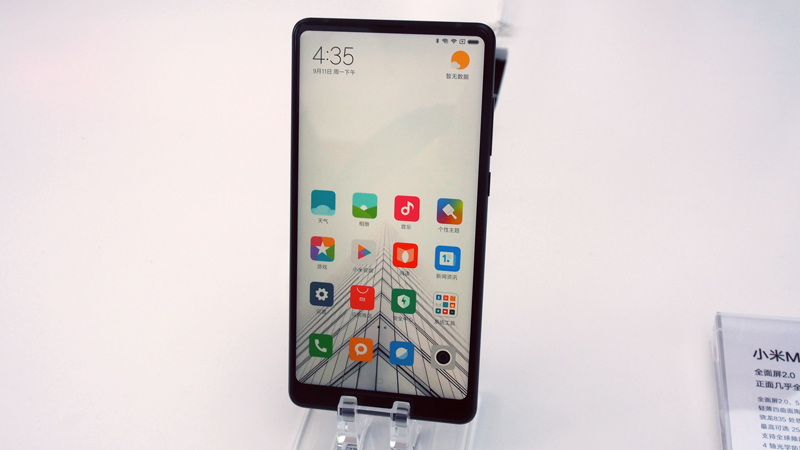 Xiaomi today announced the Mi MIX 2 smartphone that's made for the global scale in mind. The new phone supports 43 different LTE network bands from around the world, and it comes with hardware that's on-par with current-generation flagships. 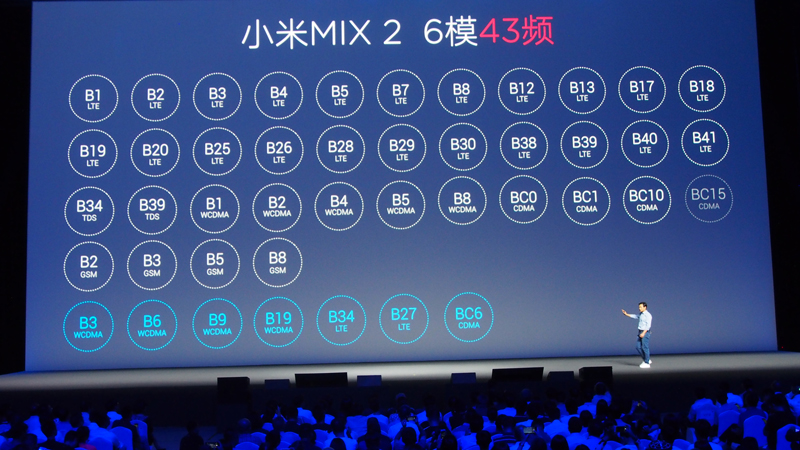 The first Mi MIX was announced in October 2016, but the phone did not officially reach markets outside of China due to its limited stock and network compatibility. This time, the Mi MIX 2's supported networks allow it to compete with other near-bezel-less rivals (like the Galaxy Note8 and LG V30) on an international scale. Check our our quick hands-on of the Mi MIX 2:- 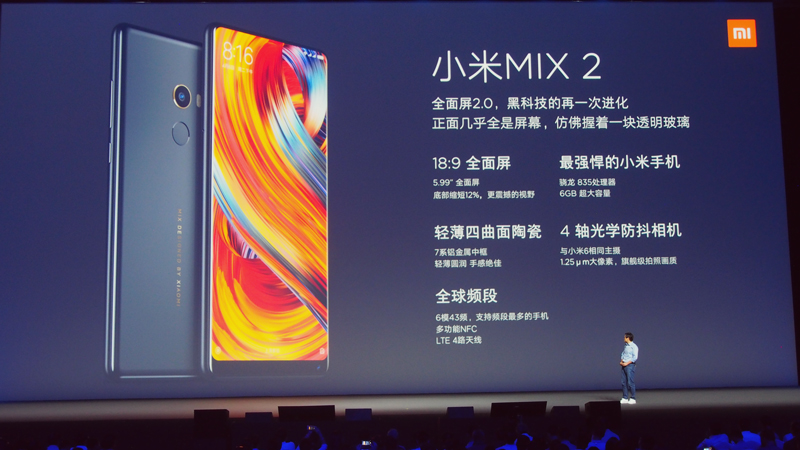 The Mi MIX 2's signature feature is none other than its near-bezel-less display. It's a 5.99-inch panel that's fitted into a phone body that typically houses a 5.5-inch screen. It matches up to its biggest rivals with an 18:9 aspect ratio, while offering 2,160 x 1,080 pixels resolution. 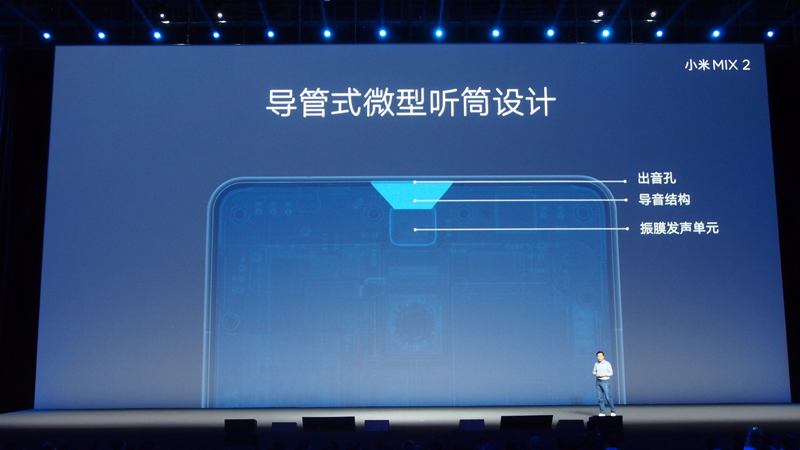 Technologies such as the piezoelectric ceramic sound driver and ultrasonic wave sensor return to the device, as these parts help Xiaomi to work around the Mi MIX 2's physical limitations. They've been reconfigured to provide better call privacy - Xiaomi rerouted the vibrations to the center-top call-speaker of the device, away from the phone's flank. Xiaomi also managed to reduce the chin area by 12% by using a front camera module that's smaller than convention modules and re-arranging the antenna lines. 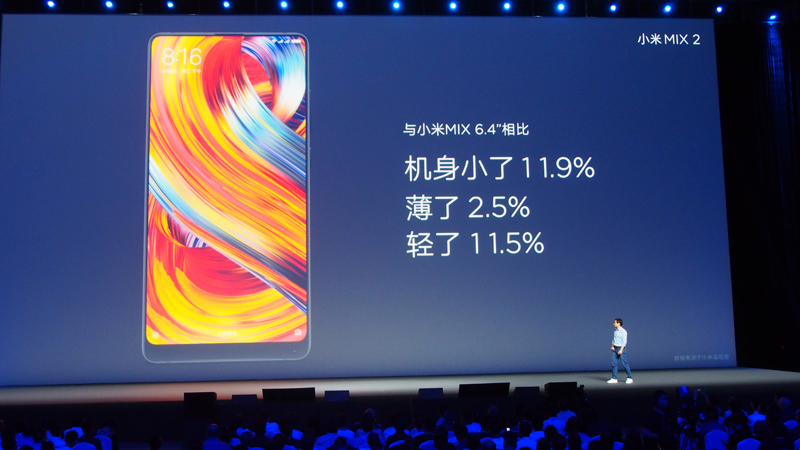 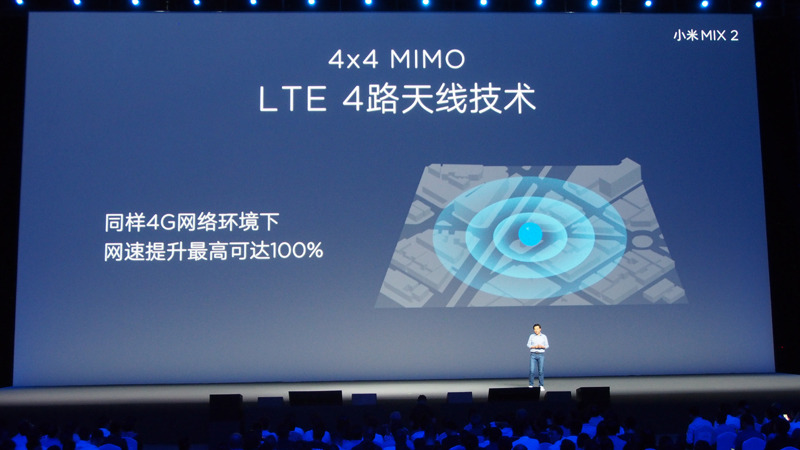 The all-screen Mi MIX 2 will be using a current flagship processor - a Qualcomm Snapdragon 835 chipset. This SoC puts the MIX 2 on par with Xiaomi's former 2017 flagship, Mi 6, along with other rivals like HTC U11, Sony Xperia XZ1, OnePlus 5, V30, etc. The Android 7.0 OS (Nougat) phone will also have 6GB RAM and three storage space variants. Other flagship-tier specs include its 4x4 MIMO antenna and NFC support, and 3,400mAh battery.

The rear camera is identical to the Mi 6's primary shooter. It is a 12-megapixel Sony IMX386 sensor with 1.25μm pixel size and 4-axis OIS. Paired with the sensor is a lens with f/2.0 aperture. 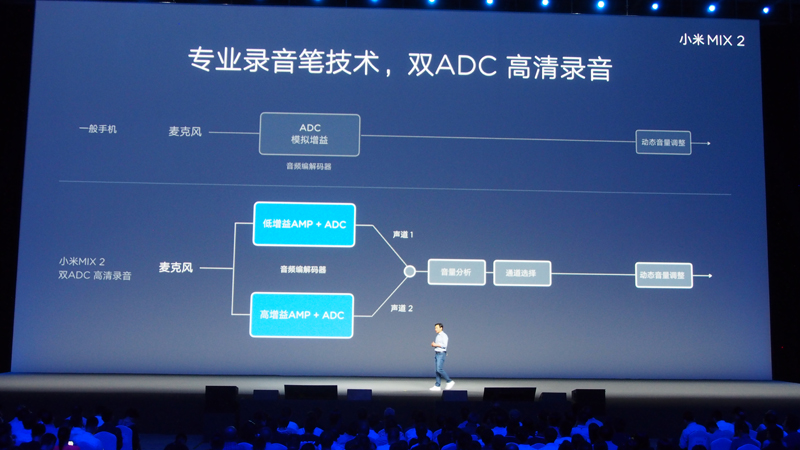 It also has "professional-tier" audio recording technology. Within the phone is a dual microphone setup that boasts an amp and DAC in each mic for better voice-recording clarity. 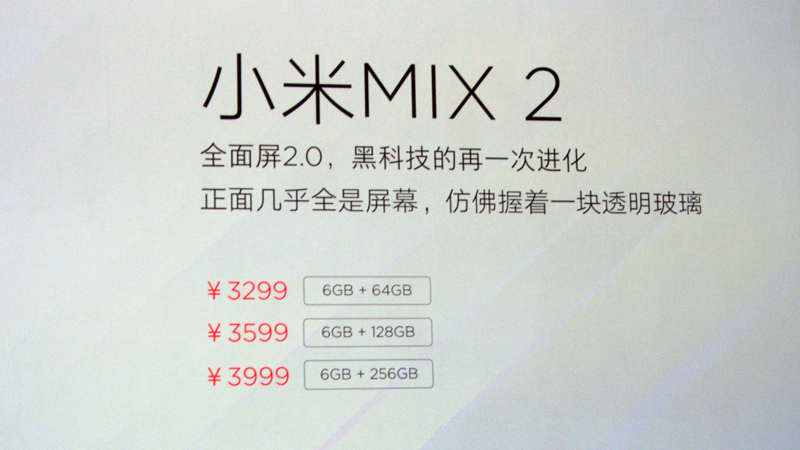 The phone starts at a recommended retail price of CNY3,299 (~S$681.23) for its 6GB RAM, 64GB storage variant. It will be available in selected markets around the world. More details will come when it's closer to each market's release date. There's also a uni-body ceramic variant that uses one block of ceramic to create the Mi MIX 2's chassis - this 8GB RAM, 128GB storage model retails at CNY4,699 (~S$970.33) instead.

Join HWZ's Telegram channel here and catch all the latest tech news!
Our articles may contain affiliate links. If you buy through these links, we may earn a small commission.
Previous Story
Blush Gold iPhone X might not be available for purchase at launch
Next Story
Xiaomi announces Mi Notebook Pro with Intel's 8th-gen Core processors