Note: This article was first published on 9 December 2021. Xiaomi’s finally ready to bring its Q1E 55” TV to Singapore.

Instead of 30W speakers, the Q1E six-speaker system has each unit at 15W supporting both Dolby Audio and DTS HD. 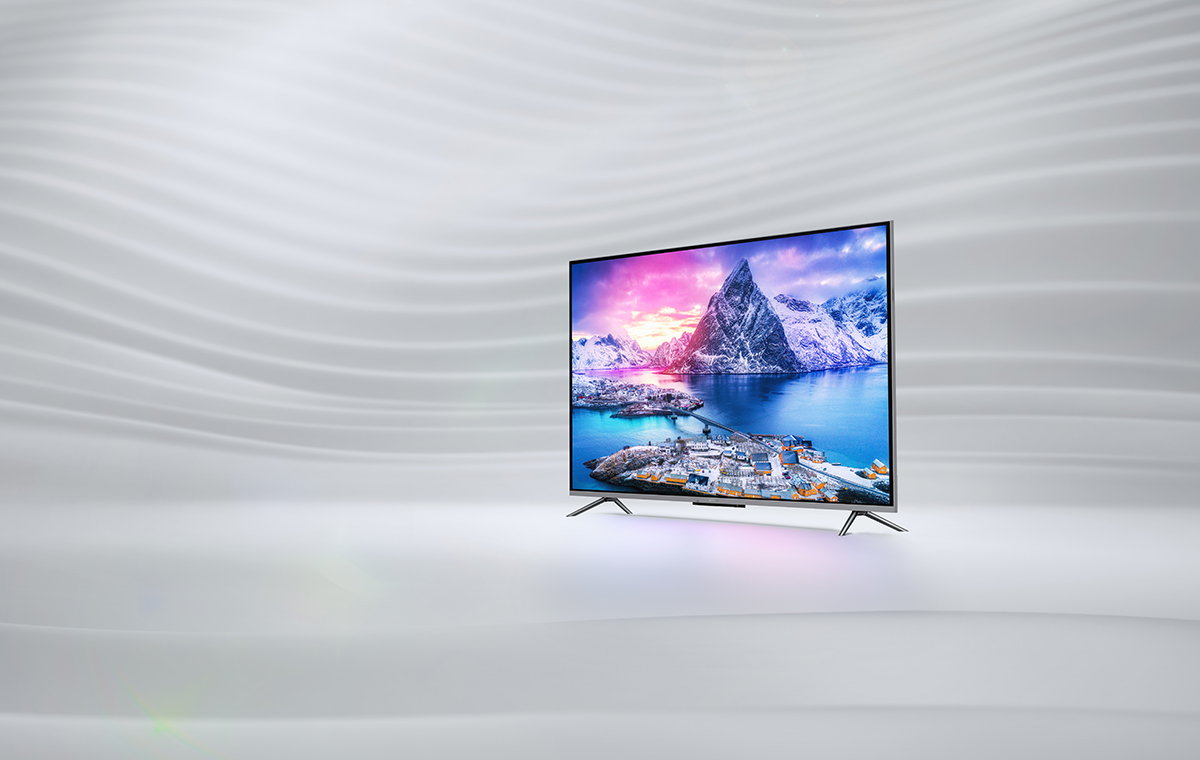 Q1E comes with an included base (totalling at 1,230.4 x 262 x 767mm), with an option to wall-mount the screen. However, Xiaomi recommends using its special 200 x 200mm wall mount bracket that’s sold separately to avoid unnecessary damage (typically, VESA wall mounts are 400 x 400mm for TVs of this size).

As an Android TV 10 appliance, the Bluetooth remote comes with dedicated buttons for Netflix and Amazon Prime Video. It also has built-in Google Assistant for voice commands, on top of Chromecast support if you have one.

It comes with three HDMI ports (one of which has eARC), and two USB 2.0 ports. While it supports Bluetooth 5.0 and Wi-Fi 2.4/5GHz, you can also use its Ethernet LAN port for wired connectivity. Other port options are Composite In for AV, a CI Slot, an Optical Digital Audio Out port, a 3.5mm port for headphones. For terrestrial channels, it has DVB-T2/C and DVB-S2. 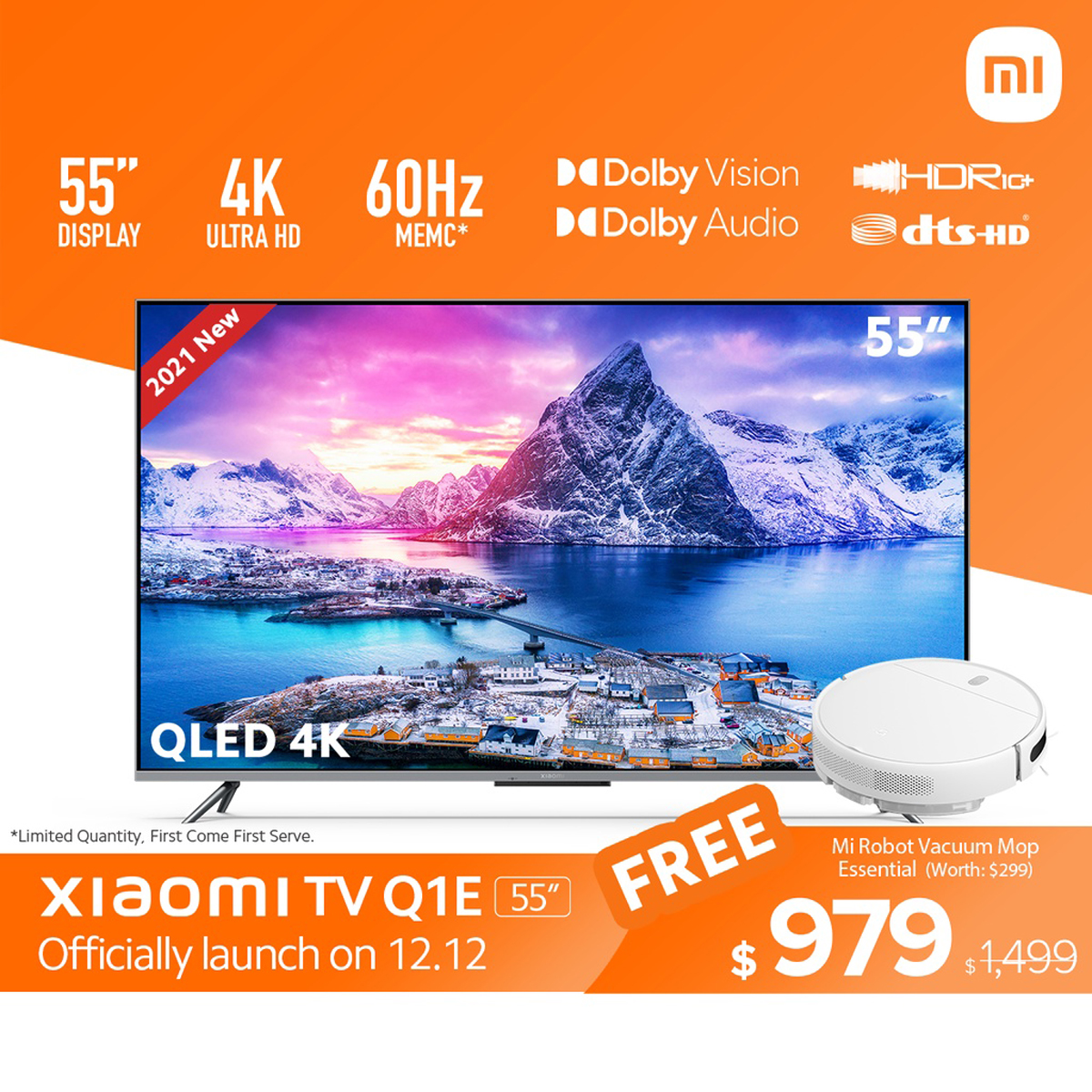 Xiaomi Q1E retails on 12 December 2021 onwards at S$1,499. It’s available on Lazada and Shopee. The TV is also sitting in official Xiaomi physical stores, if you want to check them out.

For early-bird buyers, they can get the Q1E at S$979 along with a complimentary Mi Robot Vacuum Mop Essential (worth S$249). This promotion is limited and on a first-come-first-serve basis. During a product showcase for the new Xiaomi Q1E, the company also unveiled some new products they are bringing into Singapore in 2022. There was a soundbar with a sub-woofer, three robotic vacuum cleaners, and an air purifier. All we found out from Xiaomi was that the soundbar had NFC capabilities. for more information, specs, and pricing, we will have to wait until next year. We will update this article with more information as we get it.

Join HWZ's Telegram channel here and catch all the latest tech news!
Our articles may contain affiliate links. If you buy through these links, we may earn a small commission.
Previous Story
Huawei is unveiling a new pair of HarmonyOS-powered smart glasses on 23 Dec
Next Story
Singapore Airlines is first to renew its freighter fleet with the more efficient Airbus A350F