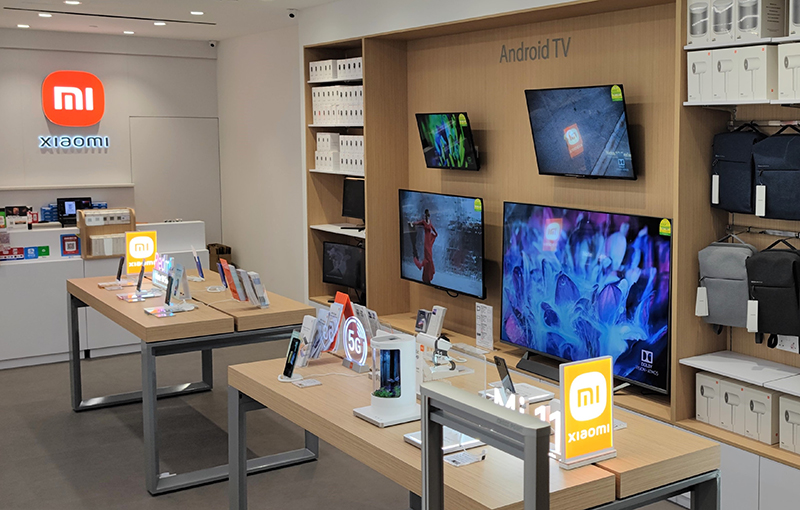 According to Xiaomi Singapore, this 1,130sqft (~104.9sqm) shop will stock a “wide selection of Xiaomi products from smartphones, home and living appliances such as vacuums, kitchen tools and even smart TVs”, just like its seven other official stores that dot our little island.

‘We are excited to open up a new space in Yishun to reach out to more Mi Fans in the area. Northpoint City is right in the heart of Yishun, and we hope that our products will be even more accessible and continue to improve the quality of life of the residents around the area,” said Nicolas Shi, Country Manager for Xiaomi Singapore and Malaysia.

To celebrate, Xiaomi will run a two-day launch promotion on 17 and 18 July for its phones and AIoT products, along with a host of other purchase-with-purchase specials, while stocks last. Every smartphone purchase at the new store on its opening day (17 July) comes with a free Rockspace screen protector.

Next up, AIoT products:

As for home appliances:

Finally, all transactions made on 17 and 18 July at the new store automatically enrolls the shopper into a Mi Store Lucky Dip. There are three Xiaomi Mi Lite 5G and three 55-inch Mi TV 4S waiting for its lucky owners.

Join HWZ's Telegram channel here and catch all the latest tech news!
Our articles may contain affiliate links. If you buy through these links, we may earn a small commission.
Previous Story
Canalys report: Xiaomi overtakes Apple as #2 for smartphones sold across the globe
Next Story
Fitbit's Sense smartwatch finally gets approval for ECG app in Singapore