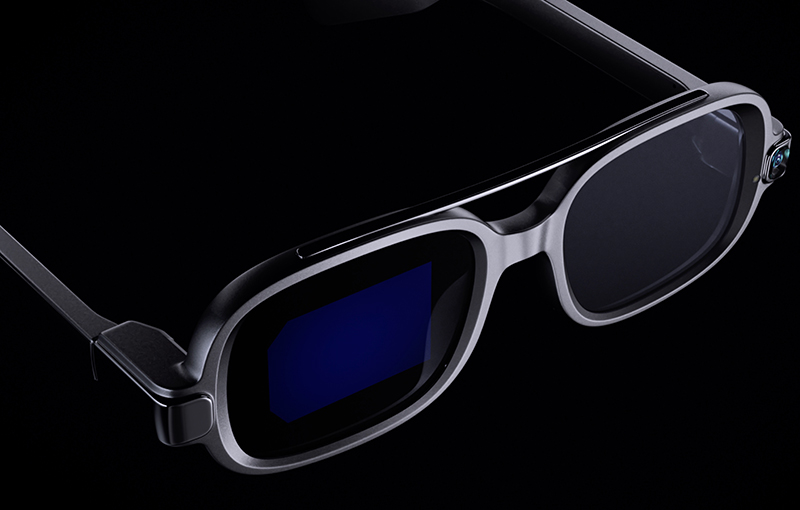 Earlier today (14 September 2021), Lei Jun, co-founder and CEO of Xiaomi posted about a new Xiaomi wearable on his Twitter feed (@leijun). For reference:

Introducing Xiaomi Smart Glasses! Though at first glance these seem just ordinary glasses, MicroLED optical waveguide imaging technology puts a display in front of your eyes, for our smartest viewing experience yet. pic.twitter.com/CoP8t5GNH6

The Xiaomi Smart Glasses utilise MicroLED imaging technology, allowing the eyewear to use a tiny 0.13-inch display with various magnification techniques and optical waveguiding to display its content on the lens. According to Xiaomi’s blog post about its new wearable, Xiaomi Smart Glasses do not necessarily function as a “second screen” for phones. It’s designed as an independent smart wearable device, with functionalities like call and notification display, navigation, photo-taking (with its built-in 5MP camera), teleprompter cues, and real-time text or photo translation. More crucial is Xiaomi’s research into “interaction logic” for regular use of the smart glasses - ensuring that the smart glasses do not disrupt “ordinary use” and displays key information “in a timely manner”. To achieve this, the Xiaomi Smart Glasses pack a voice-enabled assistant called XiaoAi AI Assistant.

The glasses use an unnamed quad-core ARM processor, and it runs on Android. Connectivity options are Wi-Fi and Bluetooth. Xiaomi did not share when the smart eyewear will hit retail, nor did it provide an estimated price for the gadget yet.

Join HWZ's Telegram channel here and catch all the latest tech news!
Our articles may contain affiliate links. If you buy through these links, we may earn a small commission.
Previous Story
Pokemon-inspired salt and pepper shakers are now available for pre-order on Premium Bandai
Next Story
A massive Nvidia leak might have revealed many unannounced games and PC ports