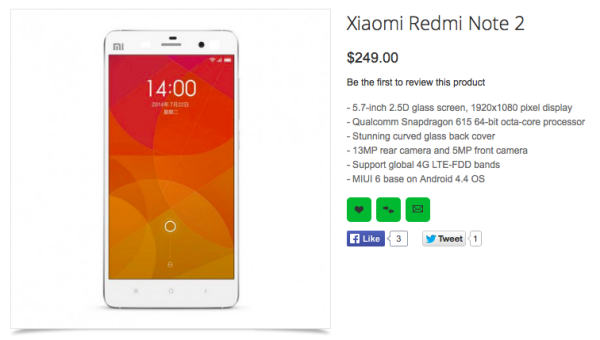 Contrary to an earlier report of Xiaomi announcing the Mi 5 on January 15, it is now believed that the Chinese company will unveil the Redmi Note 2.

Chinese e-commerce site Oppomart has spilled the beans on the Redmi Note 2 by listing its image, specs and price. According to Oppomart, the Redmi Note 2 will sport a 5.7-inch 1080 display with 2.5D curved glass. Its back is also stated to come with a curved Corning Gorilla Glass for "better smooth feeling in your hand".

Similar to the recently announced HTC Desire 826, the Redmi Note 2 will be powered by a Qualcomm Snapdragon 615 64-bit octa-core 1.5GHz processor and 2GB RAM. It will ship with MIUI 6 which is based on Android 4.4 KitKat.

Other key specs of the device include a whopping 3,600mAh battery, a 13-megapixel rear camera with zero shutter lag and dual-tone LED flash, a 5-megapixel front-facing camera, support for global 4G LTE FDD bands, dual micro-SIM card slots and storage options of 16GB or 32GB. It is not known if the Redmi Note 2 supports microSD expansion.

Its physical dimensions are not listed anymore; GizmoChina claimed that Oppomart listed them earlier, but removed it later. The Redmi Note 2 is stated to measure 141.89 x 71.4 x 6.1mm. In comparison, the Redmi Note 4G measures 154 x 78.7 x 9.45mm. Last but not least, the Redmi Note 2 should come in 5 back cover options as it is said that 5 wallpapers are specially designed to match the color of the phone. 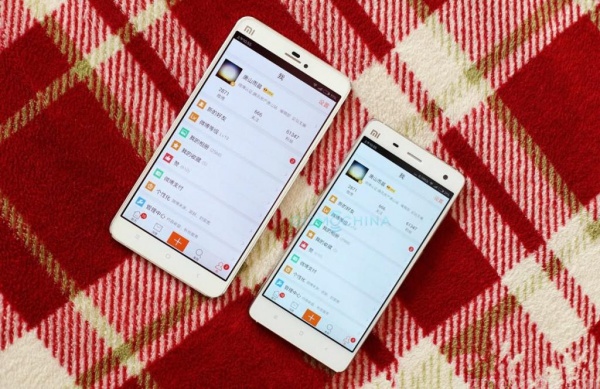 Now that we get the specs out of the way, let's take a look at the new design of the Redmi Note 2. If the picture from Oppomart turns out to be true, the Redmi Note 2 will sport a design similar to its current Mi 4 flagship smartphone. You will get the volume controls and power button on the right side.

Oppomart places a price tag of US$249 (estimated to be S$332 based on currency exchange rates at time of publication) on the Redmi Note 2. Well, it seems that Xiaomi is going to give the ASUS ZenFone 2 and Desire 826 a run for their money soon!

Join HWZ's Telegram channel here and catch all the latest tech news!
Our articles may contain affiliate links. If you buy through these links, we may earn a small commission.
Previous Story
Apple to rely heavily on Samsung for Apple Watch components
Next Story
ASUS showcases new portable LED projectors at CES 2015