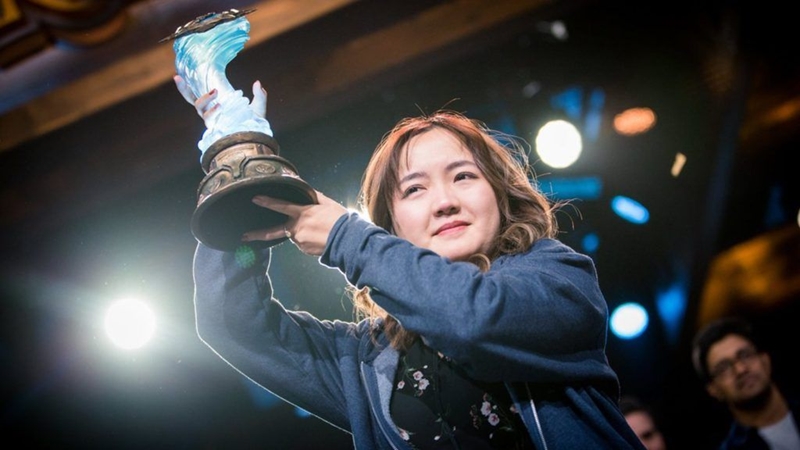 Evolve Shaman, Quest Druid and Highlander Hunter; those were the ingredients chosen to create the perfect 3-0 win. Well, sorry to disappoint, but that's about where we'll stop referencing the Powerpuff Girls intro and actually start talking about our first female Hearthstone Global Champion, Xiaomeng "VKLiooon" Li.

The Chinese pro player went undefeated throughout BlizzCon 2019, and while that's already amazing in itself, that metaphorical sundae was topped off with a seemingly effortless 3-0 victory against US pro player Brian "bloodyface" Eason in the finals. This means she takes home the title of Hearthstone Global Champion as well as US$200,000 in prize money!

That being said, what makes her achievement really stand out is the fact that she had to qualify for the tournament via "open tournaments" rather than an internationally established competitive circuit like the Hearthstone Grandmasters. It's not by choice, either - China's competitive system works a little differently from the rest of the world, with their own leagues, championships and what-have-you. In fact, Li only managed to secure her place at BlizzCon by winning the Gold Open Tianjin Season 1 Playoffs! 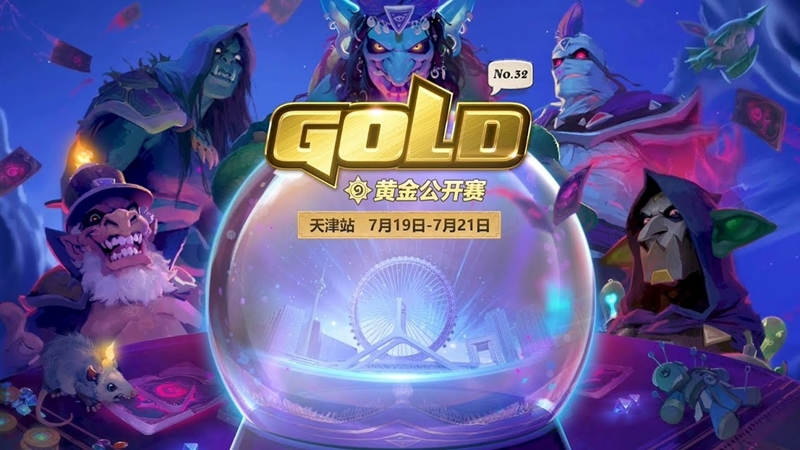 Anyway, let's review the gameplay. Li opened up the finals taking Evolve Shaman against Eason's Quest Druid, winning the engagement and securing an early lead. Quest Druid excels at stalling and keeping itself alive in the mid to late game, but doesn't fare well against decks with consistent and potentially explosive board presence like Evolve Shaman.

The second match saw the tables turned, with Li bringing Malygos Druid into the fight against Eason's Evolve Shaman. In this case, although the former possesses less survivability than Quest Druid, it is completely loaded with area-of-effect spells - something that Evolve Shaman finds difficult to abide. 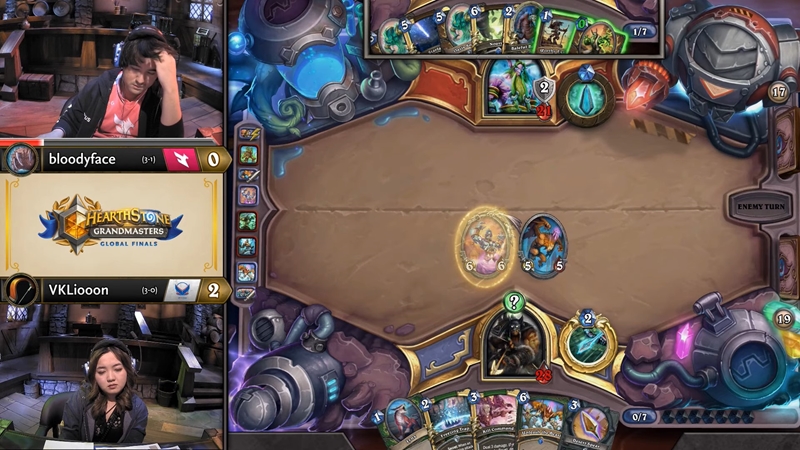 The third and last match was perhaps the most interesting, pitting Li's Highlander Hunter against Eason's Quest Druid. Highlander Hunter is quite an unorthodox pick by Western meta standards, although it is common in the Asia-Pacific competitive leagues. It's more unpredictable than conventional builds at the cost of consistency, but that mattered little to Li as she easily uprooted Eason's Treants and took the gold home 3-0.

After the match, the Chinese pro was obviously emotional, but can you blame her? It's been an exceptionally tough road, made even more so at times because of her gender, but winning that title made everything worth it at the end. Her post-match interview also saw Li sending a powerful message of encouragement to all female fans and aspiring gamers, stating "I want to say for all the girls out there who have a dream for esports competition, for glory, if you want to do it and you believe in yourself you should just forget your gender and go for it."

Well, I think a standing ovation is in order for everyone - congratulations once again to VKLioon for her impressive win, and to the rest of the competitors as well for their valiant efforts. GGWP all!

Join HWZ's Telegram channel here and catch all the latest tech news!
Our articles may contain affiliate links. If you buy through these links, we may earn a small commission.
Previous Story
Sony’s latest smartphone is the Xperia 5 *Updated with pricing and availability*
Next Story
Nioh 2 to be released 13 March 2020, with Open Beta available now