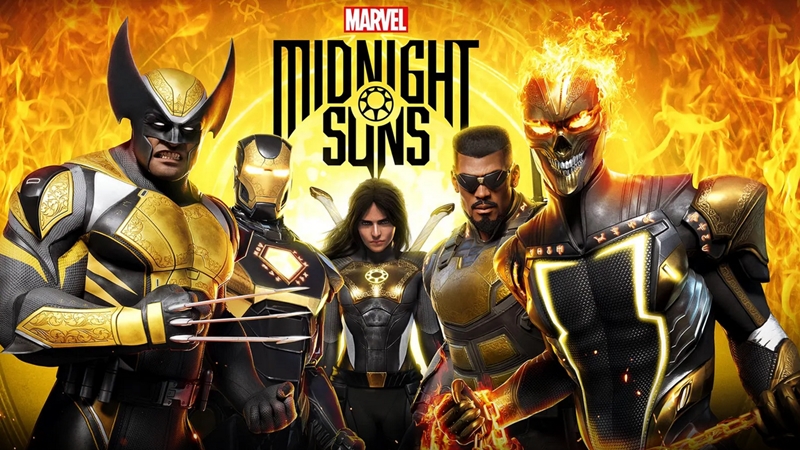 Just before E3 this year, Take-Two's earnings call teased the release of two new gaming franchises - the first of them, Tiny Tina's Wonderlands was revealed shortly after, but the community was left largely in the dark regarding the second. In fact,  all we knew about it up till now was that it was a Marvel superhero title from XCOM developer Firaxis Games.

Fortunately, the recent Gamescom opening night has finally shed some light on this mysterious game, and boy, does Marvel's Midnight Suns look spectacular. Also, no, there isn't a typo there, though I certainly wouldn't blame you for thinking that - it's "Suns" with a "U", not an "O".

As for gameplay, the team has yet to reveal whether their new title will indeed be following in XCOM's footsteps, but the trailer they dropped last night already gives us an idea of who our potential team members will be. Namely, we've caught snippets of Iron Man, Blade, Captain Marvel, Wolverine, Doctor Strange, and Ghost Rider scattered throughout the clip, though we can probably expect a much larger cast on release.

Speaking of characters, the trailer also introduces us to both the player character and the main antagonist, but don't worry if you don't recognise either of them. The former is a brand-new sword-wielding superhero called The Hunter, with yet-unknown abilities, while the latter is a demonic being called Lilith, who is suggested to be her mother.

Thematically, despite the colourful medley of laser bolts, magic blasts, and good old-fashioned swordplay from Blade, this game appears to be much darker and more brutal in terms of its flavour and setting. In fact, we already see Wolverine impale two enemies with his claws in the trailer, not to mention that the cast appears to have awakened The Hunter from some sort of Pandora's box.

And, of course, there's also Ghost Rider - because having a flaming skull for a head always adds points to the "dark-and-spooky meter".

Join HWZ's Telegram channel here and catch all the latest tech news!
Our articles may contain affiliate links. If you buy through these links, we may earn a small commission.
Previous Story
Gigabyte's Aorus Gen4 7000s SSDs have been optimised for the PlayStation 5 too
Next Story
The new gameplay trailer for Lego Star Wars: The Skywalker Saga looks fantastic