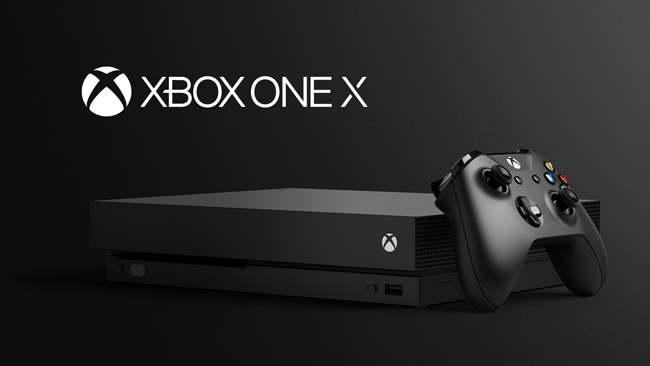 Over at E3 2017, Microsoft announced their Xbox One X, the next-generation gaming console that can run games in 4K resolution (3,840 x 2,160 pixels) using hardware that can beat the PlayStation 4 Pro on paper. The console was hyped up by Microsoft late last year under the Project Scorpio moniker, and it finally gets an official launch date and price: 7th November 2017 at a hefty S$699.

According to Microsoft’s press statement, the Xbox One X has “40% more power than any other console”, and it offers true 4K gaming when the console is paired with a 4K display (shout out to Samsung’s QLED television sets). Folks using a regular Full HD (1,080 pixels) television can still expect “better textures, smoother frame rates and faster load times”. Accessories and games from the existing Xbox One family are also compatible with the Xbox One X. The console also comes with Dolby Atmos support.

It’s quite unlike its preceding Xbox One S from December 2016; while both systems support 4K resolution and HDR-capable titles, the newer Xbox One X will also come with backward-compatibility for some Xbox 360 game titles. Microsoft said that nearly 400 popular titles will be made available on the Xbox One X, starting with Crimson Skies.

Microsoft also showcased 42 games that will be making its way to the Xbox One X. 22 of them are exclusive to the console.  Here are some notable mentions, regardless of console exclusivity:

From the makers of Mass Effect (BioWare) comes a new first-person shooter title that resembles Destiny, but this one has jetpacks. The game will feature co-operative play in a shared world, and each player will be able to customize their outfit with unique equipment and abilities. Unfortunately, Anthem is planned for a 2018 launch, so there’s quite a wait before we get to see more.

It’s your regular Assassin’s Creed, but it’s set in ancient Egypt this time around. The third-person RPG will play out the origin story of the eponymous Brotherhood, along with revamped mechanics (combat pet bird, anyone?). It will come to all gaming platforms on 27th October 2017.

This Microsoft exclusive gets a special mention because it supports 4K resolution at 60 frames per second and HDR support. Forza Motorsport 7 now comes with more than 700 cars, up from their previous selection of 450. Look forward to the 2018 Porsche 911 GT2 RS cover car as it the title lands on October 2017 (Xbox and Microsoft Windows 10 only).

Join HWZ's Telegram channel here and catch all the latest tech news!
Our articles may contain affiliate links. If you buy through these links, we may earn a small commission.
Previous Story
Samsung’s sprawling 49-inch curved quantum dot display is the first to feature AMD’s FreeSync 2
Next Story
The Aorus X5 MD is an NVIDIA Max-Q notebook with a GeForce GTX 1080 and a 4K display