Xbox One to get its Windows 10 update on November 12

Xbox One to get its Windows 10 update on November 12 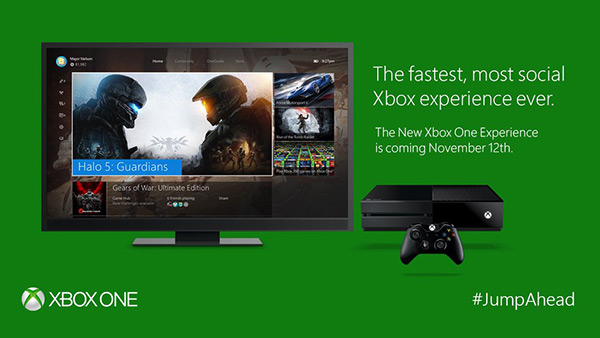 Xbox One owners, there’s no need to be jealous of your Xbox One preview member friends. Microsoft has announced that the New Xbox One Experience, basically a Windows 10-powered Xbox One, will roll out on November 12. And for this upcoming update, the main focus is on the redesigned dashboard.

Introducing a completely re-imagined Xbox One experience that integrates the speed and versatility of Windows 10. Get faster access to the games, friends, and features that matter most. Start and join parties, add friends, and check messages without leaving full-game mode. View your friends’ activity feeds, find new challengers, and see what’s trending on Xbox Live in the new Community area. Whether you want to discover new movies and shows with the OneGuide or play with the best gamers on Xbox Live, the New Xbox One Experience gives you what you want, when you want it.

With the underpinnings of Windows 10, Xbox One is also expected to gain Cortana integration. While testers will be able to test it before the end of the year, public rollout of this feature will not arrive until 2016.

Previous Story
The NZXT Hue+ is a smart, custom lighting solution that responds to your system
Next Story
More Android users switched to iPhone in Q4 than in any other quarter