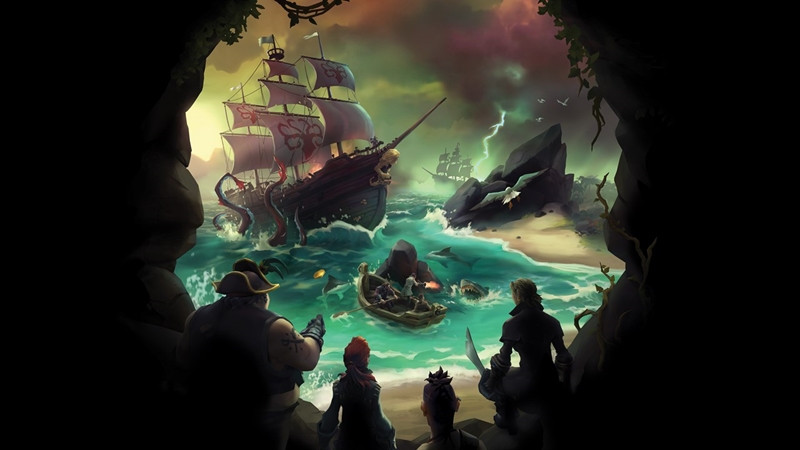 The latest instalment of Inside Xbox has just run its course, and we've got a whole treasure trove of news lined up one after the other. For starters, though - let's take a look at what Sea of Thieves developer Rare shared about their plans for the future.

First off, fans will probably be ecstatic to know that they've already got their next voyage cut out for them. The game's next update, The Seabound Soul is set to go live on November 20th, and here's a brief list of what we know about it.

That's not all, though. Rare also revealed that they've been working on a brand-new IP called Everwild. They mentioned that the main objective was to provide "new ways to play in a natural and magical world", implying that it's going to be a RPG-esque fantasy title. Speaking of which, did anyone else think of The Legend of Zelda too?

Jokes aside, the IP is still in its infancy, and that's pretty much all we know about it at this point in time. That said, we can trust Rare to share more on this exciting new venture soon.

Previous Story
Keanu Reeves is Sage, called sage, and made of sage in the new SpongeBob movie
Next Story
XO19: Obsidian's next game is basically Honey, I Shrunk the Kids: The Game
Featured Highlights