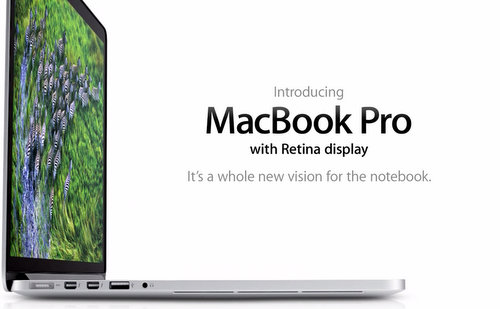 After months of rumors regarding a super-slim MacBook Pro (MBP), its existence has finally been confirmed during this year's Apple Worldwide Developers Conference (WWDC). It was revealed by Apple's senior vice president of worldwide marketing, Phil Schiller. "It's a breakthrough in engineering," he said. And from the looks of things, he can't be too far off the mark. The new 15.4-inch MBP eschews an optical drive, making it much slimmer than previous generations of MacBook Pros. It now measures only 0.71 inches (approximately 18mm) thick, and is touted to be as thick as the current generation of MacBook Airs. This level of thinness also means it's the lightest MacBook Pro ever made, at 2.02kg. 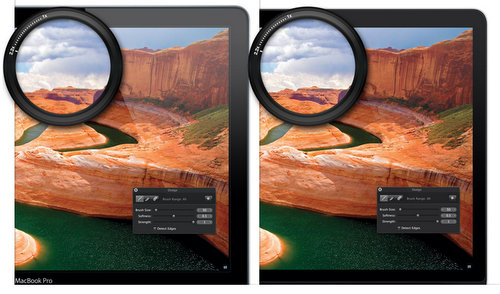 In addition, this new MBP will come with a Retina display, sporting a staggering resolution of 2,880 x 1,800 pixels, which translates to 220 pixels-per-inch - the highest pixel density on a consumer notebook to date. Other advantages of the new Retina display, are deeper blacks, 29% higher contrast ratio, wider viewing angles, and reduced glare (75%). Unlike the other MBPs, Apple has removed the glass covering the screen. To take advantage of this new display, Apple has also updated native applications like Mail, Safari, iMovie, and iPhoto. Apple's professional applications like Aperture and Final Cut Pro are also updated to utilize the high pixel density of the new Retina display. It also seems like Apple has been keeping other software partners in the loop, because Adobe and Autodesk also boast updated software that are compatible with the new display. Apps that don't support the Retina display will be 'pixel-doubled' - that is, scaled up to fit the high-res screen.

A teardown image of the new MBP flashed during the presentation showed that the battery dominates the interior (estimated 7 hours of usage, and 30 days of standby time). To make sure that the machine runs on as little power as possible, the new MBP naturally uses flash storage (SSD), upgradable to a maximum capacity of 768GB. In the graphics department, in addition to the integrated Intel HD 4000 graphics, there's also discrete graphics that comes in the form of NVIDIA's GeForce GT 650M with 1GB of GDDR5 memory. Connectivity-wise, the new MBP will sport a card reader, an HDMI port, two USB 3.0 / USB 2.0 combo port, an audio jack, two Thunderbolt ports, and a Magsafe 2 power port. 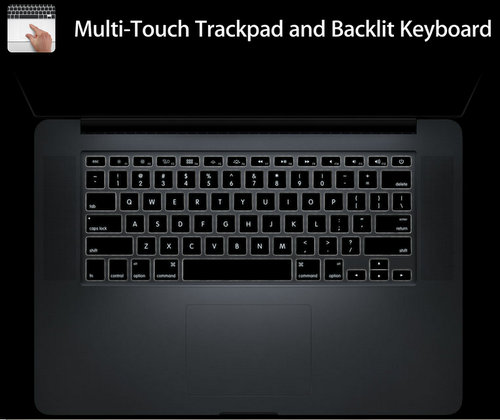 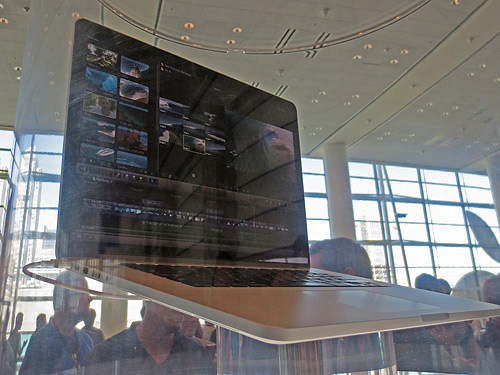 Other hardware goodies include a multi-touch trackpad, backlit keyboard, stereo speakers, and dual microphones. In the video introducing the Retina MacBook Pro, Apple's celebrated designer, Jonathan Ives also mentioned that the fans on the machine have been redesigned to be quieter, by way of asymmetrically spaced fan blades. The base model for the new, Retina display-equipped MacBook Pro (2.3GHz quad-core Intel Core i7, 8GB RAM, 256GB flash storage) is priced at S$2,988. Maxing it out with a 2.7GHz CPU, 16GB RAM, and 768GB of flash storage will set you back S$5,118.

Of course, having a new MBP doesn't mean Apple will be getting rid of any existing models. The updated MacBook Air (MBA) models will get faster processors (Ivy Bridge), faster graphics (Intel HD 4000), faster flash storage (up to 512GB), and a 720p FaceTime camera. USB 3.0 support also comes to the refreshed MBAs. The 11-inch model starts from S$1,388, while the 13-inch model starts from S$1,688. Ivy Bridge also arrives for the other MacBook Pros, the highest offering being the 2.7GHz quad-core i7. The 13 inchers will use Intel HD 4000 graphics, while the 15 inchers will additionally sport the NVIDIA GeForce GT 650M discrete graphics with up to 1GB of video RAM. Prices of the 13-inch and 15-inch MBPs start from S$1,688 and S$2,488 respectively.

Also, it looks like Apple has discontinued the 17-inch MacBook Pro.

An interesting new feature on OS X Mountain Lion that will be made available for the Retina display-equipped MacBook Pro and second generation and later MacBook Airs is something called Power Nap. Even when the Mac is sleeping, new emails will be downloaded, Time Machine backups will continue to run, and app updates will also be applied. The cost of upgrading to OS X Mountain Lion is US$19.99. It's free if you were to buy any of the newly announced Macs.

The availability of OS X Mountain Lion (only on the Mac App Store) is pegged at July.

Join HWZ's Telegram channel here and catch all the latest tech news!
Our articles may contain affiliate links. If you buy through these links, we may earn a small commission.
Previous Story
Philips Kicks Off Euro 2012 App on Net TV Platform
Next Story
Canon imageCLASS LBP6680x Increases Productivity for SOHOs