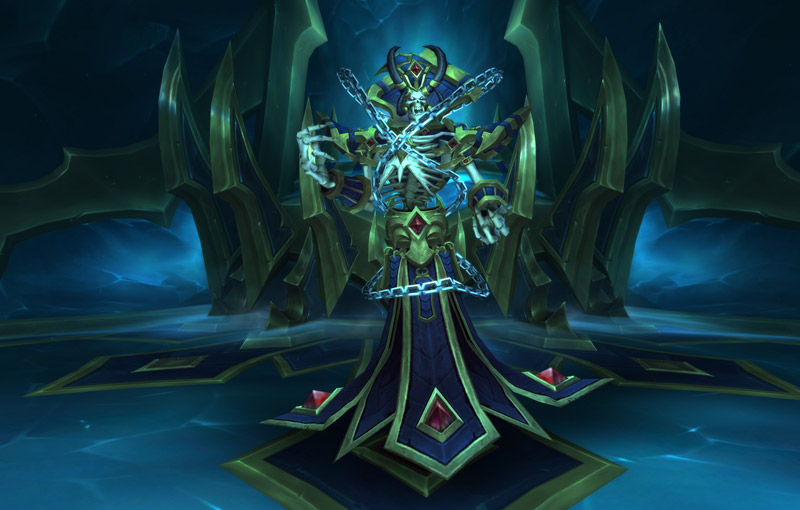 The Shadowlands just got a bit more dangerous.

Blizzard Entertainment has just launched the 9.1 patch for World of Warcraft: Shadowlands, titled Chains of Domination. Originally revealed at BlizzConline 2021, this patch adds the new area Korthia, a raid, a mega-dungeon and the ability to fly across the Shadowlands. I mean, who doesn’t want to fly?

Watch the launch trailer below:

The most important addition here is Korthia, the City of Secrets. The Jailer is searching for a key, and has pulled this city into the Maw to find it. Obviously, this act won't fly without opposition, so all of the Covenants are fighting together to stop the Jailer’s heinous plans. Two new reputations and many new mounts await you in Korthia, along with a bunch of new gear and quests to complete.

Chains of Domination also brings a new story-heavy raid called the Sanctum of Domination. This is a pretty large 10-boss raid that brings back old villains from Azeroth and ends with a climactic showdown against Sylvanas Windrunner. During an earlier interview with HardwareZone, game director Ion Hazzikostas said that the fight would showcase, “all the different sides of her identity and how she can enter combat, from the Dark Ranger that we've known for years, to the Banshee that we saw in Battle for Azeroth with the new powers that the Jailer has given her.”

There’s plenty more new content to grind through in this update. A new Mega-Dungeon is coming with Tazavesh, the Veiled Market. This takes players through a Broker bazaar and culminates in a high-stakes heist. You’ll also be able to unlock the ability to fly in the four covenants’ zones of Bastion, Maldraxxus, Ardenweald and Revendreth. Shadowlands Season 2 also brings Mythic+ (with a new keystone affix, Tormented) and PvP, along with various new cosmetic items and updates to Torghast.

You can play through Chains of Domination right now, before the raid opens up on 6 July.

Join HWZ's Telegram channel here and catch all the latest tech news!
Our articles may contain affiliate links. If you buy through these links, we may earn a small commission.
Previous Story
Lenovo new L-series ThinkPads swap out Intel for AMD processors
Next Story
Oppo signs on with Amazon Web Services, bringing secure storage to phone users