The world’s first image of a Black Hole and how it was done!

Here’s the world’s first image of a Black Hole!

Note: This article was first published on 11th April 2019. 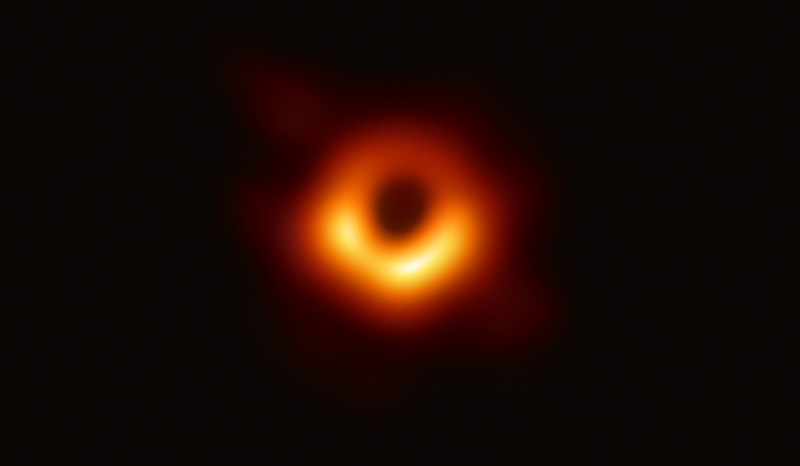 The Event Horizon Telescope (EHT) is a collection of eight ground-based radio telescopes located across the globe that link up to form an Earth-sized telescope with unprecedented sensitivity and resolution. Each pair of telescopes act as slits, creating a pattern similar to what happens with light. Using the Fourier transform function, astrologers are able to translate this information into an image we can display on screen.

"We have taken the first picture of a black hole," said EHT project director Sheperd S. Doeleman of the Center for Astrophysics | Harvard & Smithsonian. "This is an extraordinary scientific feat accomplished by a team of more than 200 researchers." 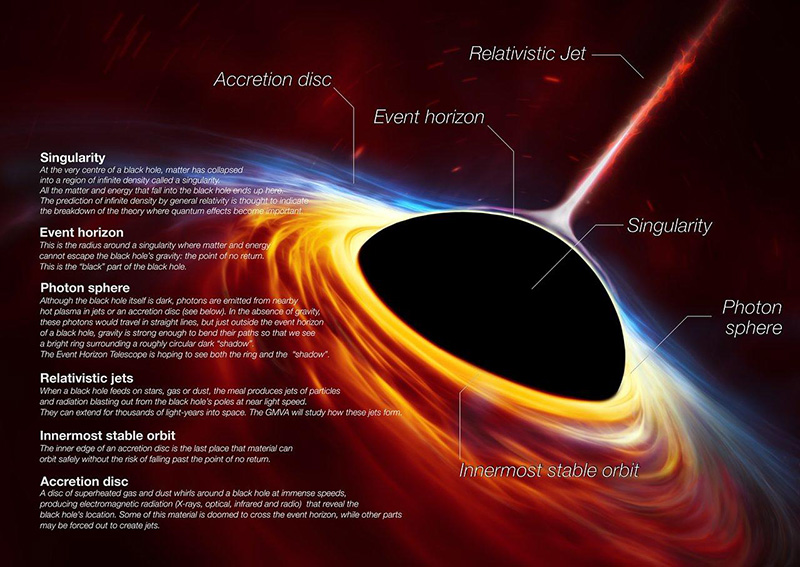 Black holes have enormous mass but extremely compact size, and are able to warp spacetime as well as superheat any surrounding material, hence the difficulty of capture. However, multiple calibration and imaging methods have revealed a ring-like structure with a dark central region that persisted over multiple independent EHT observations.

If immersed in a bright region, like a disc of glowing gas, we expect a black hole to create a dark region similar to a shadow — something predicted by Einstein’s general relativity that we’ve never seen before. This shadow, caused by the gravitational bending and capture of light by the event horizon, reveals a lot about the nature of these fascinating objects and allowed us to measure the enormous mass of M87’s black hole.

Heino Falcke, Radboud University, the Netherlands and chair of the EHT Science Council 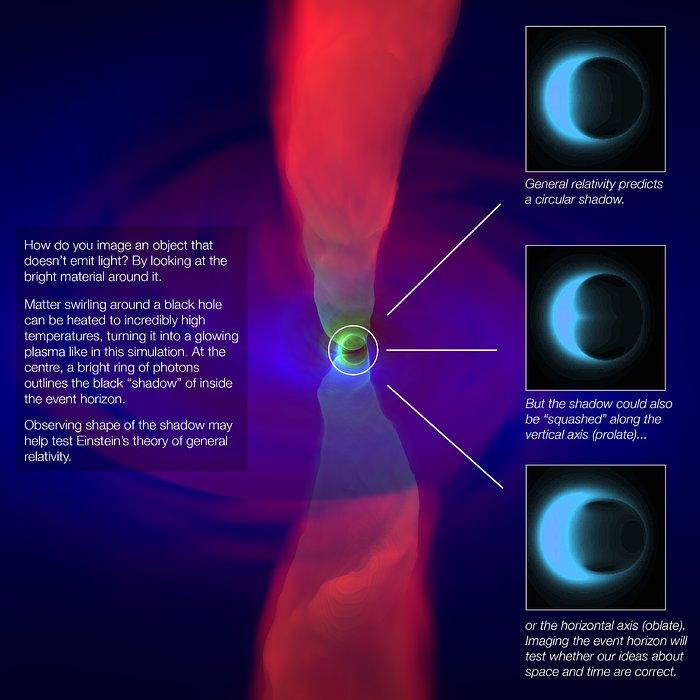 EHT observations use a technique called very-long-baseline interferometry (VLBI) which synchronizes telescope facilities around the world and uses the rotation of the planet to form one Earth-sized telescope observing at a wavelength of 1.3mm. VLBI allows EHT to achieve an angular resolution of 20 micro-arcseconds — enough to read a newspaper in New York from a sidewalk café in Paris. The infographic below better explains how interferometry works.

The telescopes contributing to this result were ALMA, APEX, the IRAM 30-meter telescope, the James Clerk Maxwell Telescope, the Large Millimeter Telescope Alfonso Serrano, the Submillimeter Array, the Submillimeter Telescope, and the South Pole Telescope. Petabytes of raw data from the telescopes were combined by highly specialized supercomputers hosted by the Max Planck Institute for Radio Astronomy and MIT Haystack Observatory. Future EHT observations will see substantially increased sensitivity with the participation of the IRAM NOEMA Observatory, the Greenland Telescope and the Kitt Peak. Telescope.

Previous Story
NVIDIA ray-tracing now available on GeForce GTX graphics cards!
Next Story
Apple estimated to have paid up to $6 billion to settle with Qualcomm