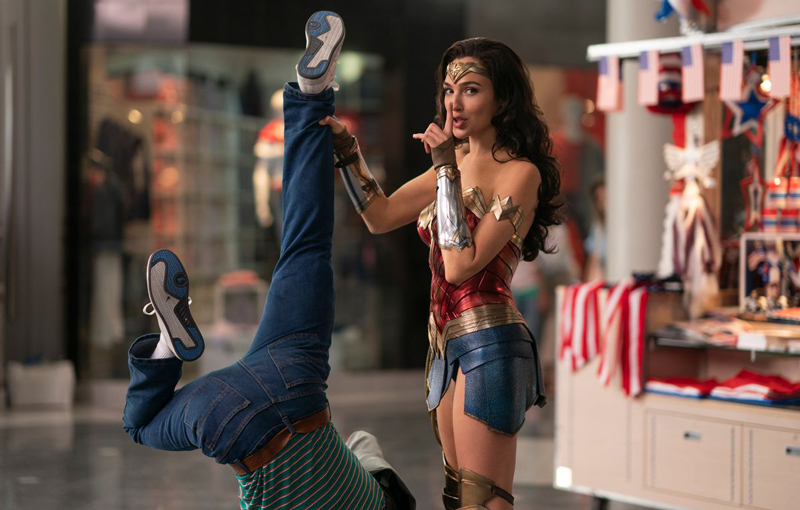 At least it’s not getting delayed again!

Warner Bros. Pictures has announced that not only will Wonder Woman 1984 keep its December 25 release date, but the superhero movie will also hit HBO Max on the same day at no additional cost for subscribers. In countries outside of the US (like Singapore), the movie will launch a week earlier on December 16 in theaters.

For the first time ever, #WonderWoman1984 will release in theaters and stream exclusively on @HBOmax* on December 25.

*Available on HBO Max in the US only at no extra cost to subscribers. pic.twitter.com/bU1Lmg5YDA

Since most theaters in the US are having trouble with the ongoing pandemic, putting Wonder Woman 1984 on a streaming service seems like the way to go. It also follows a recent trend of studios opting to launch their movies on streaming services, after Disney put Mulan and Soul on Disney+.

According to a news release, Wonder Woman 1984, “will be available for a month on HBO Max in the US at no additional cost.” What happens to the movie after that month is unclear, however. Ann Sarnoff, group chair and CEO of WarnerMedia’s Studios and Networks division spoke about the decision:

This is an amazing film that really comes to life on the big screen. Working with our partners in the exhibition community, we will provide that option to consumers in the U.S. where theaters are open. We realize that a lot of consumers can’t go back to the movies due to the pandemic, so we also want to give them the option to see Wonder Woman 1984 via our HBO Max platform.

Wonder Woman 1984’s director Patty Jenkins tweeted out her hopes that the movie brings everyone joy this Christmas season, and urged viewers to watch it in cinemas if possible. Warner Bros. Pictures recently delayed a large chunk of their upcoming slate of movies, such as The Batman and Dune. Fortunately, it looks like Wonder Woman 1984 will actually make its release date this year.