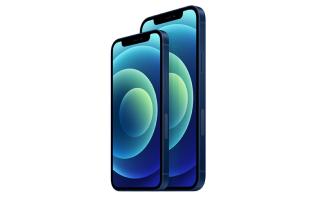 Apple is hit with a lawsuit over its iPhone XS marketing images which misled one woman into buying it without realising that it has a notch.

Courtney Davis filed a complaint in the Northern District of California and accused Apple of hiding the notch in its iPhone XS marketing images.

“Images that disguise the missing pixels on the Products’ screens are prominent on Defendant’s website, as well as in the advertisements of retailers who sell the products,” the complaint said. “These images were relied on by Plaintiff DAVIS, who believed that the iPhone XS and XS Max would not have a notch at the top of the phone.”

Davis also had other issues with the marketing images. She claimed that Apple shouldn't count the pixels on the corners of the iPhone XS in its promotional materials as they are actually rounded off. Davis also called out in the lawsuit that the iPhone 8 Plus is a superior device.

The iPhone X Product is advertised as having 2436×1125 pixels, but in fact does not use true pixels with red, green, and blue subpixels in each pixel. Instead, the Product has only false screen pixels, with just two subpixels per false pixel (2436×1125×2 = 5,481,000 subpixels), and it does not actually have any subpixels at all in the notch at the top of the screen or in the display-area corners. In contrast, the iPhone 8 Plus has a higher quality screen than the Product, with more subpixels than the Product (1920×1080 pixels×3 subpixels per pixel = 6,220,800 subpixels). In contrast to the Product, the iPhone 8 Plus does not have a notch at the top of the screen or rounded corners of the display area.

Consumers, including Plaintiffs Davis and Sponchiado, relied on Defendant’s [Apple] marketing campaign depicting the Products as having superior screens than cheaper phones, including the iPhone 8 Plus, which has genuine pixels on its screen, a larger rectangular surface area than the Products, and is sold for less than the price of the Products

Davis' lawyers are seeking class-action status for the lawsuit and damages from Apple. Given the nature of class-action lawsuits, it could take some time before there will be any significant development.